A thoroughly unproductive day and not really in a fun way.

I did start the Carbeth cardigan in the morning, so that was good. 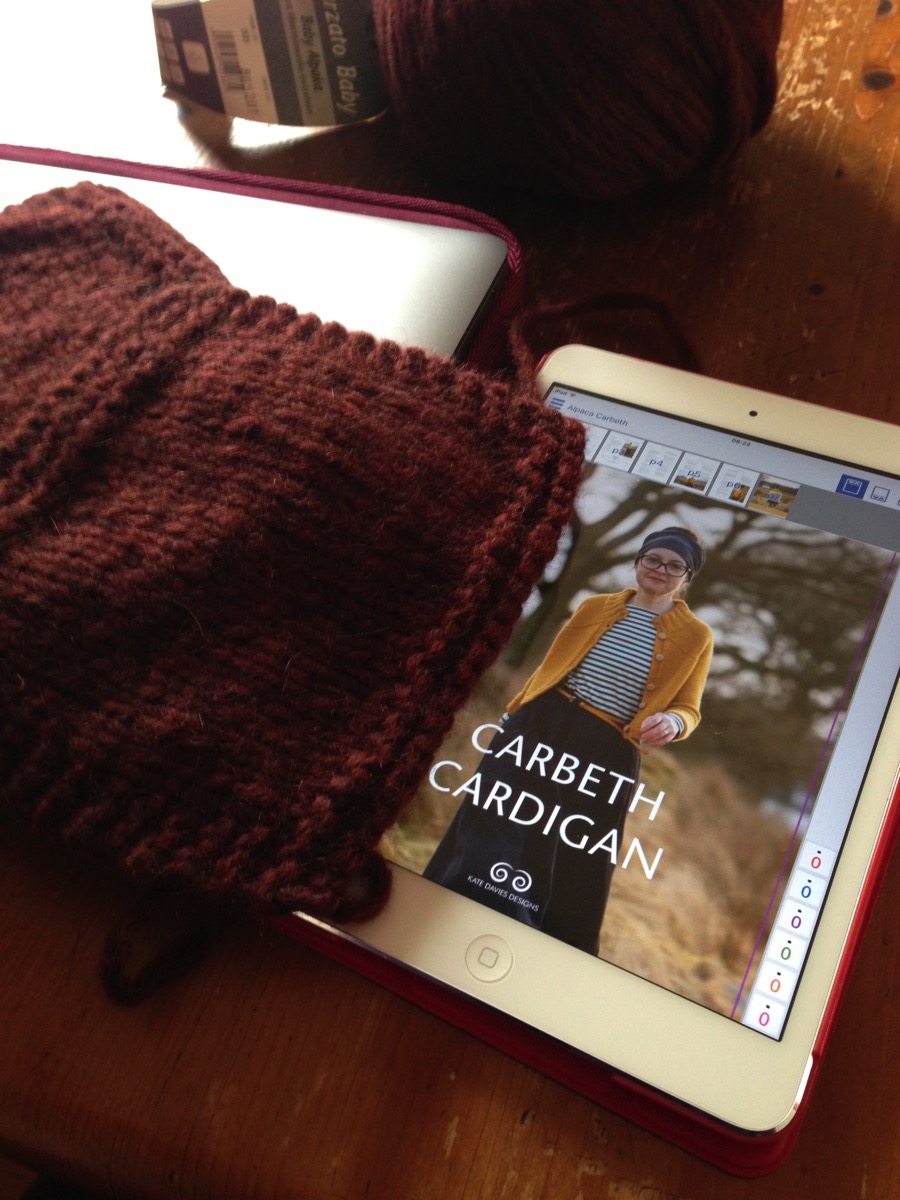 Piano tuner was late, as usual, and it was his son coming, not himself. The son thought he was here for tuning my piano. Didn’t know he should install the LifeSaver in the piano. So he went back to the shop and fetched it. Got it installed and even vacuumed behind the piano but couldn’t attach the LEDs to the underside of the keyboard. So he said he’d be back in the afternoon between four and five.

There was a very Bavarian lunch of potato salad and Leberkäs, and then a bit of a break while knitting, and then I realized that I had to stay in the kitchen to wait for him because I didn’t know if he knew that there’s a second doorbell for the annex.

So I waited. And checked instagram, as one does. All afternoon.

He turned up at 4.30, found that the wooden thingy he had made needed something different, worked on it with his cordless drill for a bit and then – broke it.

He’ll come back later some other time. He said that he was sorry about six times or so. I tried to tell him that I know how these things go, it’s perfectly normal that there are complications, no big deal. The LifeSaver works, it’s just the LED-thing hanging in thin air.

Then it was almost time for dinner.

And then the boy texted that he would be late. And I waited for the boy. And for my husband who was outside trying to fix the greenhouse. The panels keep falling off which is a pain. And without the panels the greenhouse isn’t much use.

So my husband and I had dinner rather late, and then I waited for the boy to show up. He was pretty happy that his internship was over. He learned a ton and did actual useful work and even got a bit of money as a bonus.

Then the boy and I watched some TV, and then it was way too late to do the dishes and then I went to bed a little late.

Today there will be the cleaning of the house and the packing and the baking of the Hefezopf and the winding of the yarn and the being nervous because of travel and a shower in the evening because I won’t rush out the house at 7.35 with wet hair.

So, lots to do. Not quite the right mood for writing, I guess, but we’ll see.