It was all about the spinning yesterday, and I did actually finish the yarn I wanted. Even washed it right before bedtime. So I’m hoping it will be dry and ready to be wound into balls on Friday so that I can take it with me.

In the morning – after the boy had finally gone to work and hour later than we thought he would – just as I was getting ready to take a shower my MIL showed up, saying that the guy who will fix the fence would be coming right away instead of next week.

That was unexpected. I thought it better to shower after lunch instead.

I did teach one student. But before that I sat down, watched some bike racing and spun. And spun. It took me 2 1/4 hours to finish spinning the fiber. The I had that lesson and after that I plied. And plied.

The plied some more. Right up until bedtime. So there was a lot of watching Netflix again. There is this documentary about breathtaking houses, that was fun. 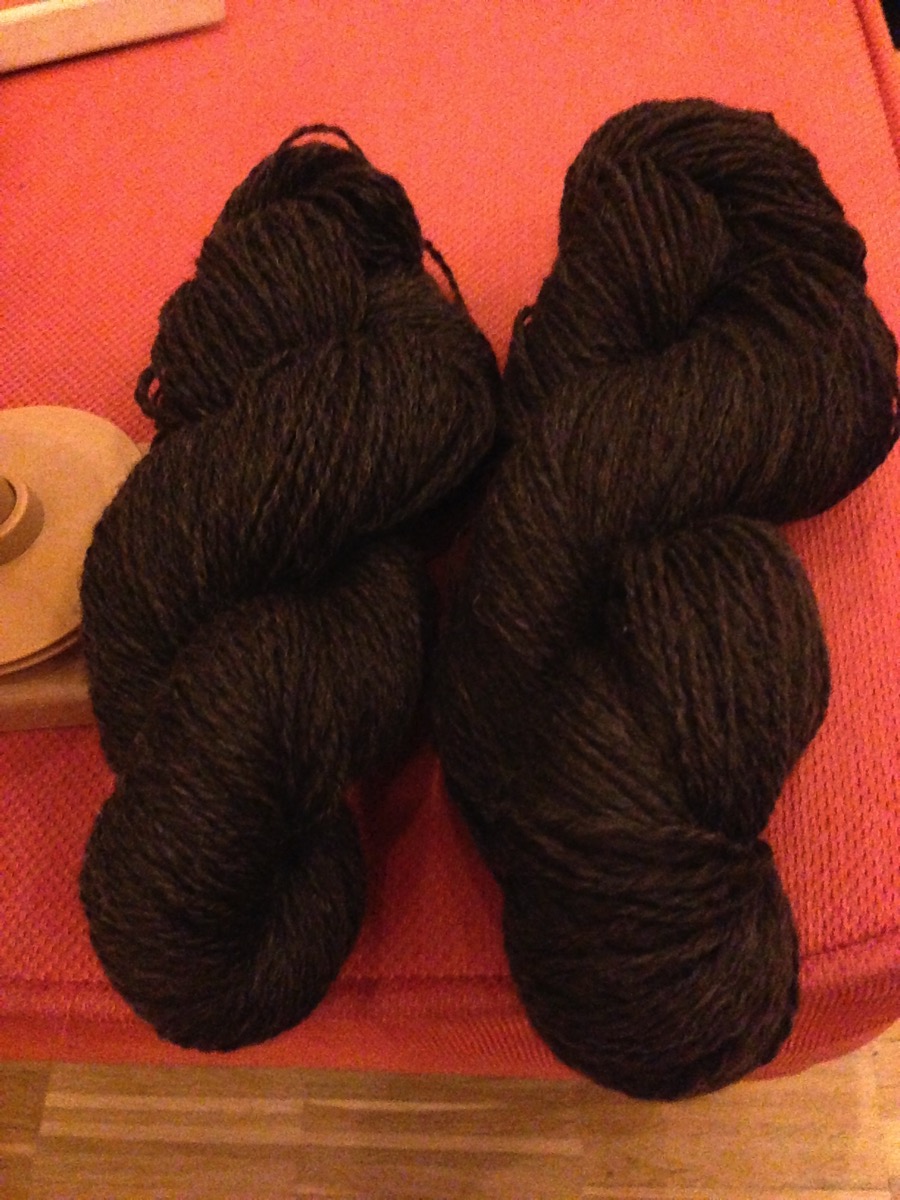 Today my piano will get its own lifesaver. The piano tuner will come by at eight to put that in. I have no idea how long that will take. And I’ll probably spend all morning waiting for them to finish.

There will be potato salad and Leberkäs for lunch. There will be some writing, and the making of the packing list, and maybe some baking.

My mother told me that I will not be allowed to walk from the train station to my parents’ house, she will meet me with the car. Apparently walking 2 kilometers is completely out of the question. She always does that, she thinks about how she would feel doing the thing I am doing, and then declares it to be too hard. Or too much work. Since she can’t imagine walking that far with all her luggage while traveling I’m not allowed either.

Never mind that I’ll probably only have half the luggage she’d have (if that) and am used to running 5 kilometers four times a week. I am about to give up pointing that out to her, or saying things like, „I’ll be happy to walk after sitting all day on the train.“ The concept of getting aches and pains because you didn’t move enough is completely foreign to her.

That visit will be great fun for sure.

Last day of internship for the boy. He has been a little grumpy that all his friends have had this week off already. I can totally understand but I still think it does him good.

And then Easter. I’m only home for Good Friday where we don’t really do anything, and then I’ll be traveling all Saturday.