So that was a semi-productive day.

I did get everything ready and the house clean in time to go out for lunch with my dear husband, so that was nice. Came home in time to teach my sole student of the day, and then I basically sat around procrastinating about writing. I tend to do that a lot. No, I’m not proud of it.

I made bread dough to be baked today, and I baked Nusszopf. It was weird, when I was looking for the baking pan I couldn’t find it anywhere. Then I actually went upstairs and asked my husband who had two students there, one leaving and one getting ready for his lesson. I felt rather guilty about asking in such a bad moment but I was desperate. The dough was already sitting there and I didn’t know what to bake it in.

„Oh, that one,“ he laughed, „um, I didn’t know that you’d need it.“ That sounded ominous. „I used it to store the potatoes I had set aside for planting in the yard.

Right. My very new baking dish, the one that I had gotten explicitly for the Nusszopf that both my husband and my son love to eat for breakfast, the one that was somewhat pricey and had only been used thrice, that one was the one he used for the potatoes. Not any of the other baking pans and forms and such that are sitting in the basement slightly rusty and neglected.

Well, at least it was easy to get the potatoes out, and to wash the dish, and then I made the cake.

The boy came home, carrying a frozen pizza and I realized that I was just using the oven which meant that he would have to wait with dinner until the oven was free again. Oops.

He was a good sport, we talked about his day and then he got his dinner after the Zopf was done. 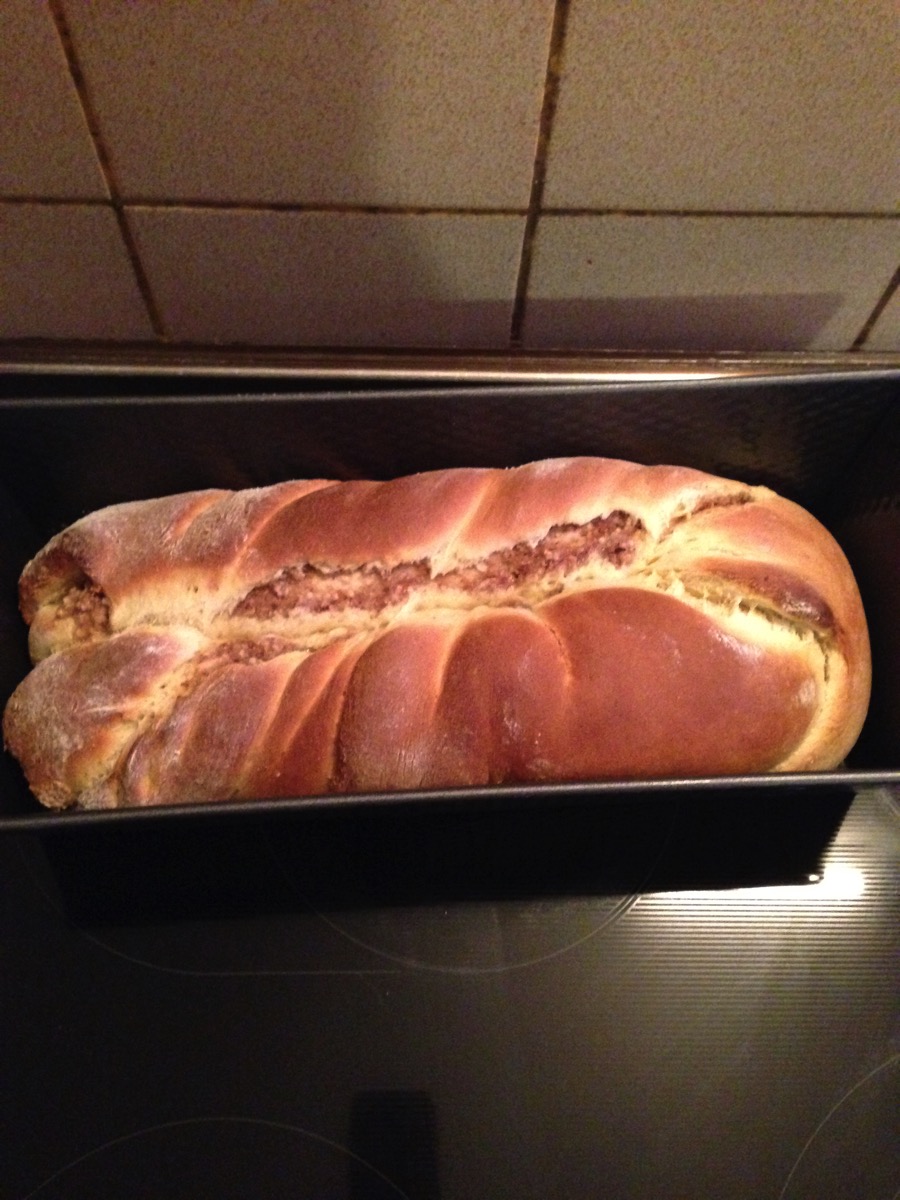 The boy didn’t want to watch anything so I sat down in front of the last episode of „Dollhouse“ with my spinning wheel and spun another 20 grams as a sample for the cardigan I want to make.

Had another beer, went to bed too late, and that was that.

Today there will be walking (I’m still not up to running, meh.) and music and writing (lots of writing, I’m behind again) and maybe some microphone tests, Who knows maybe I’ll even press the fabric for the dress I want to make.