Sp yesterday was again filled to the brim. I gave up on cleaning after folding and putting away two loads of laundry, and instead sat down with the bank statements for our mortgage and tried to find out how soon we can be mortgage-free if we pay and extra 1,000 € every year. (The answer seems to be 2024.) And I weighed and measured the yarn I made from the advent calendar-fiber: 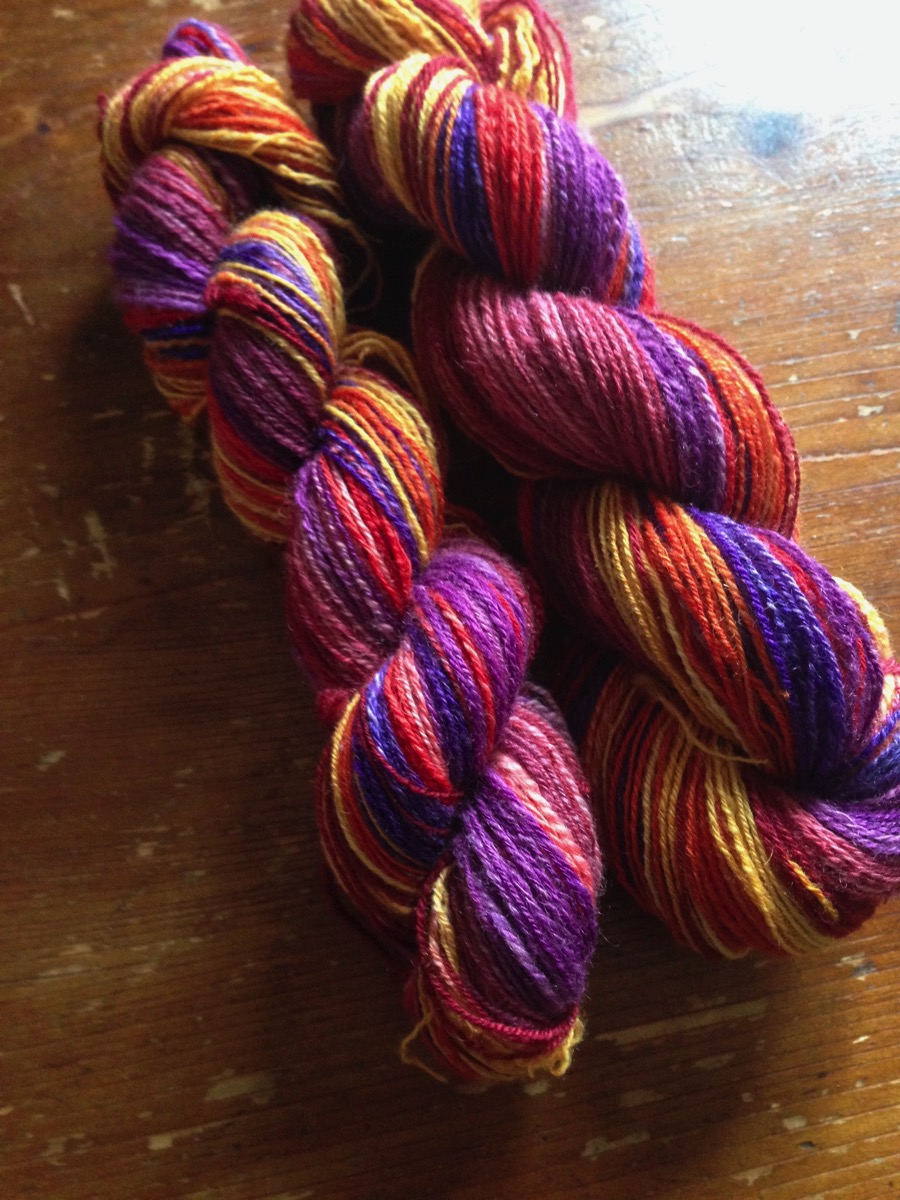 Then things turned a  little weird because I hadn’t heard my husband come back from his run and started to worry (that’s the downside of having a house in two parts). When I decided to take a shower I saw his running clothes laying on the floor of the guest room, so he had come back, and then I couldn’t find him anywhere in the house, and thought he might have gone to get beer and soda because we’re low, but then the time to start cooking lunch came and went and I realized that he had in fact gone out for lunch. Without telling me.

Turns out that he thought he had told me, and I didn’t know a thing. Which meant I had to scramble to do something for lunch for the boy and me. Take-out is a marvelous thing is all I can say, and the boy even came home in time to get it which was very good because at that point my hair was still dripping wet, and going outside with wet hair in the snow is not my idea of fun.

I was pretty flustered after that but managed to teach all my students, and had a talk with my husband later in the afternoon.

The boy and I did not watch anything last night because he still has his report to write, and I still had to practice the songs that I will be playing tonight. 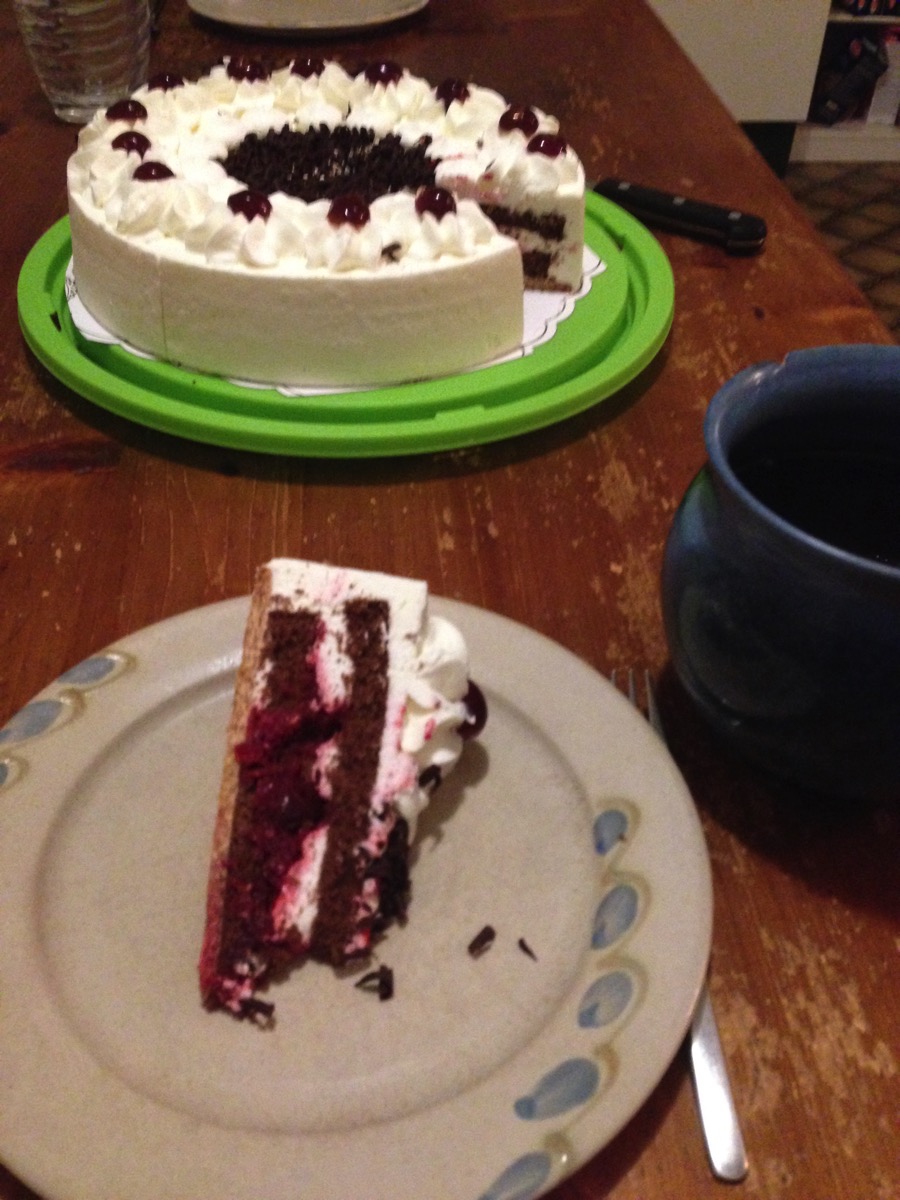 So today there is cake for breakfast, and then there will be the baking of the Indian rolls, and then we will pack everything we need for the performance, and have stage-fright, and possibly fight (which we tend to do before performing but we have become better over the years), and then there will be lots of people (unless nobody comes which would be worse), and there will be music and beer, and a party, and going to bed late.

And then on Sunday there will probably not be much of anything to make up for it.