And yesterday was another full day.

It started out a little weird because I didn’t want to get up at all, and sat in bed with my phone for an hour before having breakfast. And then the boy slept and slept and slept until I finally woke him up at noon which is really unusual. Well, we do have a rule that he needs to be downstairs for breakfast at 9.30 but he forgot to set an alarm, and also seems to have needed the sleep.

I waffled about baking for ages but finally decided to make salty rolls after all. So I made the dough, went running, made the rolls and put them in the oven, took a shower, and went to spinning meeting a little late. 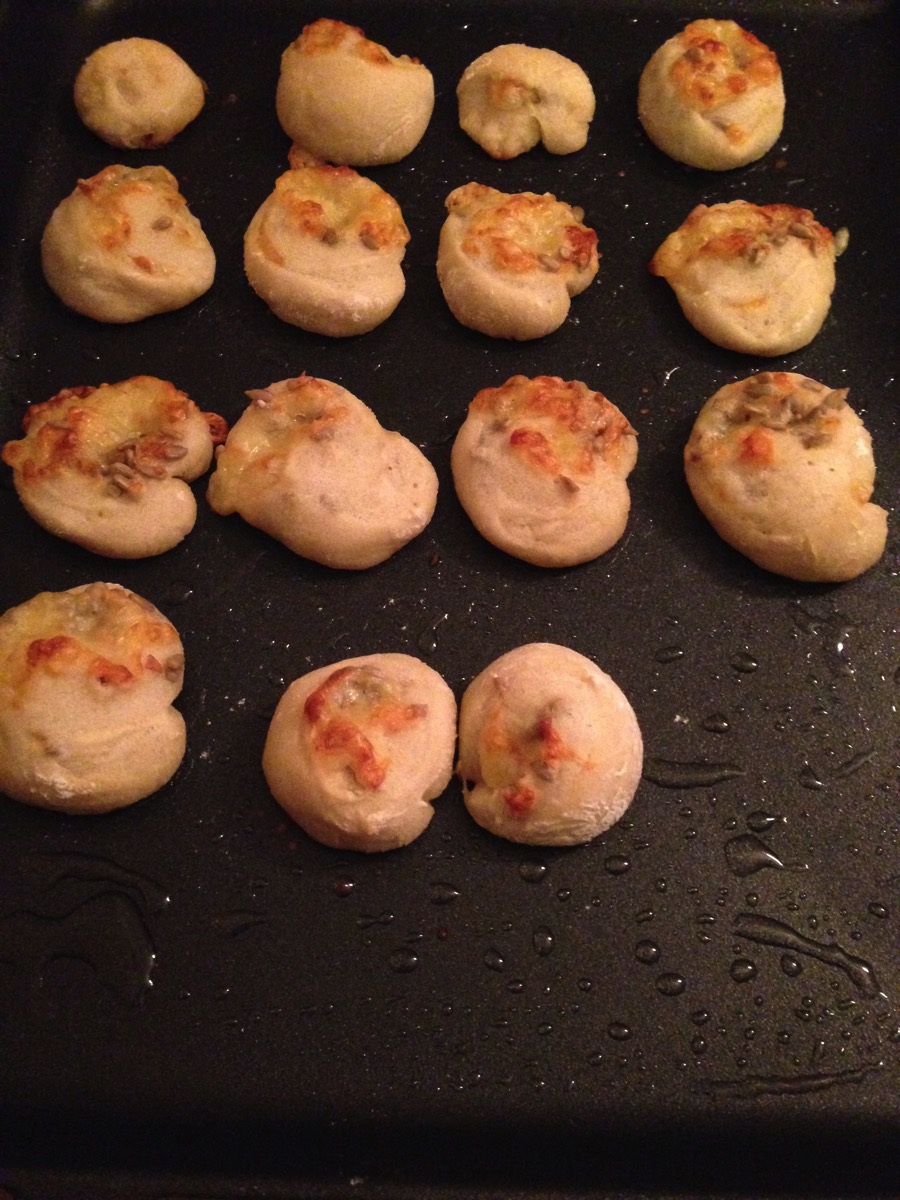 I had thought about riding my bike but was afraid it would be too cold, and also maybe a little icy on the way back but in the end biking would have been completely fine.

The bus takes a little longer but not really long, and on my way back I was so fed up with sitting all the time that I got off the bus two stations early so I could walk a little.

Spinning meeting was really nice as usual, and we sat and talked and spun but then I was getting a little restless, thinking about all the things I want to do, and also in need of a bit of downtime so I left early.

At first I had wanted to make good use of the hour or so I had until dinnertime but then I decided to just hang around and do nothing for a change, and now I’m hoping that that was enough of a weekend slump for this week.

We all had dinner together, and then we all did the dishes (my husband thought if I’d leave them until later they wouldn’t get done – since I had been away nobody had washed anything since breakfast), and then it was so late that the boy and I only watched one episode of „How I Met Your Mother“, and then I basically went to bed, turned out the light at nine and slept for 9 1/2 blissful hours. I really need to go to bed earlier during the week.

The boy has decided to get a grip on his life (again, but then that really never stops, doesn’t it?) and cleaned his room yesterday including cleaning the toilet and changing the sheets on his bed (without prompting!). And then he told his grandmother that he wants to change for the better, and that he needs more sleep during the week, and wants to attempt getting ready for bed at eight every night. Which is a good plan, if he does that he will be able to spend some time reading before turning out the lights, and will get his ten hours of sleep.

Well, he shouldn’t have talked about needing ten hours of sleep. She basically went at him saying that we’re the only people who think that people need that much sleep, and that nobody else thinks this. Did you know that teenagers need more sleep than children who are a little younger? Yeah, I found that surprising as well. (And no, that’s not just my opinion, look it up on the internet.) I think that’s the reason why they all sleep all day on the weekends. So if the boy turns out his lights at nine he should be good.

But then we live in a world where everybody thinks that six hours of sleep is plenty, no matter what science and your own experience says. Of course, if you’re all sleep deprived and you sleep in once in a while you feel terrible. Your body basically goes into hibernation mode, and you’re foggy and tired. But. If you get enough sleep every single day your life is so much better. You feel better, your brain works better, you don’t get fat as easily, and you reduce your risk of cancer.

So what’s better: watching another thing on Netflix while being brain-dead, or getting an hour more of sleep?

And the cool thing with sleep is that it is really hard to overdose. If you just go to bed early every day, and then you sleep soundly you’ll just wake up when you’ve slept enough.

Speaking of sleep, tomorrow I’ll have my ENT appointment where we discuss my sleep test. That will be interesting. Or not.