So yesterday I was completely without voice for most of the day up to a point where my husband felt like I was mad at him all the time because I wasn’t talking. Which is funny because he knew perfectly well that I wasn’t mad, just sick.

I spent a lot of time thinking about the new novel idea. I also spent some time helping my husband set up his very old computer in the basement for recording which included searching the whole house for the right kind of firewire cable.

Then my husband had a friend over who wanted to record her congas so she could sell them better. She brought cake: 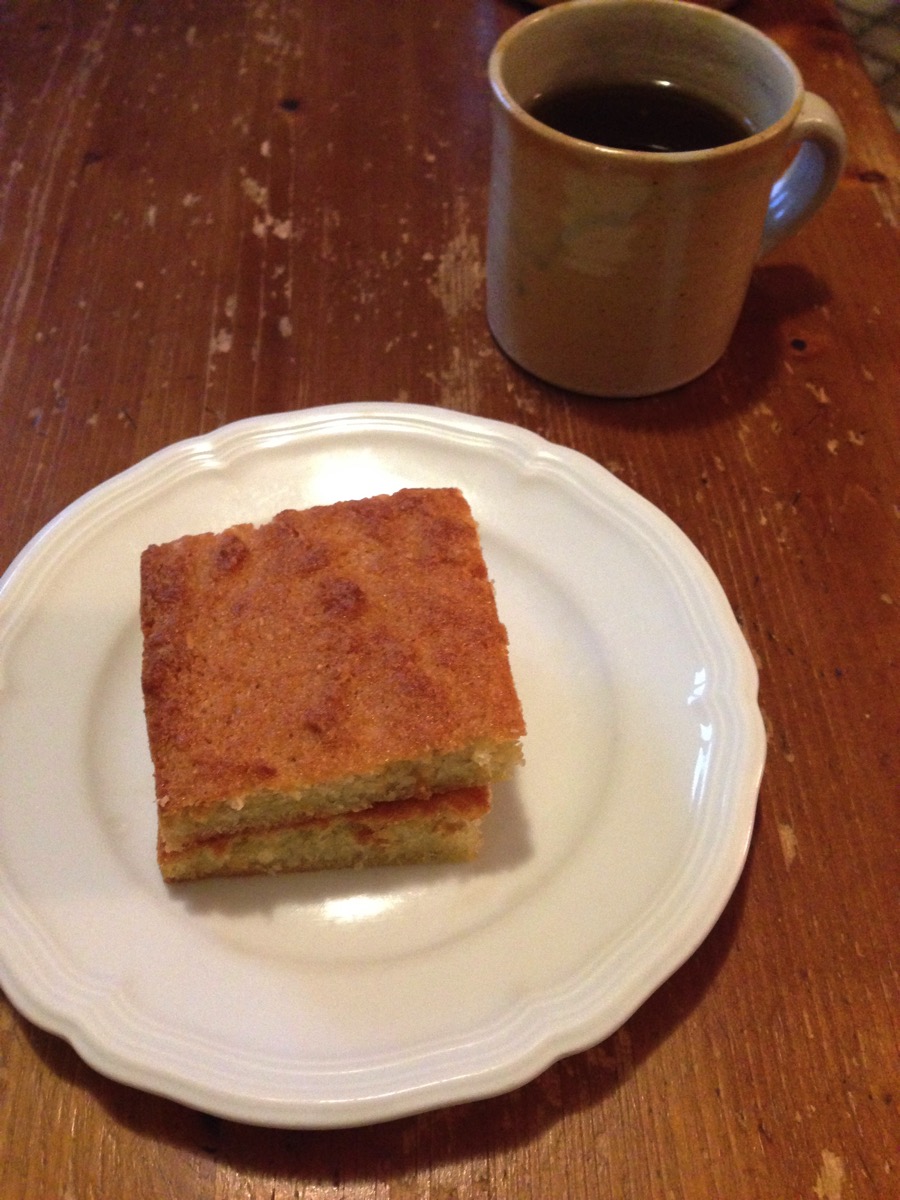 We now own a new pair of congas, by the way.

In the late afternoon I started waiting for the boy to make his way home. When I checked his train it said that it wouldn’t stop where he was supposed to get on which threw me into panic mode. I looked up alternate trains and sent him a message.

In the end his train was merely late. But the train app never said so. He also managed to step on the wrong part of the train, the one without his reserved seat, and didn’t buy himself dinner because he was too shy to ask if there was any vegetarian food left in the train bistro.

He came home at 10.30, finally had dinner, and we all went to bed around midnight. Which means I’m a little tired today.

It’s back to teaching today which will be fun without my voice but it’s starting to get better already.

I’m planning to do some more work on the new novel idea, and that’s mostly it.

The best thing will be falling into bed early. I hope I’ll manage that.