I woke up early and did yoga for the first time in ages. Had breakfast, talked with my husband, crocheted a  bit and then I actually mended a pair of leggings and two dresses: 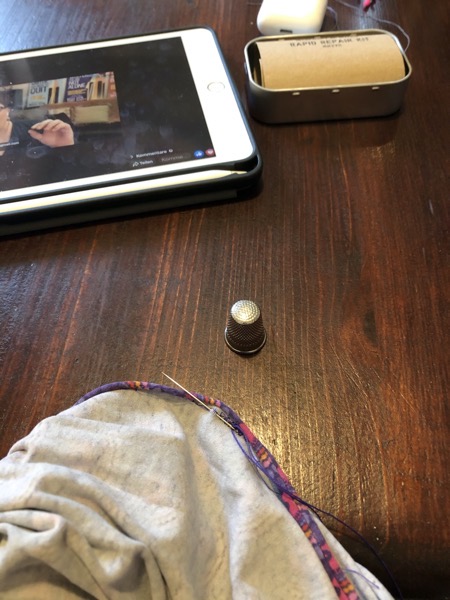 I wanted to wear one of them that same day and so I had to fix the torn seams. I opted for sewing them by hand because it is quiet and fast and doesn’t require pulling out the sewing machine. I can just do it while I talk to the rest of the family – or rather watch a video or two in this instant. I mended everything purple in this round plus the pajamas I wanted to wear that night.

The morning had started out sunny and pleasant but it did turn a little nastier later with rain. And it never got warmer all day. So I went running and loved it: 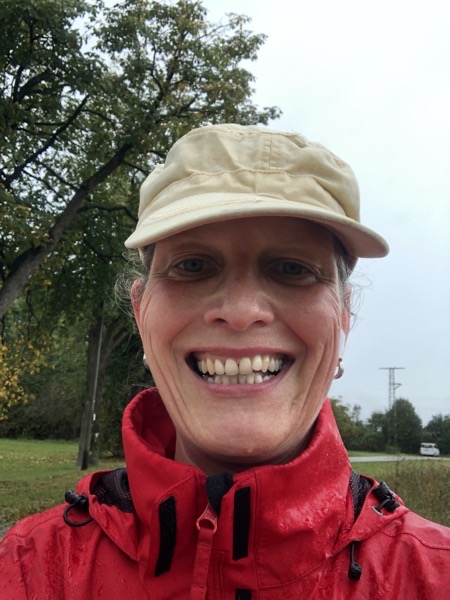 You have to remember that I grew up in a region where the joke goes: „How do you know that it’s summer in Bielefeld?”

„The rain gets warmer.” 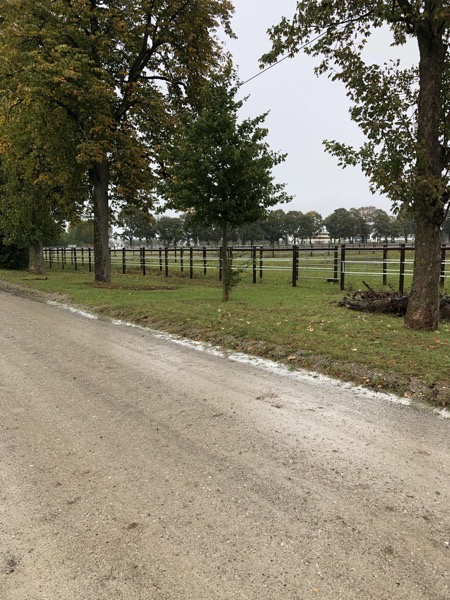 Not only was there a lot of water from above, the paths were all muddy too. There are quite a few trucks going through those fields at the moment. The train tracks are being repaired and they are doing something to the fields to make them into some sort of nature-flower-thing. Mind you, heavy trucks can do a lot of damage to a road that’s just packed dirt. 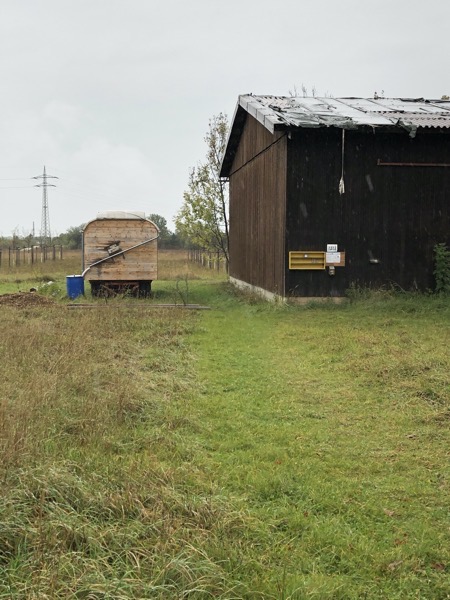 Of course I did not take a picture of the bad roads. Instead you get a few impressions of my halfway point. It did 68 minutes, I walked for five minutes, then did intervals of 2 1/2 minutes of running and walking each, followed by 5 more minutes of walking. I have to admit that I skipped the last running interval but other than that things went well.

It’s funny, my husband ran all around the same field and complained that the mud was so severe that he had to walk way more than usual. My husband, by the way, did not grow up in rain country.

He did make lunch all on his own, all I contributed was to set the table and grate parmesan. Lunch was very good but I still have no idea how to eat macaroni: 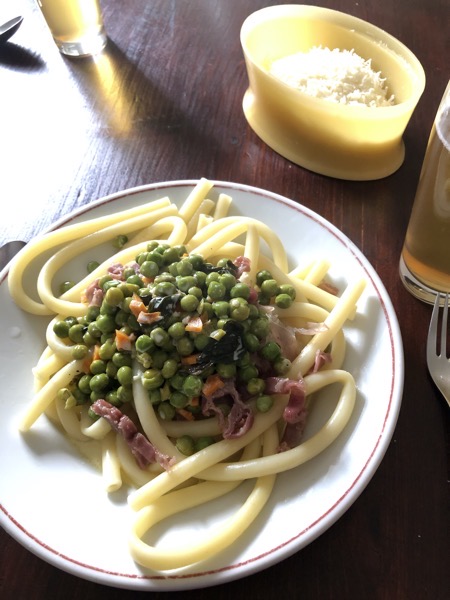 The afternoon vanished in a haze of reading stuff on the internet, a Facebook live, a lot of crochet and intermittent reading. I might have bought the second in series and have read half of it so far?

In the evening the boy and I were just getting ready to watch ‚Eternal Love‘ when the boy got a message that another 12th grader at his school has tested positive for COVID-19. So the whole grade is supposed to quarantine and get themselves to the test station ASAP. School will be online starting on Monday. It’s only for a week because the window for infection started at the end of September.

Now, it is still pretty unlikely that the boy is infected. I was freaking out about how to get him to the test station without having a car and without using public transportation but a friend of his stepped in and offered to take him. Phew.

Also, I would feel better if he hadn’t had dinner with his grandmother on Thursday. But we didn’t know and it is what it is.

So I guess I’ll think about what to do with this information later today.

I did a load of laundry because we were running out of masks and the boy and I watched an episode of ‚Eternal Love‘. This one seemed a little slow. We are now almost half-way through the series, maybe this was deliberate before the start of the second half. We’ll see.

Today there will be all the stuff because I didn’t really get anything done yesterday.