I woke up around five or so and didn’t get anything done at all before breakfast.At least breakfast was on time. I didn’t sleep well because of brain weasels. But then there was soothing knitting: 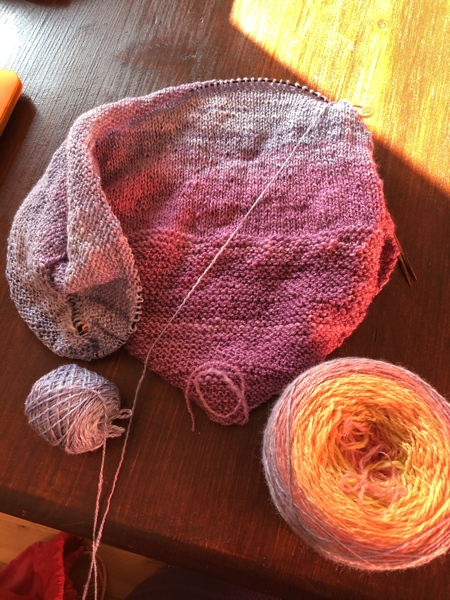 Daily family meeting went alright, the boy was almost punctual. The I did the usual morning chores and was just about to leave for my walk/run when the boy came downstairs and said that my mother-in-law wasn’t feeling well, was all dizzy and wanted to take a taxi to the doctor’s office. We both tried to make her stay at home but she was determined. When I asked her if she had looked at her blood pressure she said she hadn’t measured anything but that it was surely way too low and she needed to see the doctor right away. If she called beforehand they would just tell her to come in an hour later and by then she would be lying on the floor unconscious. So the boy did not start his school work as planned but instead went with her in the taxi. He helped her from the taxi to the doctor’s office up the stairs and all and then walked back home. It’s just five minutes if you’re not frail and dizzy.

Then I went walking/running: 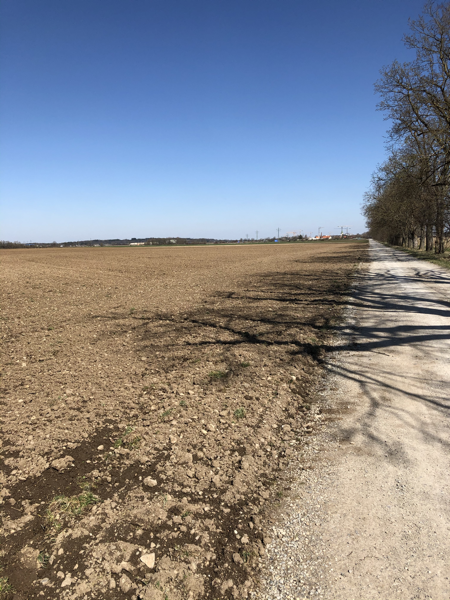 By then I was already pretty late and lacked the oomph to run a lot. I cut the whole thing short by ten minutes or so. I also was so out of it that I forgot to start my running app at the beginning. I only realized when I didn’t get a reminder to start running after the warm-up after five minutes. 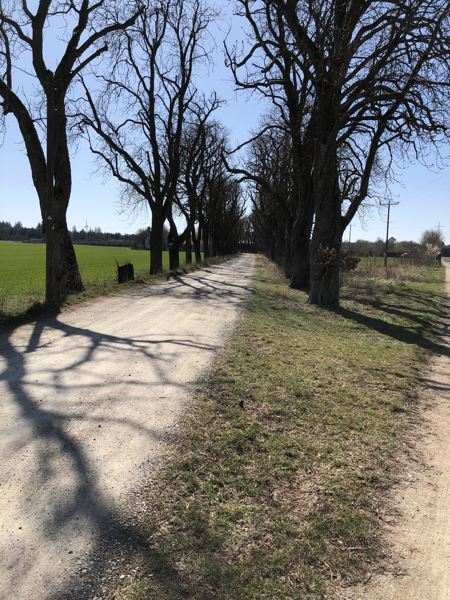 Came back home just in time to help with cooking, explained what had happened to my husband and just when we sat down to eat the boy got a call to come back and get my mother-in-law again. He had to eat later. Food was yummy: 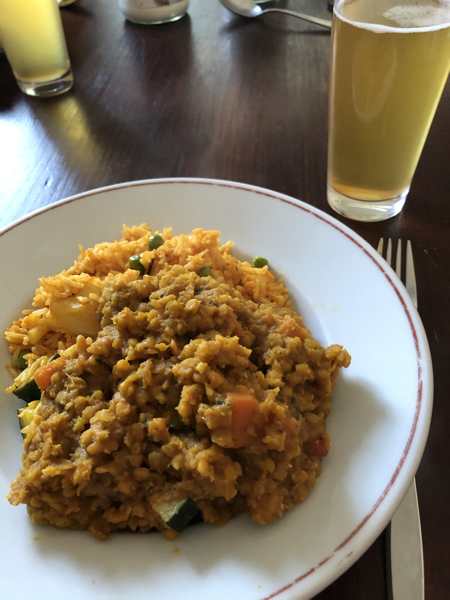 The boy came back and told us that the doctor doesn’t know what’s wrong either, that her blood pressure was way too high and that she had gotten another blood pressure pill. She already felt better on the way home but still not all that great. So, in hindsight it would have been better if she had taken her blood pressure at home and phoned the doctor’s office. What with the coronavirus and all.

After lunch the boy went to take a nap, I did the dishes and then wrote all the emails to all the students because of our new online teaching. My husband needed to discuss a ton of things with me. I had to teach people how to use Skype while still learning about it myself and the boy wanted help with his school stuff. At least we got him set up in the living room with my old laptop and that made him marginally more productive: 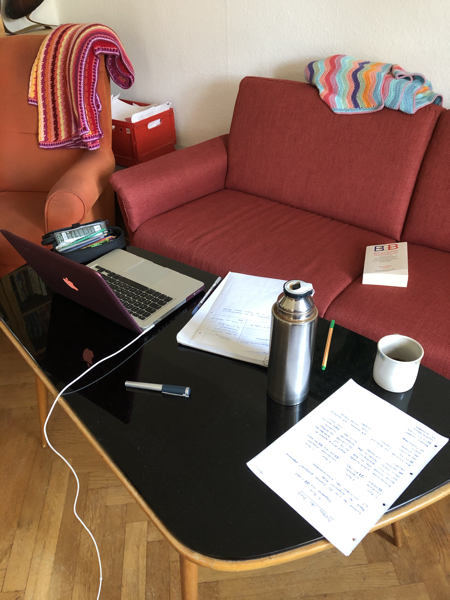 I helped connect my husband with Skype for his first student and managed to put on a skirt just in time to start my own teaching day. I would have preferred to be better prepared but there was no time left. I taught four students over FaceTime and Skype and it went pretty well. It’s not perfect but we’ll manage. I got the impression that the students and their parents are as happy about that slice of normalcy as we are. And I am really missing my students. This is what it looks like, by the way (and this is the less messy part of my studio at the moment: 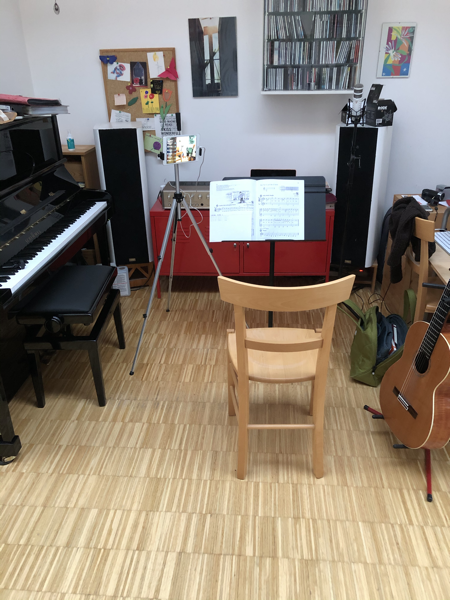 Teaching over tablet. For piano lessons I move the tripod, the music stand and the chair and turn the iPad so that the students can see both my face and my hands on the keys.

The whole affair is still rather exciting, and somewhat exhausting. I miss the transition periods between two students when one packs up and leaves the room and the the other comes in and unpacks. When I teach the students in person I can put things away in those moments or go to the bathroom real quick. Also, the big wall clock in my room is behind me in this setup and that makes it much harder to keep track of time. I kept glancing around the students’ homes in search for the time. Maybe I should move mine in the future.

Afterwards I was totally ded. Then my husband and I compared notes. I helped make dinner, the boy had lots of questions regarding school stuff again, I did the dishes, he talked to me some more, I started writing this post and then I got ready for bed.

In the morning I finished Lindsay Buroker’s „Battle Bond“ and immediately preordered the next in the series. I waffled about what to read next all day (because the next in series comes out in ten days), started a book or two and finally settled on „Blood & Ash“ by Deborah Wilde. The first fifteen pages were very promising. Seems I’m in an Urban Fantasy kind of mood.

Today there will be a trip to the health food store, more phone calls and emails with students and quite a bit of teaching through my little iPad. And if things go extremely well I will record the warmup exercises for my singing students. Or I might move the recording to another day and have them warmup with something else. We’ll see.

Lots going on at the moment. For all of us.