The week started out with me waiting for the boy’s return. It was a little weird not to hear anything from him until about lunchtime. I decided to take that as a good sign. If he had missed his 10.15 train I probably would have heard something. The waiting did not mean no running, though: 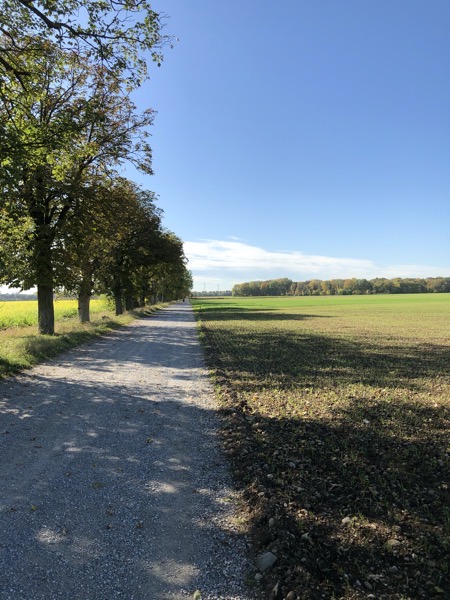 In the end he came home safe and sound and was unusually talkative when I finally finished teaching for the day. On Tuesday we made kale for lunch because the boy really likes it: 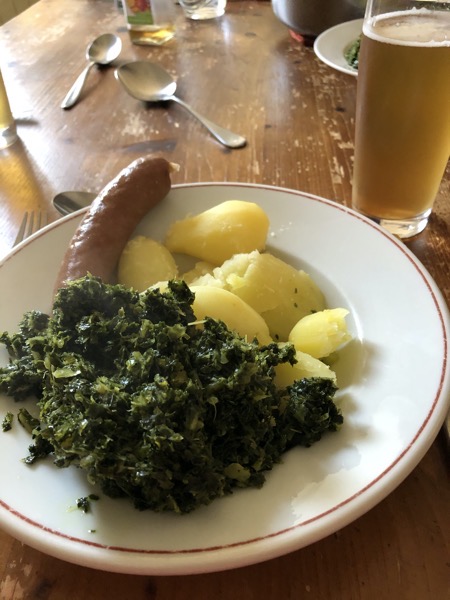 Wednesday morning saw me running really early because the piano tuner was due at 10: 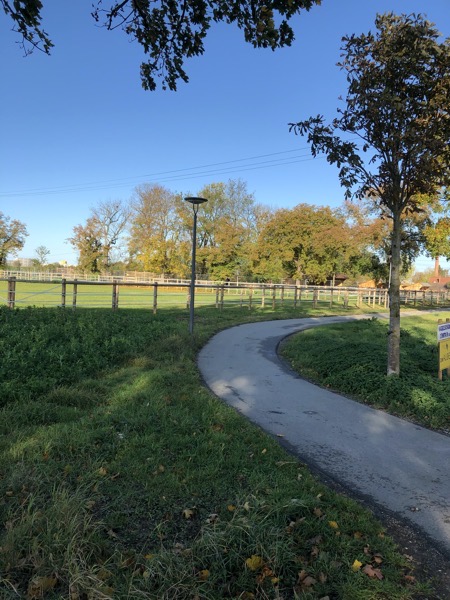 It turned out to be a good thing that I left my husband home to open the door because the piano tuner decided to come quite a bit early. We had chili for lunch. And in the evening the boy and I did some bodyweight training for once.

Thursday saw the culinary highlight of the week, home made Kässpätzle: 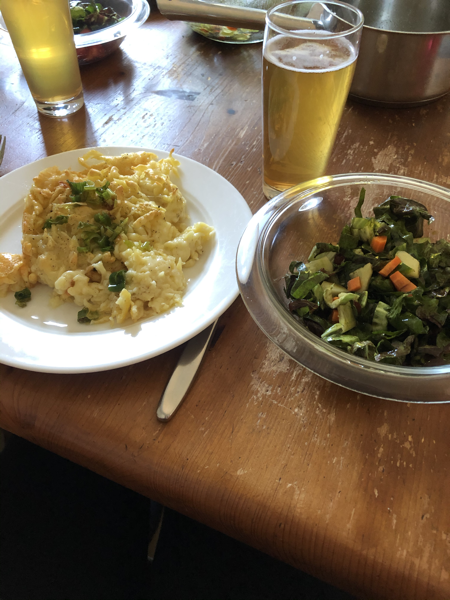 The boy had a career info thing in the evening. His week was rather busy with studying, trying to make up for the two days of school he had missed and that extra career thing.

On Friday I actually cleaned the house again, did more bodyweight training and then crashed more or less. 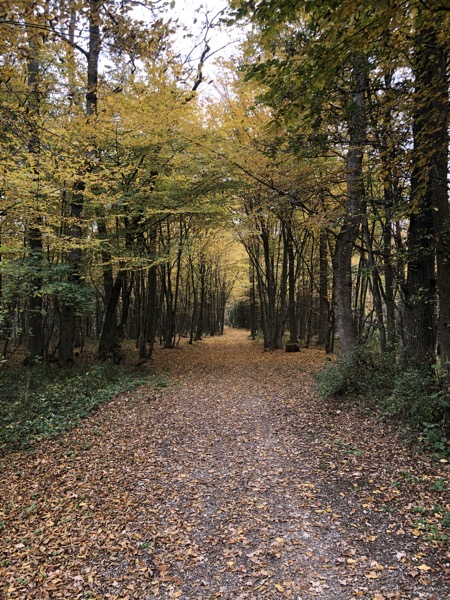 With pizza for lunch: 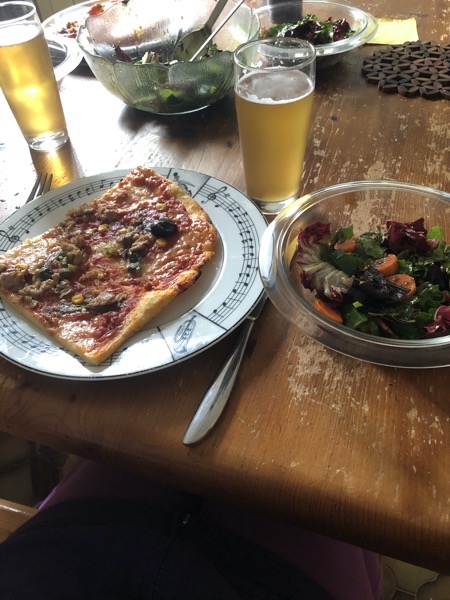 And I finished my Crazy Tee: 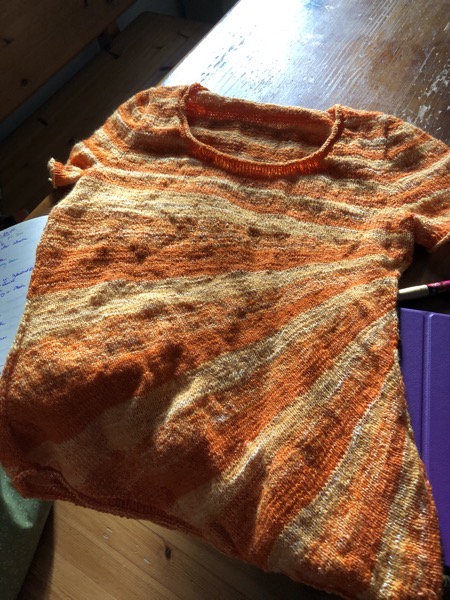 The thing I planned to do but then didn’t was a virtual writing retreat on Saturday. The plan was to spend some time writing in the morning and then a lot of time in the afternoon. It turned out that staying up too late four night that week resulted in the most epic Saturday afternoon slump ever so I just focused on getting through the day somehow and finally going to bed early.

Meanwhile my husband did all the yard work.

There had been plans to go to the pool on Sunday because the boy needs swim coaching for PE at school but he decided that he was too swamped for that with Inktober and three tests to study for the upcoming week.

So I spent the day mostly reading „Off the Clock“ (excellent time management book), helping with making a big Greek lunch and mulling things over. Here’s another picture of food: 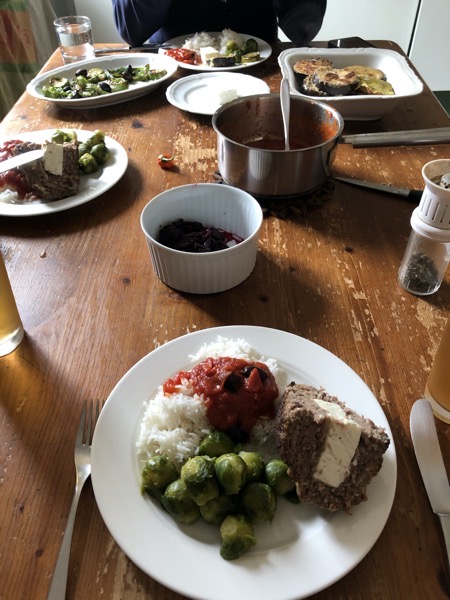 This week will be the one before the week of fall break. I have high hopes of getting enough sleep, writing like the wind and doing all the things.