I’m counting that as a major win.

I woke up at six, stayed in bed for half an hour longer thus destroying my chance of writing morning pages. I did do yoga and meditation, though. Baby steps.

The boy had to be woken up twice again, I have no idea how to get him to go to bed earlier. I can’t say anything, though, because I’m doing the same.

I had breakfast but he was too late and only had a cup of tea before heading off five minutes too late. My husband and I talked a bit while he was having breakfast and I finally wove all the ends in on the crochet blanket: 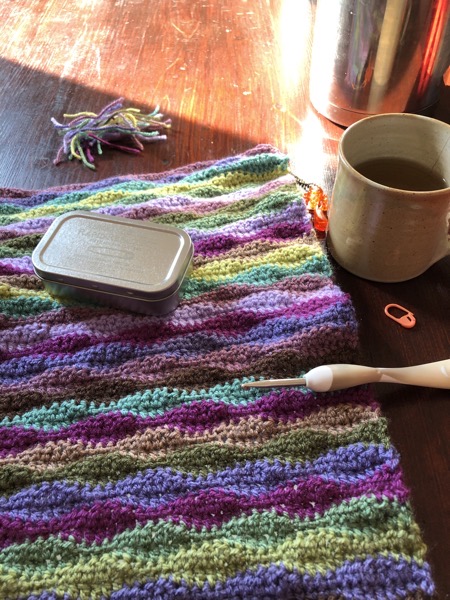 I washed a huge pile of dishes and then I actually cleaned the house. Phew. Including the toilet and washbasin in one bathroom. Since my husband was taking a shower at the time I told him that he has to clean the other one now.

We had risotto for lunch: 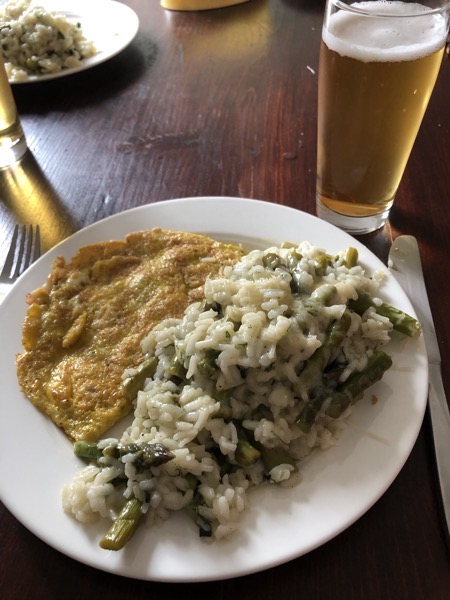 I then ate dinner while waiting for the boy. We wanted to watch ‚Torchwood‘ together. Because I wasn’t expecting him to be on time I watched almost a whole episode of ‚Accidentally in Love‘ while waiting. When the boy showed up he told me that he had fallen asleep. Then I started writing this post, did the day’s dishes, some yoga and went to bed on time.

Today there will be running. I’m not quite sure what else but I have a list somewhere.