I did get enough sleep for once but only because I dozed after my alarm went off and only got up at 6.30. It did do yoga and meditated, so that was good, had breakfast and then did not write. My husband had been angry at me the day before because I was right in the middle of something at the time when he usually shows up in the kitchen so I tried being considerate. Of course, he then was twenty minutes later than usual which means I could totally have gotten half an hour of writing in. Boo.

The boy did actually wake up without prompting and came down for breakfast at 10.30. Woot!

By then my husband had finished his breakfast, we had talked and I had done the dishes.

So I went out for my Wednesday run: 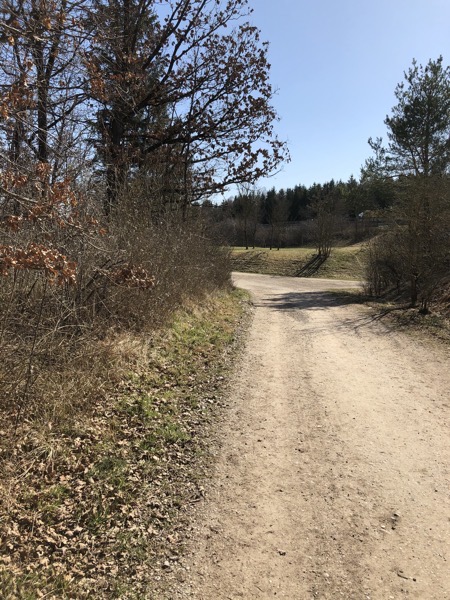 It was warm and dry and there weren’t many people out. 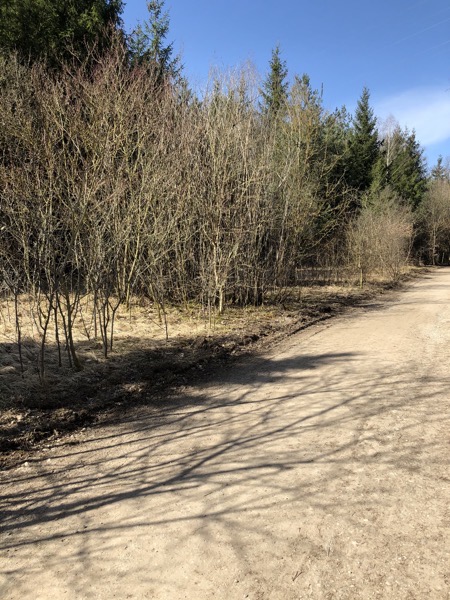 The sun was shining so hard that I was running without a jacket. 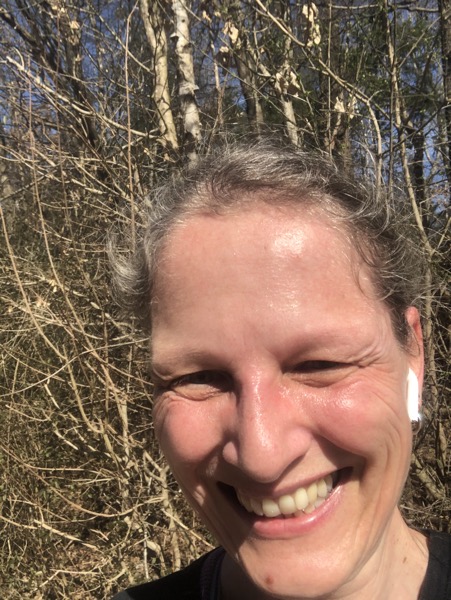 I’m only doing twenty minutes of intervals on Mondays and Wednesdays at the moment.

When I came back home it was still early. The mail person rang and I got a mystery package. 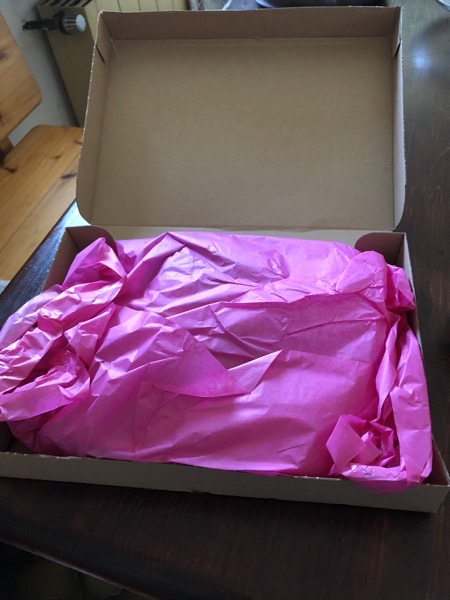 It was the first installment of my sock yarn club. I subscribed for three months and had almost forgotten about it. I hope the next picture isn’t a spoiler for you: 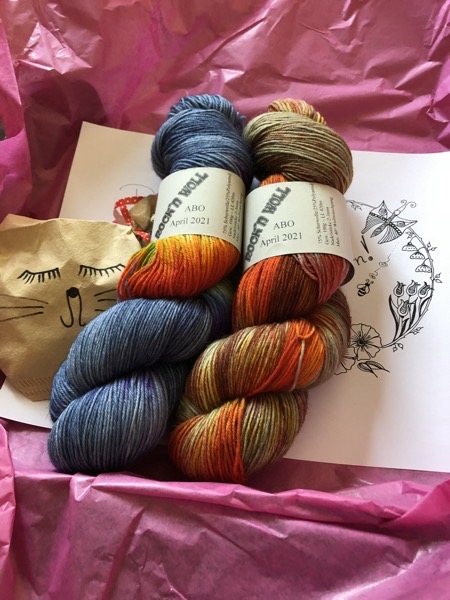 There were chocolate, stitch markers and buttons in the little coffee filter cat: 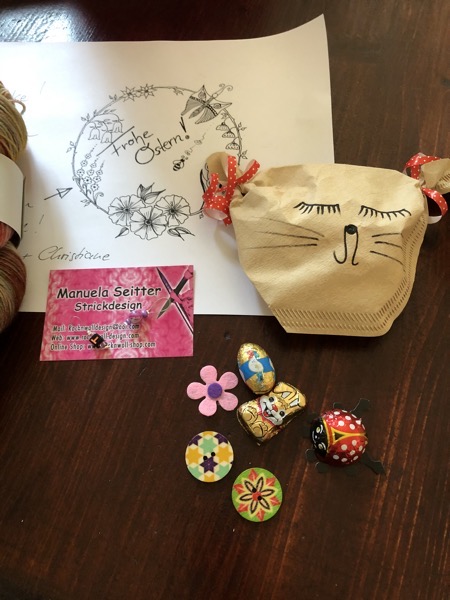 My husband had made tofu and green bell pepper from the „Every Grain of Rice“-cookbook. Very tasty: 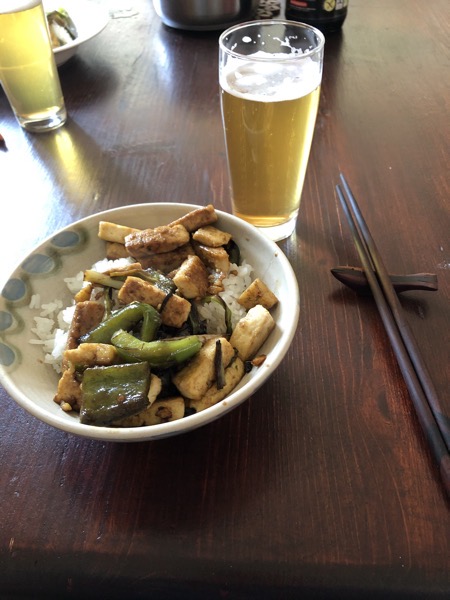 I did the dishes right away and then my energy for the day was all gone.

I read my way through Twitter and Instagram and was tempted to open Ravelry and got crankier and crankier because I hadn’t done anything important. I did practice a little Chinese in the morning but then just sat there in the kitchen.

Until I just went outside in the garden and found my husband. We sat on his porch, talked about the menu for the next few days (I bought amazing food and it is Easter after all) and we talked a bit. We concluded that these are times where everyone is feeling a little down and productivity is low and that it’s perfectly fine not to get anything done.

So I decided to at least fold the rest of the laundry and think. Unfortunately, that was the time of day where my husband comes and goes and wants to discuss things with me. So I’d be deep in thought for about five minutes, folding laundry and then the door would open. „Do we have bacon? Oh, I just wanted to get the Indian cookbook,“ then he’d be out the door again.

After the folding of the laundry and putting it all away I thought I might work on something novel-related but my husband was still in the menu planning stage so I just did some more Duolingo. It’s easy to put Duolingo down and pick it up again. Not so easy with novel writing.

I did manage to set my bullet journal up for April, at least. I’m not quite sure about my goals for the month. I’m still not getting anything done anyway. We’ll see. I put the same things down as the month before. Not very motivating…

I started writing this post right before dinner, finished it while my husband was eating leftover rice, texted the boy to show up already and then we watched an episode of ‚Torchwood‘ and ate.

I did manage to go to bed on time because one thing is completely clear – I need to do novel-writing in the morning before 8 am. If I don’t it just doesn’t happen.

Today there will be the walk to the supermarket (it will be super-crowded because tomorrow is a public holiday) and I’ll teach all afternoon.