Woke up a little late, did yoga but nothing else before it was time to make breakfast. The boy was extra late and skipped breakfast before his test. He came back an hour later and ate then.

We did all the usual stuff, I went running/walking for about twenty minutes: 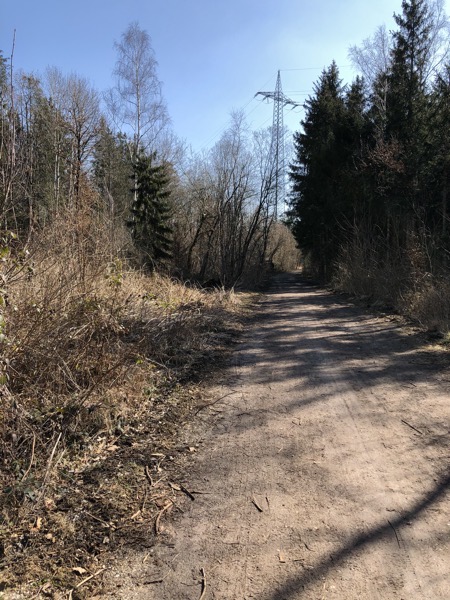 Took a shower and had lunch with my husband, the boy was eating with his grandmother. 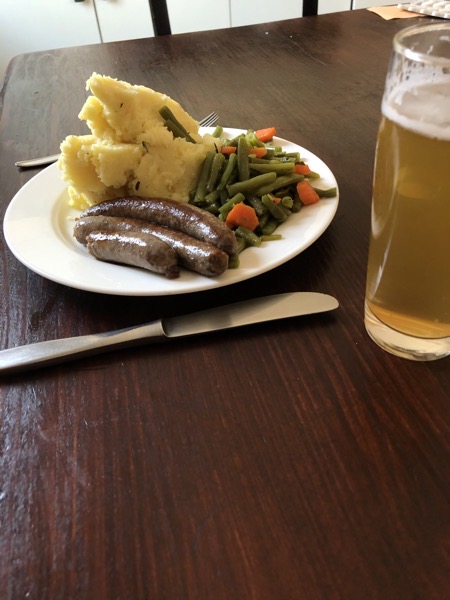 The bratwurst is made from lamb, first time ever that I saw something like this in the supermarket, so I had to get them, of course.

Then there was not quite enough time to do the dishes.

I taught all the students. While teaching my last student of the day I heard an incessant beeping noise but had no idea what that was. Also, it was starting to smell like smoke. That was weird. Since it was only five minutes before the end of my lesson and since I heard nothing else and was not sure if the beeping was outside or inside I let it be until I got off work.

Turned out that my husband had forgotten to turn the stove off after reheating the rest of the mashed potatoes for the boy. The whole house smelled of smoke and all the windows were open.

Fortunately, my mother-in-law had heard the smoke alarm and had fetched my husband right out of his last lesson of the day. I haven’t assessed the damage to the pot yet, it is sitting outside on the porch.

Afterwards got ready for my virtual knitting meeting. Got everything set up, settled down with my tablet and crochet, started listening to the first few people, found that 25 people was just way too much and that I was definitely not in the mood for more talking over screens and logged out again. Settled in fron of Netflix instead.

I did settle for too long and then it was too late for everything yet again. I decided to let the dirty dishes be dirty dishes, started writing this post and got ready for bed way too late yet again.

Today there will be a huge pile of dishes, walking to the supermarket, quite a bit of teaching and hopefully an earlier night. And the boy has a German test.