Which is weird. Especially since my husband has much less energy at the moment. I’m hoping that when the weather changes soon he’ll feel better.

I woke up early, lounged in bed for half an hour again and did my full morning routine. Made breakfast in tie for the boy to go to school and then worked on the novel-in-progress for half an hour before my husband showed up for his breakfast.

We talked, I crocheted, the wood stove warmed the house. I was pretty late for my run because I had looked up stuff on the internet and had ordered a workbook for writing Chinese characters. When I got ready to go out the boy was already back from school. Because the last two periods were online instead of in-person. Shrug. 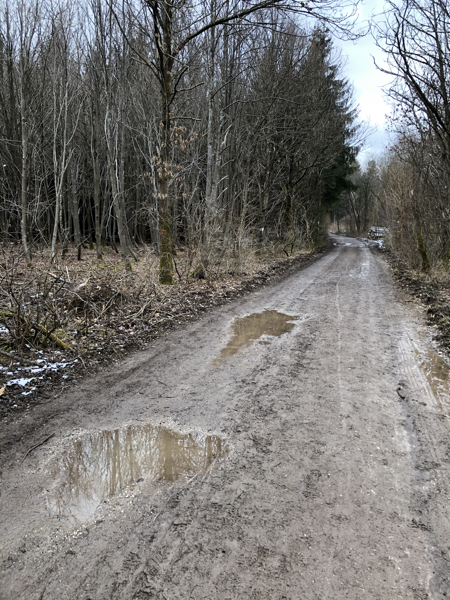 Yes, it’s still very muddy. I put my running shoes in the washing machine on the weekend and found that there is a small hole between between the first two toes on my left shoe. Now I know why my feet are instantly wet in that shoe and why I end up with mud all over my feet. Running still was fun.

I listened to a podcast in Chinese (an American comedian who does a Chinese podcast). It was fun even though I’m still at the point where it sounds like, garble, garble,garble, the US, garble, Chinese people, garble, garble, I don’t understand, garble, yes. I think I got a gist of what they were talking about and could hear different accents and mannerisms for each of the two guys talking but that was it. 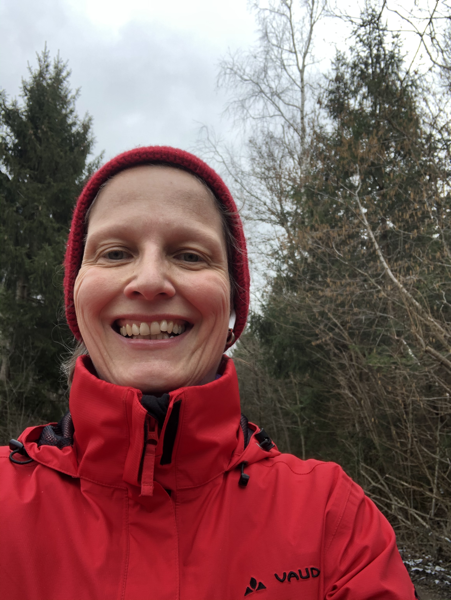 Maybe I’ll look for a Chinese podcast by someone who actually is Chinese the next time.

At home I took a shower while my husband made lunch. I was very hungry and lunch was delicious: 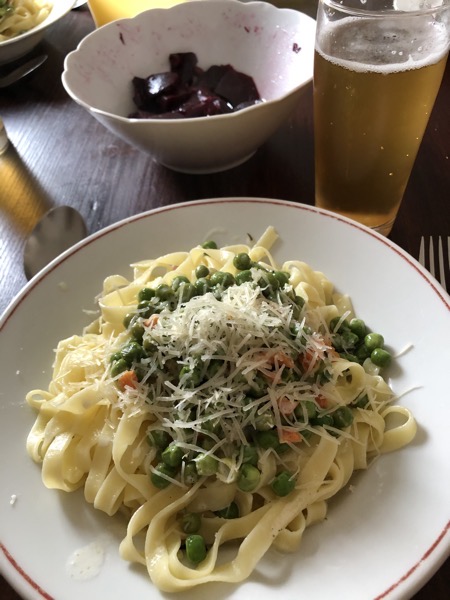 There is cream sauce and ham somewhere underneath the huge pile of pasta. While eating we looked up pasta Alfredo. My husband had never heard of it. Apparently it’s a thing in the US. For Italians it is just pasta burro, pasta with butter and parmesan, nothing fancy. But there are versions with cream and all kinds of stuff added to it which is why I thought of it when seeing my husband’s cooking.

I did the dishes, took a short break, played Duolingo and taught all afternoon. Afterwards I started writing this post, then I ate dinner in front of TV, learned some more Chinese and did a bit of revision before going to bed.

Today is the day I go to the health food store and only teach three students. I’m hoping for more words and the usual.