And that’s all I can say about the day.

I had set my alarm for six and then dozed a little longer so there was no time for yoga and such. Made breakfast for me and the boy and sent him off to school. On foot again because there was snow on the ground. No shoveling, though.

My husband showed up and was treated to a rant about people not wanting to get tested and got a taste of my pent-up frustration about the ‚current situation‘. Poor thing, nobody wants that first thing in the morning.

I did the dishes and such and then went for a twenty minute run/walk. This time I actually did the intervals as expected. 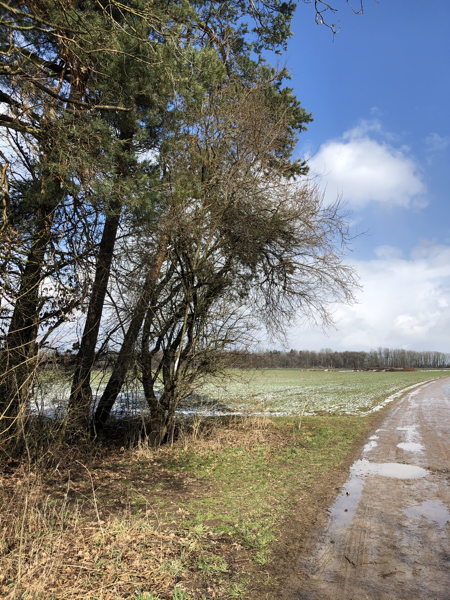 It was sunnier than expected but really muddy. The upside was that there weren’t many people out. 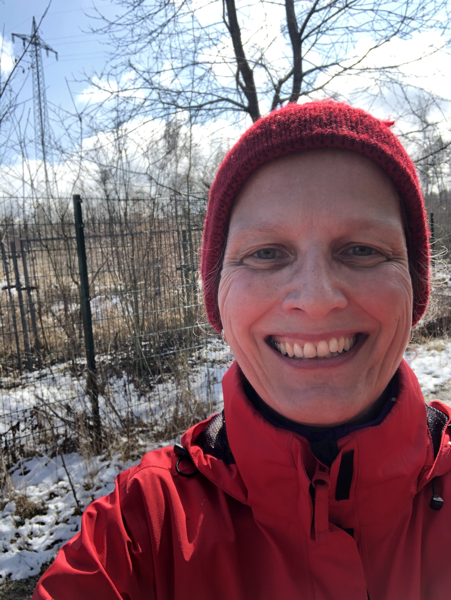 I’ve been a little dissatisfied with my selfies lately. I think I’m looking rather tense in all of them but I don’t seem to be able to do anything about it.

I called the optician and made an appointment for picking out new frames for computer glasses. I took a shower, my husband made lunch. 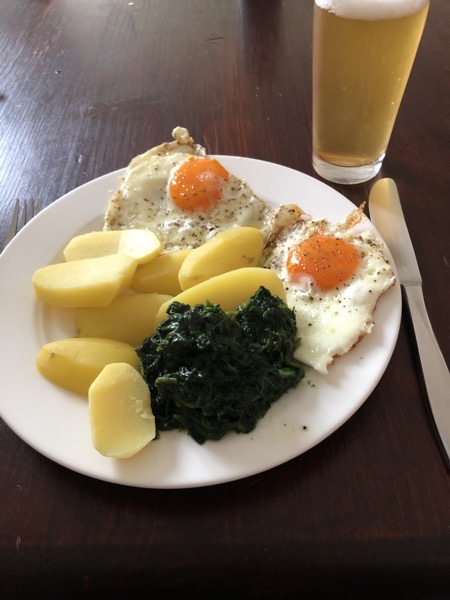 We didn’t have enough spinach which we only found out when the whole thing was already underway. It still tasted good but the boy made himself a sandwich afterwards.

Then I helped the boy with some admin stuff. He needed to fill out a form for health insurance. These days the forms come every other month or so because they want to make sure he is still in school. This time he had to tell them what he would be doing after school. The two of us looked at the form with utter bewilderment. The choices were: 1. I am planning an activity, 2. I will continue school, 3. Something I don’t remember that was equally weird and 4. None of the above.

The boy voted for ‚will continue school‘ because university is a kind of school but that felt off for me. Then I clicked on the ‚I am planning an activity‘-button (Literally ‚Ich plane eine Tätigkeit‘) and there was a menu hidden underneath. One of the available choices was ‚university‘. Hurray!

Then we did the dishes together and then I taught all the students.

I started this post, had dinner in front of TV, practiced Chinese and went to bed without writing new words. Boo.

Today there will be the walk to the supermarket, the optician appointment and then lots of teaching again. The boy will give a presentation on „The Elizabethan world view“ while sitting at home in front of his computer, then rush off to school to get tested for covid and then hang around the school for half an hour until it’s time for a big math test. So a pretty stressful day for him

Have I mentioned that I’m counting down the days until Easter break?