I woke up at six without an alarm, wrote morning pages, did yoga and meditated. Had breakfast. Started a new crochet blanket. Sorry for not taking a picture.

I talked to my husband about my problem of not being able to make myself do the things I want to do. It made him feel about as helpless as me. I woke up a sleepy boy. Talked to my mother on the phone. Was surprised when my father answered, I thought he’d still be in the hospital. He has started dialysis and was supposed to stay until Monday. Insurance wasn’t paying for it, though, so they sent him back home. He’ll still get his next treatment on Monday, only not in the hospital.

I helped to make tsatsiki and we ended up with this kind of lunch: 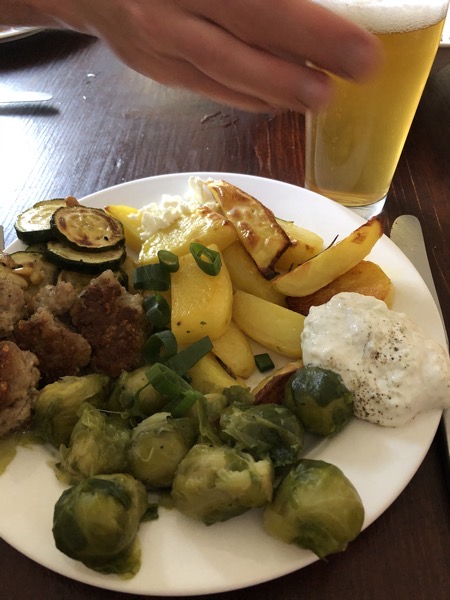 The boy and I did the dishes, I took a break and ate some chocolate, crocheted some more and watched a few Youtube videos, had the boy wander in a few times to tell me things. He said he is supposed to find a topic for a 15-minute presentation on a book, movie or news article for his English conversation class. I suggested something about ‚Star Trek‘ and now he is contemplating doing something on the two different pilots and things that seem normal to us now but that were pretty spectacular then. It might be challenging to fit that into 15 minutes, though.

Then I set up a new notebook and planned out the week: 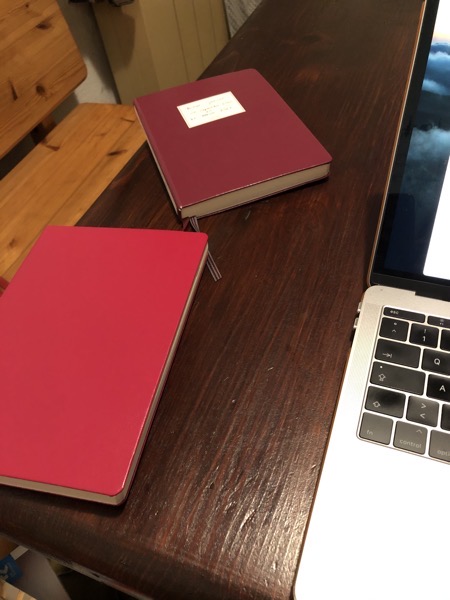 And changed my mother’s prepaid smartphone plan. Yeah, it’s complicated.The boy and I watched an episode of ‚Star Trek: Enterprise‘ where they buried the (interesting) main story in a load of boring crew interactions. And no, I do not believe that T’Pol is attracted to Trip and acts jealous. Are you kidding me? She suppresses all emotion, AFAIK Vulcans only meet their spouses every seven years or so (I might be a bit hazy on this and am too lazy to look it up), he is bland and not that attractive and most important – she thinks humans stink!

I watched an episode of ‚The King’s Avatar‘ while the boy was taking a shower to chase the bad taste away, made neat stacks of all the dirty dishes, decided not to answer the text I got from a maybe, potential new student on a Sunday evening right away (I’ll do it today) and got ready for bed.

Today there will be some running, lots of teaching and lots of bonus points for getting some writing in.