I didn’t get enough sleep yet again and was sluggish all day. One of these days I’ll go to bed on time. For real!

So I also did not do yoga and such. The boy had breakfast on time to start his distance learning. And I called the doctor’s office first time in the morning. His first COVID-19 test was negative. Yeah! Never mind that that test can’t really be trusted because he had to take the swab himself, it still made me feel somewhat better.

And then I immediately called a different doctor’s office (ENT specialist) to get him an appointment for his second mandatory test on Friday. The experience was completely different, I spoke with a competent assistant who was clear and concise. The boy will come in before regular office hours (during school time but that’s not a problem) and will get the result on Monday morning.

The boy got a message from school that quarantine will be until Wednesday instead of Friday now. There was another confirmed case.

I did some crochet and read and talked with my husband as usual. 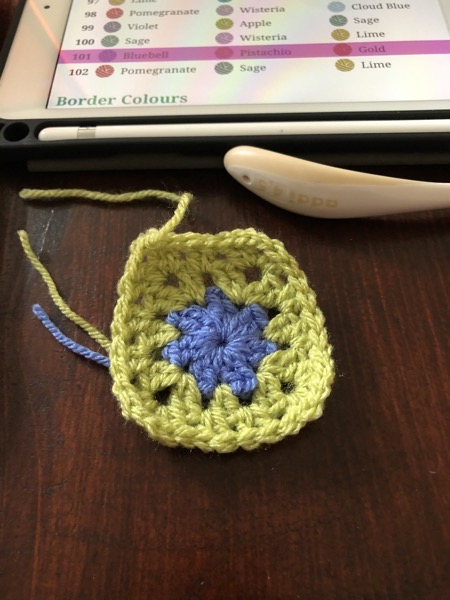 I take that as proof that I’m a little off at the moment. Only after cutting the thread did I realize that there is something wrong with this. I had counted the pairs of stitches in the first round three times and was sure there were eight of them. Um, no, not really. Only when I had cut the thread and had laid the thing out to admire it did I see that it was definitely not as square as it was supposed to be. So I guess I’ll start that one again.

Then did the dishes and such and then went off with the bike and trailer to get the written test result plus a big sack of potatoes.

Only then did I get to go running. It was cold and gray and drizzly but I enjoyed the whole experience tremendously: 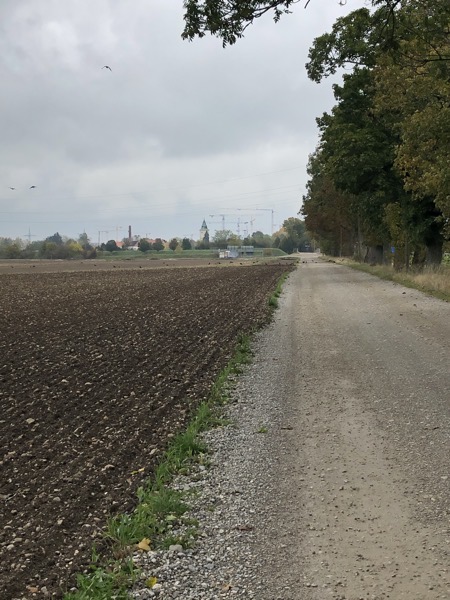 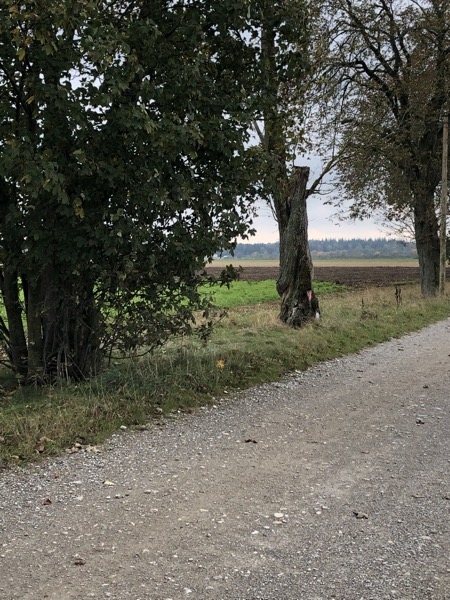 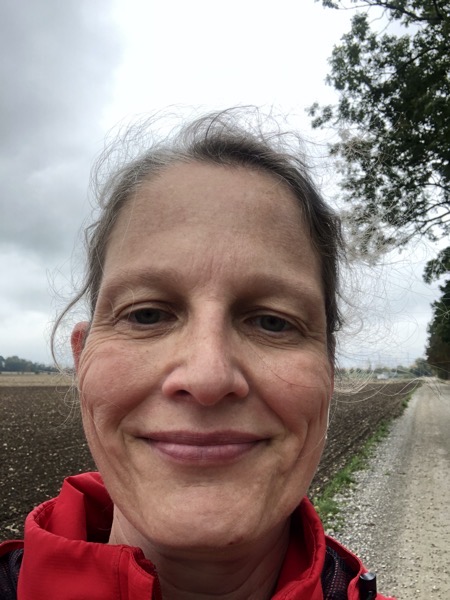 Meanwhile my husband was stressed out because he was late with making lunch and when I came back I immediately sat down and minced pine nuts and basil. We had planned to make a salad but that did not happen.: 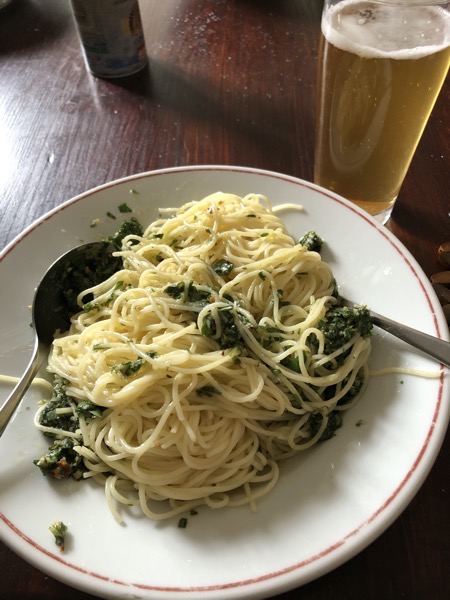 I also forgot to take a picture before starting to eat.

Then I finally took a shower and taught all of the students through the internet. It went mostly well but there were a couple of issues with wifi connections not being fast enough and sound and such. My last student and I had so many problems that we decided to reschedule the lesson for the coming week.

Then there was dinner. And more talking with both the boy and my husband. Then I started writing this post and then I did all the dishes. Managed to go to bed earlier than the nights before. Progress!

Today there will be more teaching. Maybe another run, not sure yet. I missed my Monday run and would love to catch up. I’ll see. And then one more day and then the weekend.