Why yes, I’m still cranky. And unproductive. Those two things might be connected.

I woke up around six which was good, then decided to just look at my phone real quick. Shockingly, the exact same thing happened that always happens when I do that, ninety minutes past me by just like that.

I made breakfast and vowed to do better later.

I did start reading the sixth „Death before Dragons“-book though. I really like it.

My husband showed up and had breakfast. Then we started talking about how frustrated we are that there is never a right time to talk about certain things so we made the time right there and managed to discuss a couple of admin things, the purchase of new running shoes for my husband and when the best time would be to go to the hardware store together.Then my husband asked me to help him download a video and that took me about an hour. And the boy needed to talk through some ideas for his paper.

So there was no time to watch the video that was homework for my new class and I went running about ninety minutes later than I wanted. Running was nice, though. I chose something a little easier, 2 minutes of running and three of walking for fifty minutes total. It was nice a cool but very humid. Halfway point looking to the left: 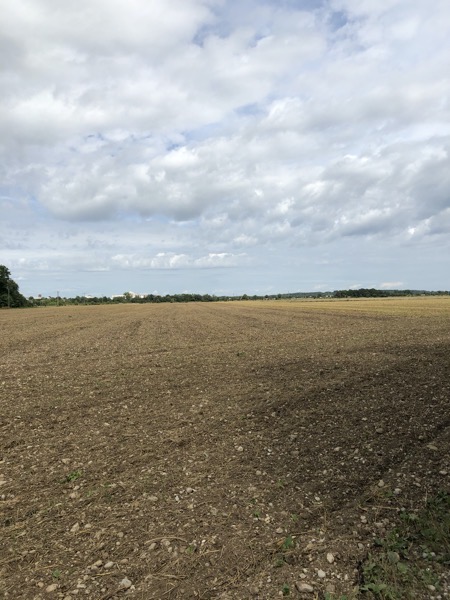 And to the right: 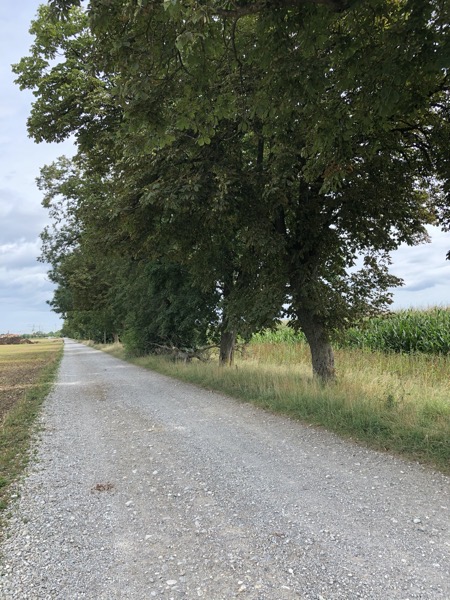 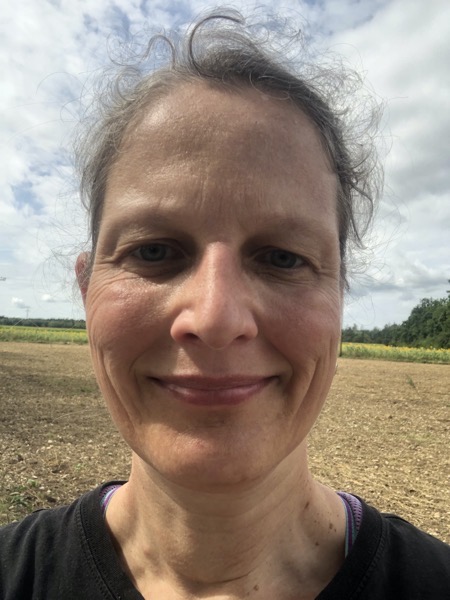 I took a shower and then helped my husband to make lunch. The plan had been tagliatelle with sauce from a jar and fried zucchini. The reality became filled zucchini flowers again: 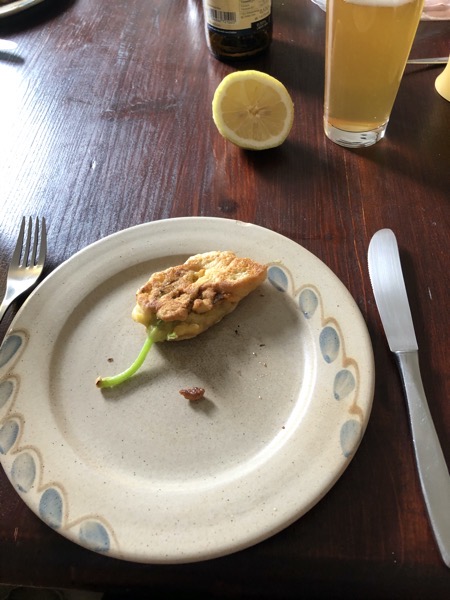 And for the second course tagliatelle, sauce and salad. I forgot to take a picture, sorry. I have to confess that I’m getting a little tired of zucchini blossoms. And of things fried in pancake batter in general. Don’t tell my husband.

The boy and I talked some more until I threw him out of the kitchen, then I finally watched the video for my class and did most of the homework. After that I did the dishes and grabbed the boy to help me, talking took another hour which meant there was not enough time for the sewing I had planned to do and when I then sat down to at least write an email to a friend my husband showed up and complained that I was always busy.

I really should go to my studio and close the door but when I do that I feel locked in. It would have been ideal to get up from my chair after watching the video and then use the time I was doing the dishes to think about what I learned. I am only beginning to understand that I don’t think well when I sit. Moving around is much better.

Then it was time for dinner. The boy didn’t show up which made me angry so I had dinner with my husband which was nice. I’m a bit miffed that the boy is never on time. This time he claimed that he set an alarm but didn’t hear it. It’s not the first time that happened. Also, pro tip: if you have to be somewhere at six even if it’s in the same house, et your alarm five minutes before that so that there is time enough to finish what you’re doing, switch off your computer and get downstairs in time. But that’s advanced time-management.

The boy and I watched an episode of ‚Eternal Love‘ and one of ‚Enterprise‘ then did a huge pile of dishes and pots yet again, I wrote this post and then it was too late to do anything if I wanted to get a semblance of enough sleep.

So. Today will be rather busy. I want to go to the health food store. I want to do bodyweight training but don’t know when. I also have the class and some homework, will teach four students while my husband’s uncle and aunt who live in Munich will visit. In the break between students I will say hello to them and that will be it for the day.