Still, I did get some stuff done and the best thing is that I have a plan for how to proceed with my earache/rash-situation.

First, I had gone to bed at nine the night before and slept until 6.20 or so. No yoga and no meditation again but at least I was well rested. I ate breakfast just as my husband was showing up to make his. I prefer to eat earlier but I didn’t.

We talked a but about my painful ear and itchy rash and my husband complained that I never take any of his advice. He is right, I don’t do what he tells me to often but this time talking with him made me realize what I should do. I started by doing a little more research (as always), then decided that I needed to take ibuprofen for my earache. And then I went to the pharmacy and got myself some steroid creme for the rash. If the ear is not better by Monday I will go to the doctor and if the rash isn’t better by the end of the week I will try to get a dermatologist appointment. Usually those are scarce and free slots are three months away.

Back from the pharmacy I did the dishes and such, the went out for my walk/run. I had intended to do day 1 of week 3 of a 5K program but instead I had started day 1 of week 1 without noticing. I have to say those intervals were ridiculously short but in my slightly weakened state that was appreciated: 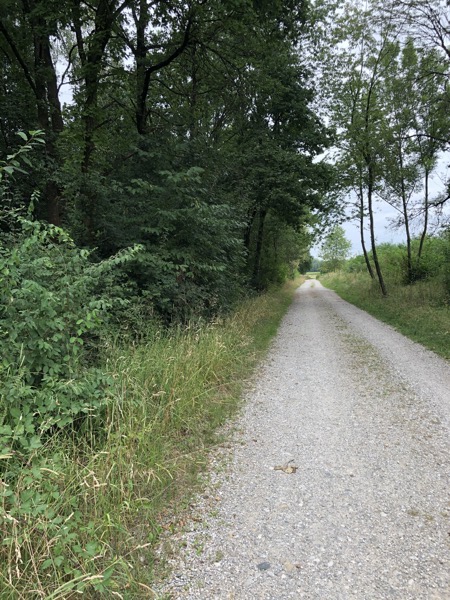 It was nice and cool and we managed to run before the rain started. 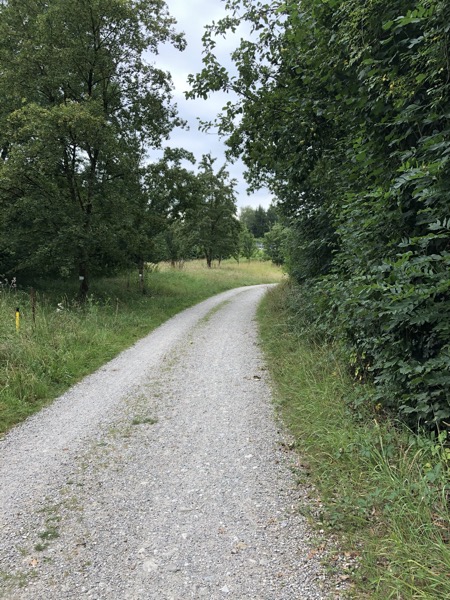 I came back home, took a shower and felt clean and nice for the first time in days. I hadn’t realized how much the constant low-level itchiness and pain had gone on my nerves. Especially combined with half a dozen mosquito bites.

I started a load of laundry and my husband made lunch: 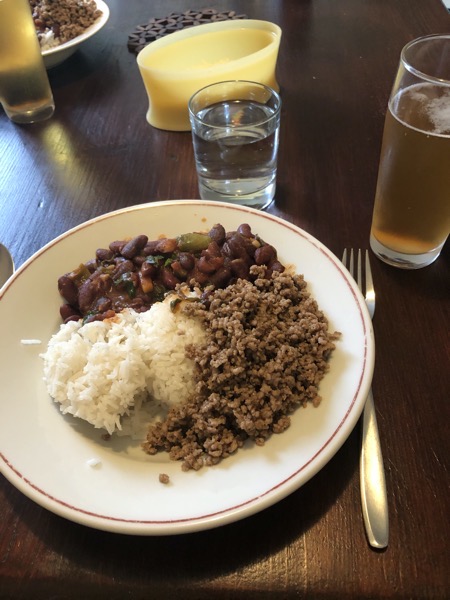 I know this looks weird but it’s an easy way to cook the ground beef on the side so that the boy gets vegetarian chili.

I did the dishes, procrastinated a bit by watching some Bernadette Banner on YouTube, found that I had forgotten the laundry but my husband kindly reminded me and we hung it up and then I wrote for an hour on Zoom again. I was cranky because my story wasn’t going well but I did get 950 more words in, not shabby.

Then I read a few blogs, watched some ‚Eternal Love‘ with the boy and went to bed early again. I almost finished ‚Resurgence‘ but not quite.

Today I want to finally do some yoga again, write some more and make a sample buttonhole. Also, plan the upcoming week. I put a few of the tasks I wanted to get done in August up on the Knaben fridge and apparently my husband took notice. So we might tackle some of those next week.