Why yes, life is so exciting at the moment that every headline gets exclamation marks.

I woke up at 5.30, just checked my phone for a minute and then it was 6.30 already. Wonder how that happened. I did some yoga and meditation and got my breakfast ready about ten minutes before my husband showed up. There was knitting on the cardigan-in-progress.

I did the usual housework stuff and went off to the supermarket. Where I promptly realized that I had left the grocery list at home. But! Modern technology to the rescue. Since I didn’t have a signal (which also explained the missed call from my husband a while later) I was able to hook up to the fish shop’s wifi and ask the boy to send me a picture of the grocery list. Communication at home happened so that my husband could add two items to the list before I got it.

The day was way hotter and more humid than I thought it would be so walking home with all the food was, um, somewhat exhausting. For the first time in ages I felt faint. Heroically I put everything away just before getting ready for the day’s excursion to the beergarden. We visited the same one as the last time because it’s rather big and the food is better than at the other big one: 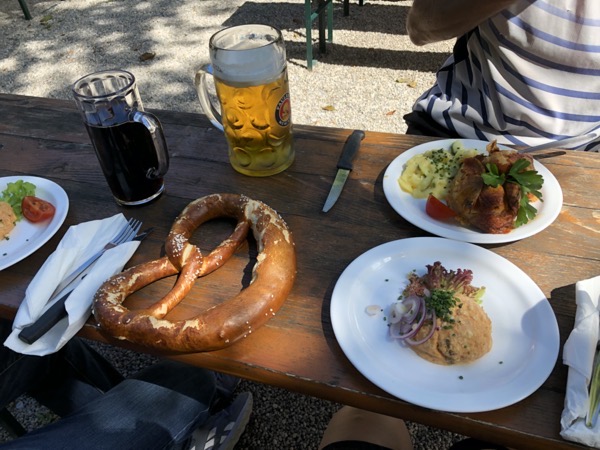 Unlike last time I had what counts as a real beer in Bavaria: 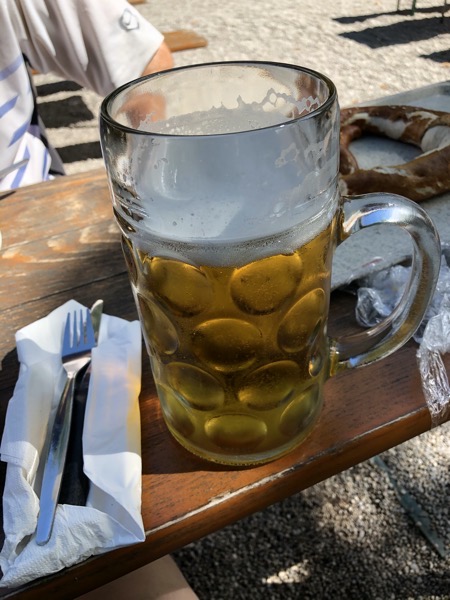 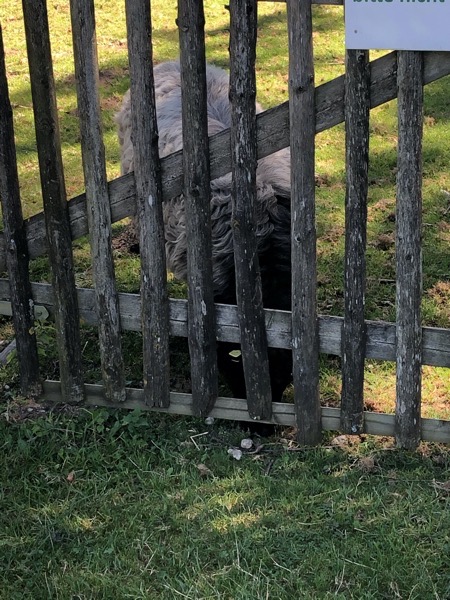 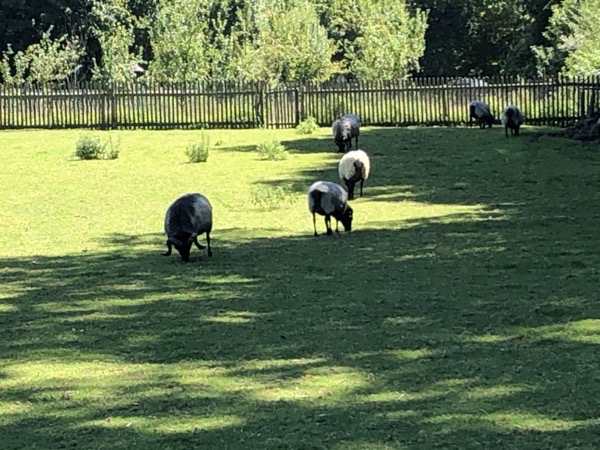 These might be Heidschnucken, not all that common in the area.

We rode our bikes back home (all 8.6 kilometers of it but slightly downhill this time), I took a break and then I went back to „The Office“ for writing. It was fun again and I didn’t want to stop writing after a mere hour but I really wanted to get the podcast ready. I didn’t get that far because everything was taking longer than expected once again. So I don’t think the new podcast will be out today, sorry.

There was dinner and another episode of ‚Eternal Love‘ (so romantic with the wedding and all), then I started writing this post and not much else.

Today there will be another bike ride, this time to the Wörthsee. I might even go swimming in the lake. We would have left the boy behind fending for himself but when my mother-in-law heard that he would be home alone at lunchtime she offered to cook. She also likes spending time with him. I probably should add that we would have taken the boy along but he didn’t want to.

I’m really hoping to get some writing in before we leave because I don’t think I will be good for anything this afternoon.