This one really took ages. And when I was finished recording there was a brief moment when I was sure I had forgotten to unmute the mic. Fortunately, I hadn’t.

I set the alarm early, and lounged around reading for an hour or so. Barely got breakfast on the table before my husband was up. I finished a pair of socks. Found out that I had screwed up posting on my blog and that the Sunday and the Monday post had gone out on the same day. Shrug. Dawdled a bit and went running about an hour later than I wanted. Felt heavy and sluggish but I did walk/run for an hour: 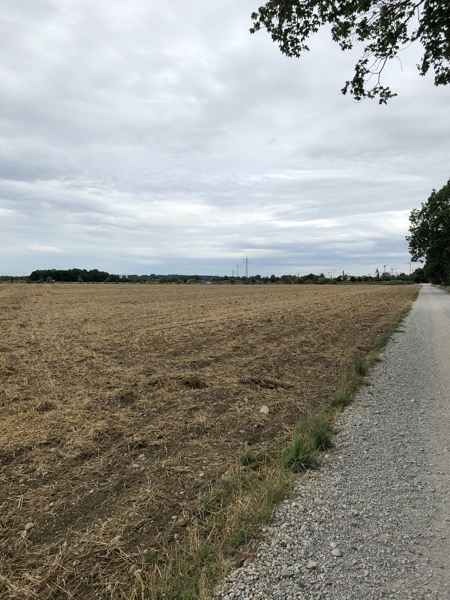 It was gray and almost cool: 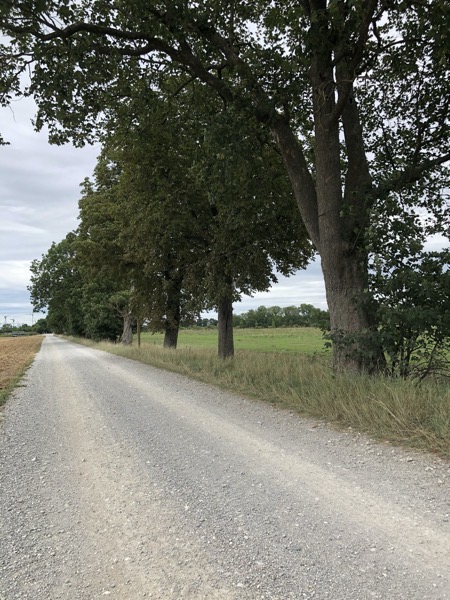 A few drops of rain fell when I was making my way back home: 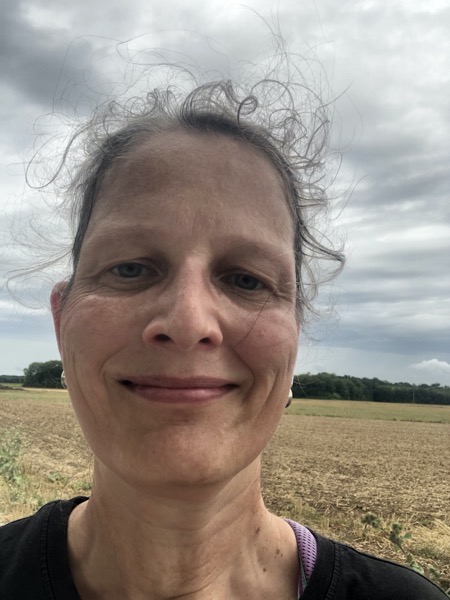 I took a shower while my husband was stressed out by making lunch. The words, „Lunch is late because you went running way too late,“ might have been uttered. I only realized that I would have been expected to help with the cooking after I was all clean and dry. I did mention the fact that I took so long before leaving because I changed the BRITA filter and descaled the kettle, among other things. The boy had surprised us at around 8.45 with coming down for breakfast. He had spontaneously agreed to go to the climbing gym with his friend but found upon waking up that he was still super-sore from Friday. We talked the whole thing through and he decided to go anyway. As expected he did feel better when he got moving again.

Lunch was rather good and we were all really hungry by the time it was served: 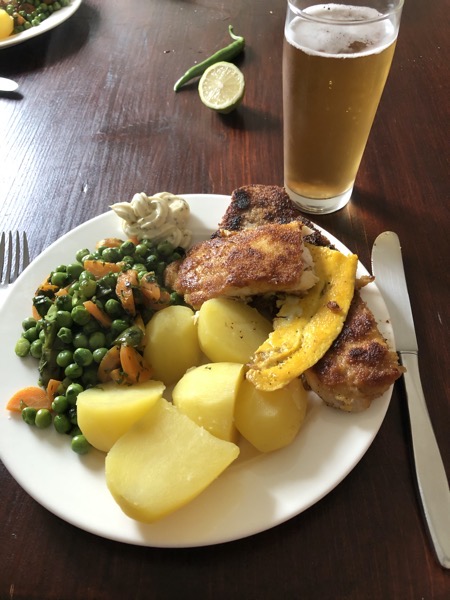 That’s fish, by the way. My husband is very fond of frying and putting breading on everything.

I took a long break and then finally managed to record the podcast. Phew. I sent a message to my mother how is still in the hospital. We are hoping that she’ll finally find out if she actually broke something or not later today.

Just before dinner I bought a new game for my iPad. I’m loving it, it’s more like a story or a film than an actual computer game.

The boy and I watched Star Trek Enterprise. It was okay. I’m still not loving it.

I went to bed too late. Mostly because of the game but also because I didn’t want to admit that I wouldn’t get everything done.

Today there will be my annual cancer screening at my new ob/gyn and since I’ll be in the next town over I will also get a new prescription for my thyroid medication. Maybe a visit to the nicer health food store as well. And then I will be teaching all afternoon.