Edited to add: Sorry for posting this a day late, seems I’m a bit out of sorts.

I woke up at 5.30 and actually got up pretty soon after. But then I fell down the rabbit hole of the internet until more than an hour later. I did do some yoga but had to cut it short because the boy needed breakfast at 6.45. He was going to the climbing gym.

Somehow I didn’t have time to work on the novel before my husband’s breakfast. Then I started the whole housework thing half an hour later than I wanted and therefore I was too late for my run/walk: 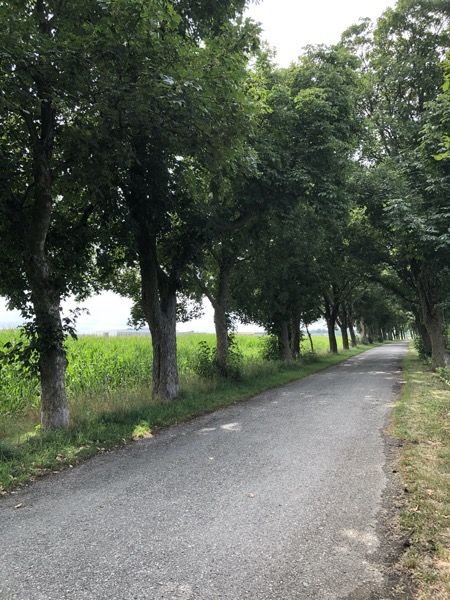 It was much cooler than the days before but also rather humid. I did very well for the first half: 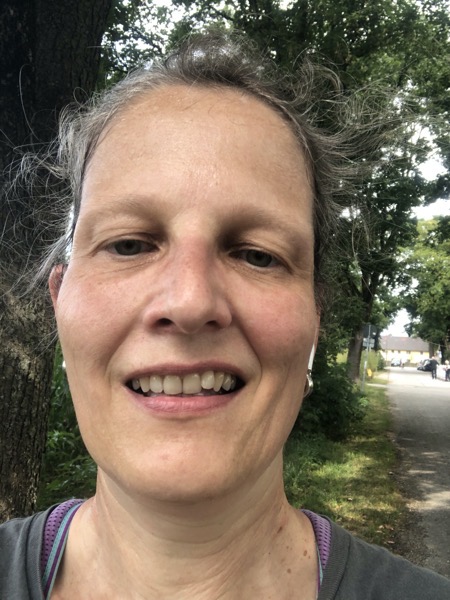 But not as well for the second half: 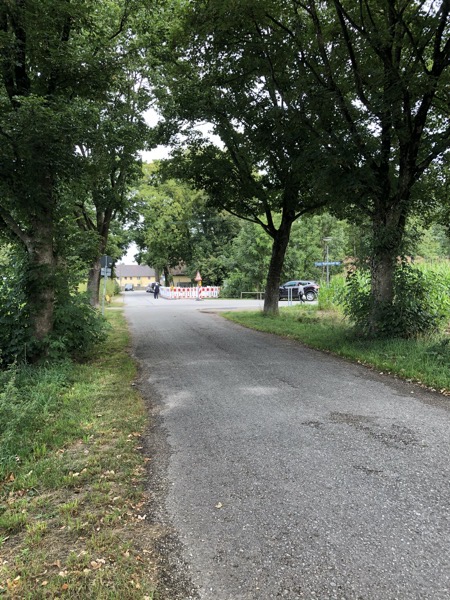 My husband changed the menu from pasta salad to homemade pesto. So after taking a shower and getting dressed again I spent 75 minutes chipping basil and pine nuts. And then we had lunch about half an hour later than expected: 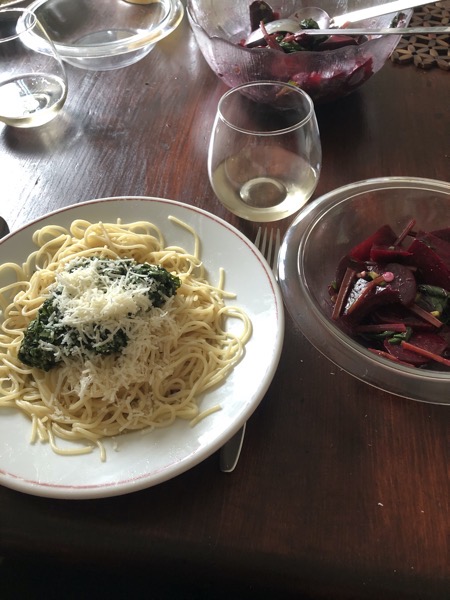 Doing the dishes took a little longer than usual, and talking with the boy took rather long until I threw him out of the kitchen. Then I had about ten minutes of a break until my husband reemerged from his nap. Then there was another one of those lengthy discussions and then I arrived at the point where I could either record the podcast or sew the dress.

I remembered that the podcast is mine and when I don’t want to stress myself so I can put out an episode every other week I can just tell everybody that the next episode will be postponed. I wrote that note and then pulled out the sewing machine and everything. I made a successful sample buttonhole on my second attempt. Which is pretty good since I haven’t learned sewing from a teacher in person. 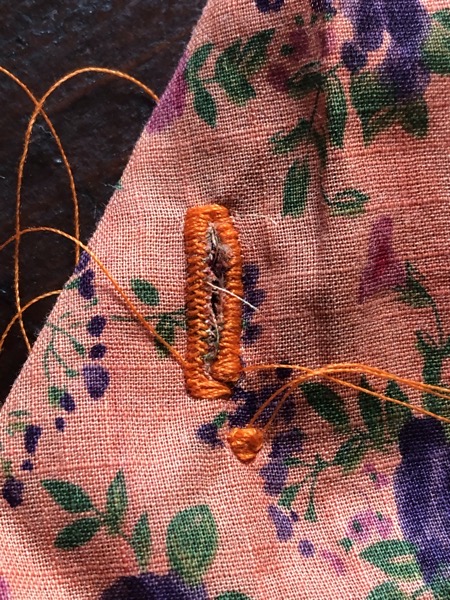 Then it was time for the boy and me to watch an episode of Enterprise. It was mildly interesting.It is surprising how many episodes I don’t remember from the first time I saw them.

Then I went back to my sewing machine. I marked the places for the buttonholes and then attempted my nice, little machine buttonhole.

Well. I didn’t take pictures but it was puzzling and slightly horrible. I could make the start of the buttonhole up to the tack at the top but that would be it. Very baffling.

I did not see a way out of this in time so I might start to sew the buttonholes by hand soon. Or I might hunt down the last scrap of interfacing, use that on leftover fabric and try again with the buttonhole.

Today there will be some novel-writing,, I hope and some yoga and in the afternoon we will be attending a book launch party at my husband’s cousin’s house. Actually, this will be in her garden. She and my mother-in-law wrote a book about her great-grandparents. We will all attend, hence my dream of finishing the dress.

I had also planned to record the podcast but I couldn’t have done both and so I postponed. I’m sorry if anybody is sad but somehow this week got a bit ou of control for me.

Today there will be yoga and maybe some bodyweight training and the book launch and probably some writing. From yesterday’s disaster I’m gathering that I won’t wear the dress today.