I’m still sleeping in, this time until six. Did yoga and meditated and tried to eat breakfast early.

I talked with my husband longer than I wanted. I had planned to go running before it would get too hot. It was alright but an hour earlier would have been perfect: 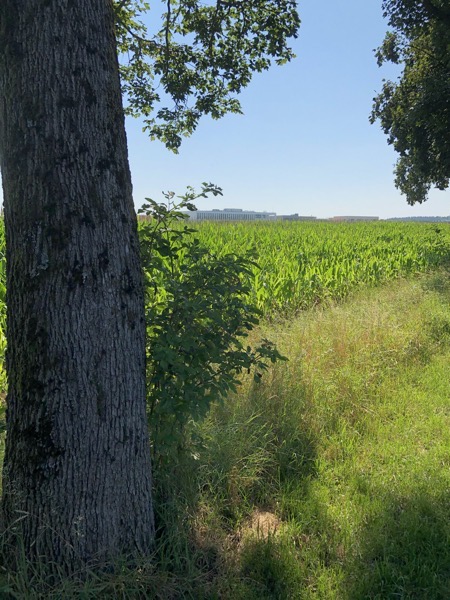 For a change I listened to music instead of podcast. It’s always interesting what my phone has in store on shuffle. 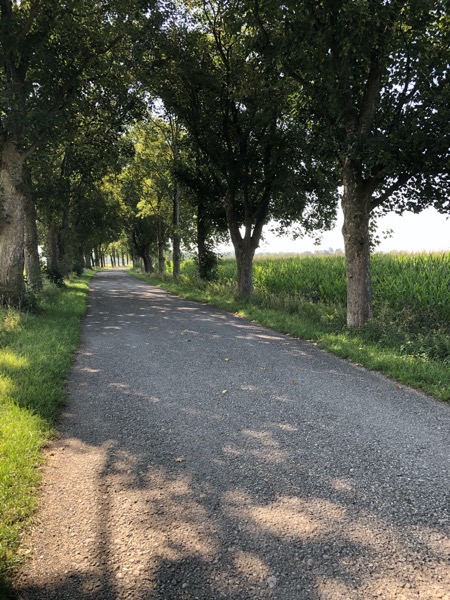 Here you can see that it was indeed a little warm already: 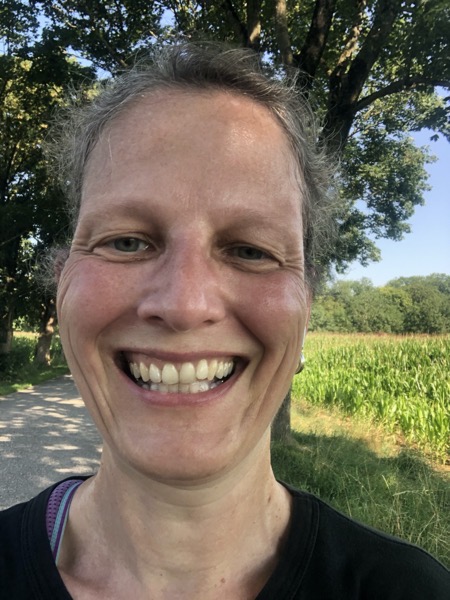 I had tried putting the salad spinner that needs to be returned in the mail before running but there was a problem connecting to the mail server, so after running I turned around and went to the post office. In vain again. But the postal worker I spoke to sent me to the dry-cleaner’s on the other side of the street where I finally got rid of my package.

Back home I decided to do my bodyweight training right away so I couldn’t skip it again and then hit the shower. Lunch was very Bavarian: 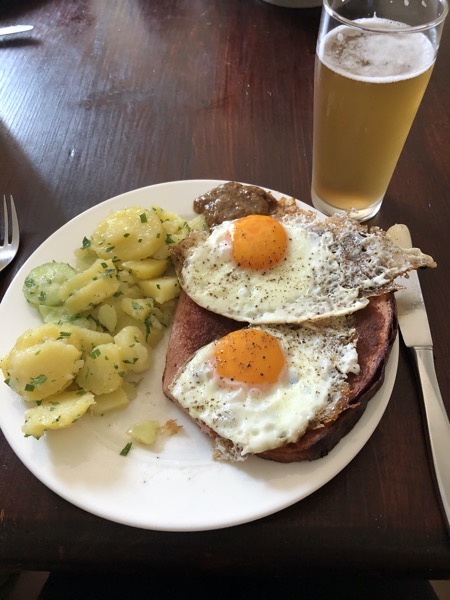 In the afternoon I spent some time on the internet for fun, did research for my course homework and worked on that until it was time for dinner. And I played around with Duolingo, two days ago I had decided to try my hand at Mandarin. When I told the boy about it he pointed me to all the resources for further learning. Duolingo isn’t all that good but he said that you can turn off multiple choice, at least in the browser version. Maybe I should try that.

The boy and I watched the first half of „Blade Runner 2049“ and so far we both like it very much. It’s immensely atmospheric, very good so far. We’re planning to watch the second half tonight.

Now, I didn’t do everything I wanted yesterday which means more work for today. My homework is due tonight at midnight but I don’t want to wait that long. I have no idea if it is midnight my time or in the US, if it’s the US I would still be on time if I sent it in tomorrow morning.

So. Today I’d like to record a podcast episode but since I didn’t prepare anything that might not happen. I showed my homework to the boy and from his reaction I’d say I need to work on it some more. And then there is that pesky novel… Only yoga today, though, maybe a few squats, nothing major.