I woke up from the alarm at 5.30, dawdled a bit but managed to do yoga and meditation. Then breakfast and I did start working not the novel-in-progress for a few minutes. Talking with my husband and the boy was almost on time. We did the dishes, my husband started a load of laundry and then it was almost time to get ready for our beer garden excursion.

My husband was really nice and pumped all our tires beforehand. And then we were off. The weather was rather pleasant if a little windy. About half an hour later we were at Forsthaus Kasten. There were some sheep grazing outside and I wanted to take a picture later but later they were gone. They were mostly brown with a gray overcoat. I didn’t see the typical Heidschnucke-horns. Shrugs. 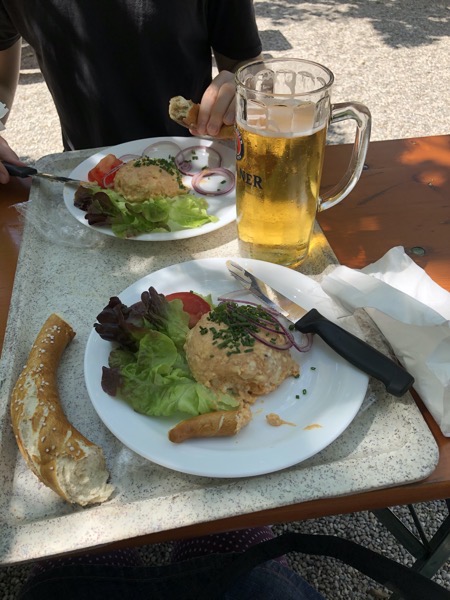 The boy and I opted for Obatzda, cheese with butter and spices plus Brezen and my husband had some chicken: 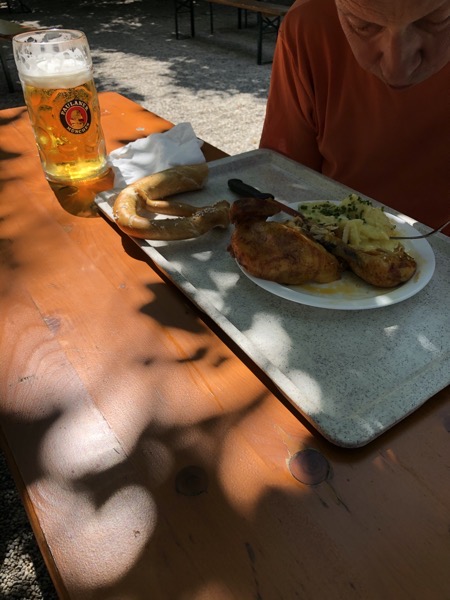 Distance was kept and masks were worn, of course. And then we rode our bikes back. It didn’t take as long as I had expected. Which was good. But my legs did protest a bit, they were still sore from the days before so I opted for moving bodyweight training to today.

I came back with ample time to prepare for teaching, taught one student, spent some time on my course homework and entered some more corrections into the novel, then taught two more students, had dinner in front of TV and watched ‚Eternal Love‘. Which was really nice but also confusing as always. We keep thinking, „Who is this person? Have we seen them before?“ Over and over again. Still, I’m getting the hang of it a little, at least. Bad picture of a tuna/cream cheese sandwich and a boiled egg: 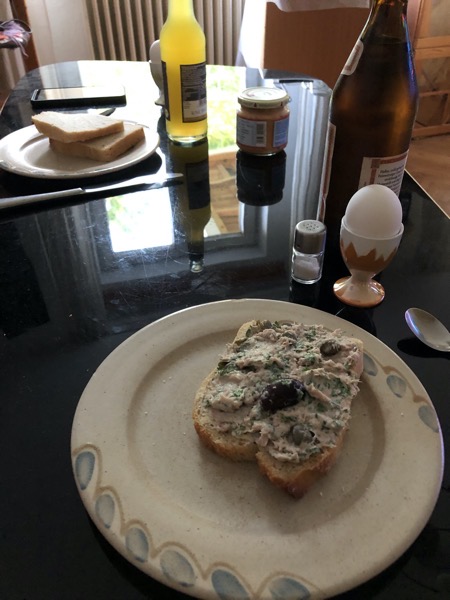 And then I spent a little too much time online again, started writing this post, worked on the novel for a few minutes so I would end up with fifty minutes of work and got ready for bed.

The new salad spinner I ordered arrived and had a rack in the lid. Pity. I guess I’ll probably return that one. It does look nice otherwise, though.

Today there will be the cleaning of the house, bodyweight training, a mammography that is part of the screening program, the typing in of novel corrections and watching some Enterprise with the boy.

And I won’t have to teach again until next Thursday. Woot!

Oh, and I promised pictures of my new hair sticks, here they are: 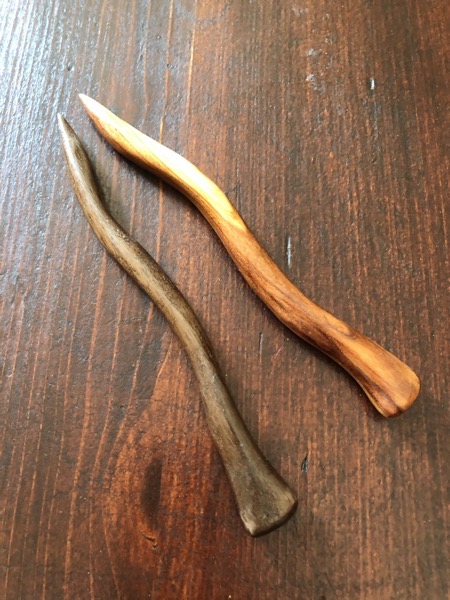