I woke up from the alarm at 5.30 and promptly did not do my morning routine. But I was early enough that I could finish reading what I had already written of the novel-in-progress. Big win!

When my husband showed up we ended up having a bit of an argument which lasted for the rest of the morning, that was fun.

I did dishes and such, went to the bank and then running. It was already pretty hot and all my energy had gone into feeling cranky by then. There are blue flowers on this picture but you can’t really see them: 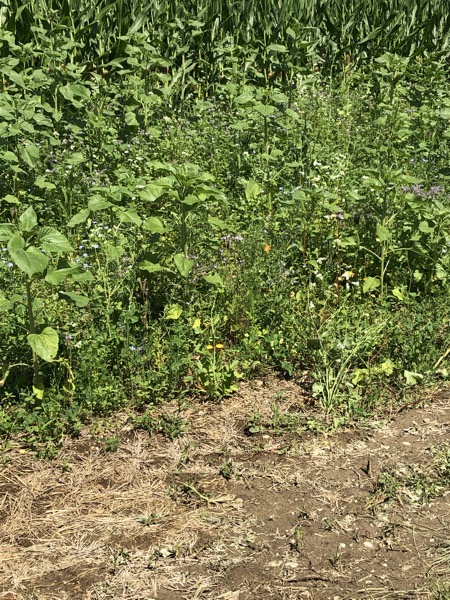 I decided that running was just too hard after two minutes or so and walked the rest of the way: 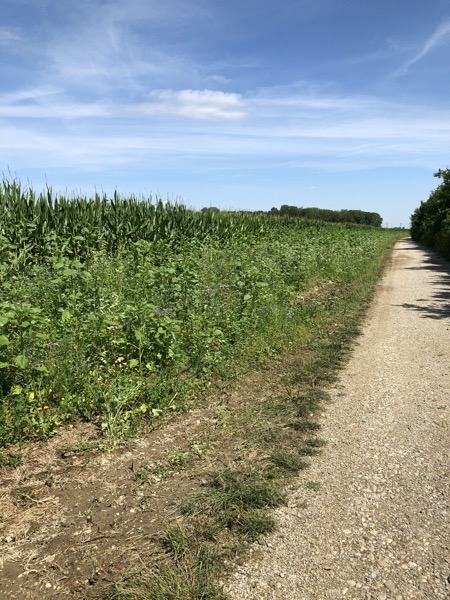 It’s all exercise, so all is good. I almost skipped the run completely: 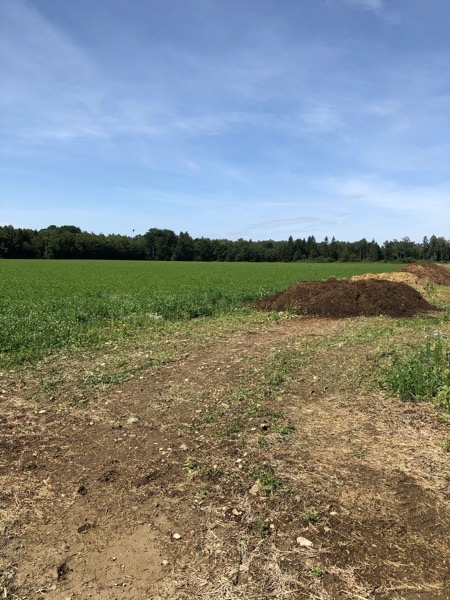 Back home I took a shower while my husband made lunch. We were also waiting for the heating guy to come back. He had said he’d come before one. Well, he did show up before two. Seems his clocks are running a bit different from ours.

Lunch had two courses, all fancy: 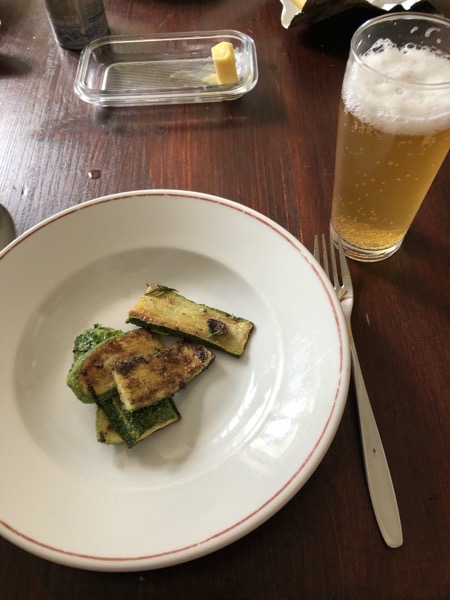 First fried zucchini. And then some spaghetti bolognese: 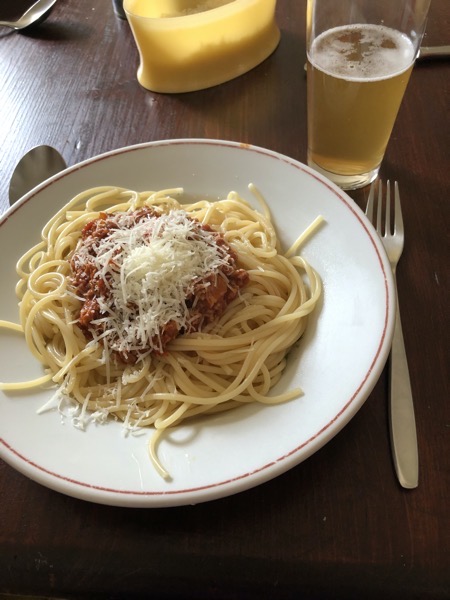 I procrastinated a little bit after lunch but at least I managed to do the dishes right away. And then, eventually, I finally started doing the taxes that are due on Friday. I had a pretty hard time finding out how I had done everything the year before. Things have changed and the way I have been doing taxes for decades is not allowed anymore. Phew.

But. I prevailed. I worked for 3 1/2 hours, printed out receipts and found missing pieces of paper and in the end – I was all done and sent it off. Vowing to do it all earlier next year, of course.

Then the boy and I had dinner in front of the TV while watching and episode of ‚Eternal Love‘ again. This time it was pretty action-packed and we even remembered most of the characters. We’re on episode 5 of 58 right now.

Then I started writing this post while my husband came back for seconds. He sends his love, by the way. With all the kerfuffle at the moment he isn’t eating properly and has been losing a bit of weight. Which in his case is not a good thing. Me, I’m eating when stressed, him not so much.

I decided to leave the dishes even though I really love making breakfast in a tidy kitchen and got ready for bed.

Today there will be the grocery shopping and some teaching. Maybe I’ll record the next podcast episode but I’m not sure yet. We’ll see.