I woke up early again and decided to read instead of doing anything productive. Not the best of choices but I did finish reading all the books by one of my new favorite authors. Since I read all the books she ever published I’m now free to read something else and could barely decide between the newest Harry Dresden book and the newest Foreigner. I started both but Harry Dresden won.

I had a late breakfast and then knitted while my husband was eating. The boy was quite late. My husband took the dishes on because I walked to the farmer’s market for potatoes and then I went on my run.

I tried running for 22 minutes without a walking break in vain: 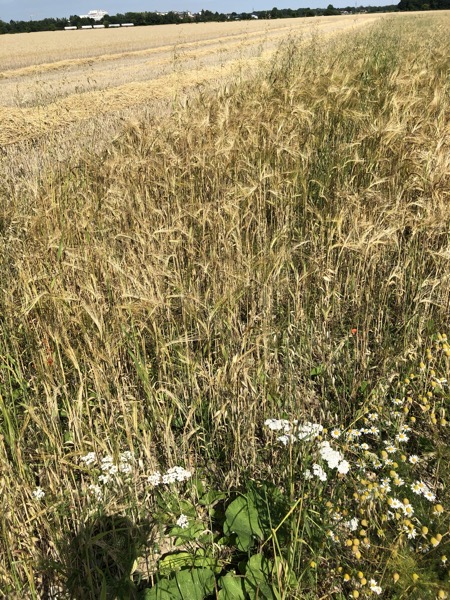 There were loads and loads of people out with us. And it was rather hot: 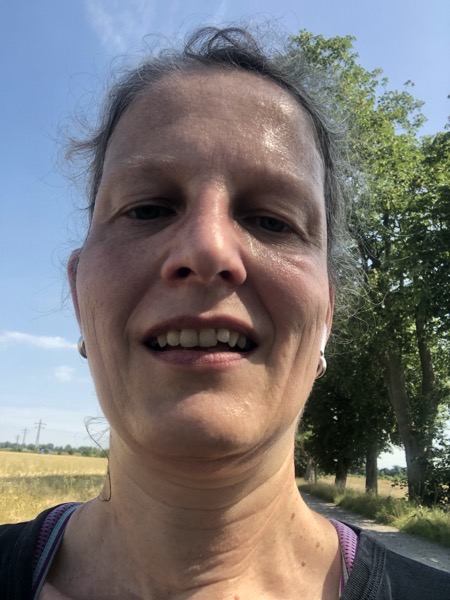 You can’t see it but at the edge of this picture there was my husband: 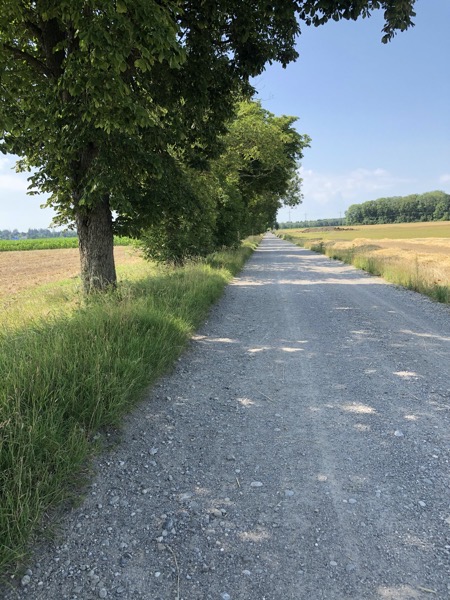 I came back home, took a shower, picked out which classes I wanted for the Cold Poker Gang Kickstarter Stretch Goal rewards and ordered a new pair of running shoes. The ones I’m using right now are only a year old but my feet are starting to hurt again and I had promised myself not to wait until there were holes in the soles. And thanks to budgeting there was actually enough money in the budget to go and order them. Hurray!

It’s always a little weird to have a nice cushion in the bank and feel as if there is no money left but in this case it all worked out because I’m putting away a little money for things like clothes and then when I think about getting new shoes I look at the budget and see that there are 170 Euros just sitting there for exactly that purpose. And I only used less than half which is excellent for barefoot shoes.

We had a yummy lunch: 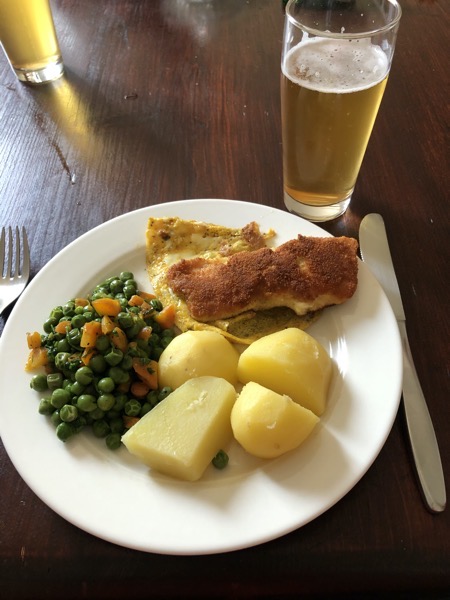 That’s fish, by the way.

The boy then went off to the big city to meet some friends, I did the dishes and started teaching. There were a lot of students. I have to say that I started to sag a little by late afternoon but things went fine. In between I overwatered my hibiscus. Poor thing. It doesn’t look that good. I need to take better care.

I had dinner, read a bit and waited for the boy to come back home. I don’t like it when parts of the family aren’t where they belong.

Today there will be the grocery shopping and lots and lots of students again. Just last night my husband told me he’ll be teaching five students until the end of the week. Well, for me it will be twelve. Mostly in 30-minute increments but still, that’s a lot. Including a potential new student. I’m moving everything else to the weekend. I’m sure that will go well.