I woke up early and opted or dozing a little longer. Did yoga and meditated and then made myself breakfast. Somehow the twenty minutes I had between finishing breakfast and my husband having breakfast vanished into thin air. I did finish reading a novel around that time, so that was probably it. I did finish a sock: 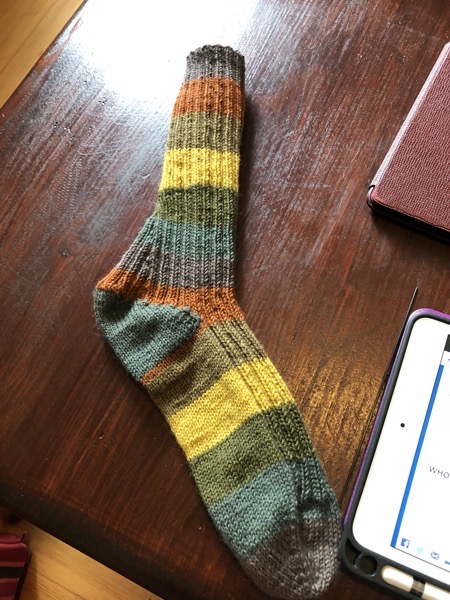 I did a huge pile of dishes while listening to podcasts and went running: 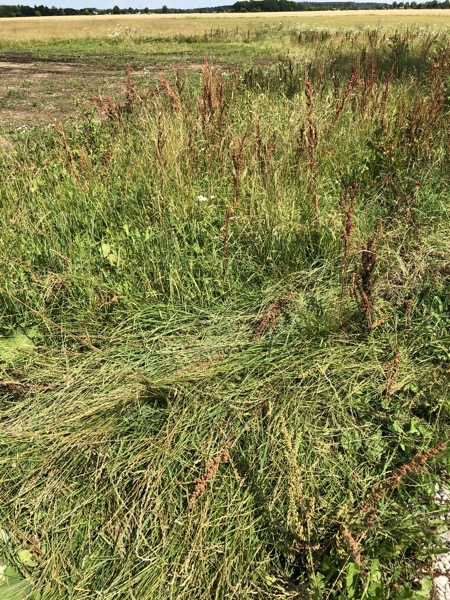 I had ten minutes running intervals with only one minute of walking in between. I did alright for the first two intervals and then I basically walked back: 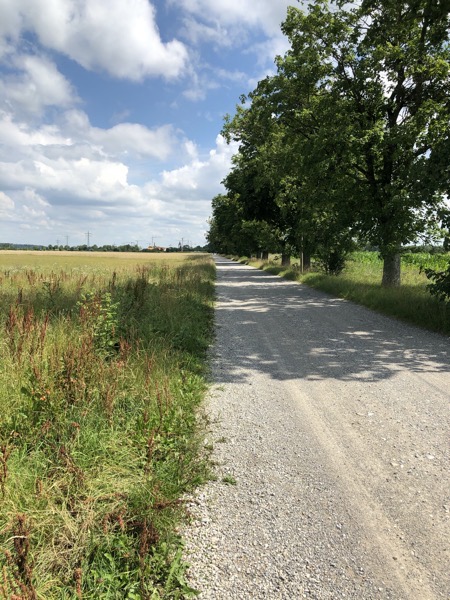 It was the day of the Nerd Fitness 5K. I was supposed to post a finishing photo but instead I took one at the halfway point as usual: 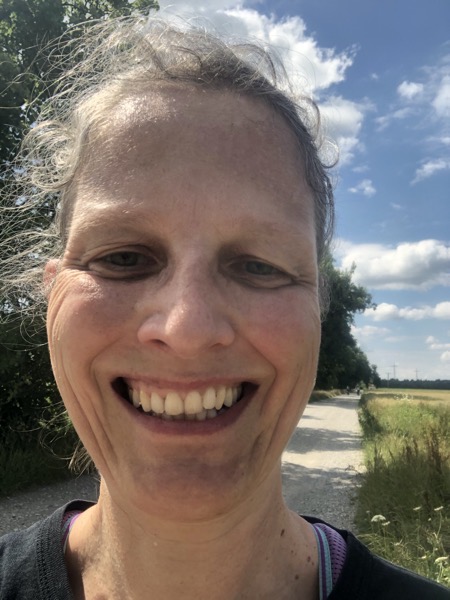 The weather was gorgeous and there were many people out: 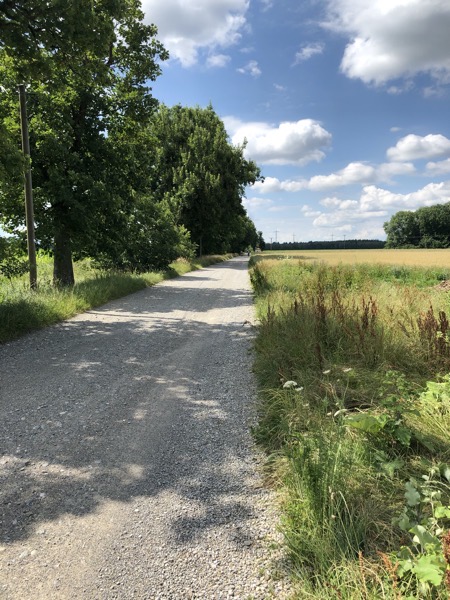 I got back home and started making spaetzle right away. They were very good and my husband’s veal as well: 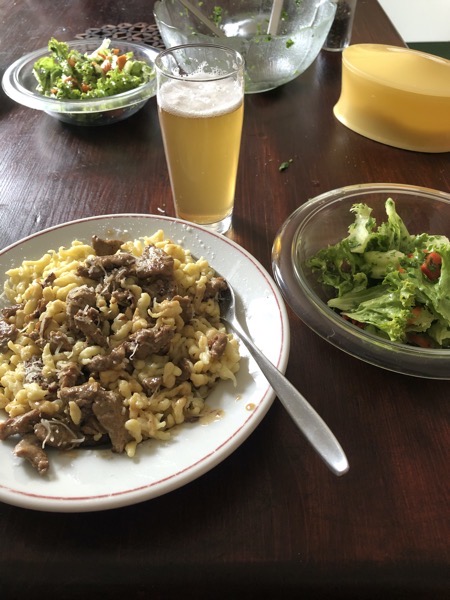 I got some pseudo-meat for the boy and he was pleasantly surprised at the taste.

Unfortunately, we had one of those major misunderstandings while cooking and that took most of the afternoon to sort out. There went all my plans of getting something done. Meh.

In the evening the boy and I watched some Star Trek: Enterprise and the second episode of Eternal Love. Looks like we’ll stick with it for a while because we are very intrigued. We’d like a wiki of characters and nice synopses of each episode but I guess we’ll deal.

Afterwards the boy and I talked about different Star Trek-series. We might have agreed on re-watching Picard again.

Today there will be all the writing, all the sewing and all the lounging about.