I woke up earlier than expected but then made the mistake of picking up my phone first thing again. One of these days I’ll learn. So, no yoga, no noveling.

I did have breakfast ready in time for the boy to go to school but had forgotten to set the alarm that tells him to get ready and me to close the windows in his room. He still was on time but had to move a little faster.

My husband was up a little later than usual and we talked while he had a leisurely breakfast. He is starting to think about what to do during summer break and where I am thinking about taking courses and writing and sewing and getting projects done he is thinking about excursions and the fact that his Italy trip won’t happen. And that not traveling means we can go out to eat more often. When he first talked about it the boy and I were all, „What do you mean, summer travel won’t happen? We never travel during summer break.“ But my husband does. I think we should put the things we’d like to do on post-its and put them on the fridge. We have started doing that with cooking ideas and are liking it.

There was housework and there was running. Well, I say running but it was mostly walking with a bit of a shuffle in between. It is a little disheartening. The weather was great, though: 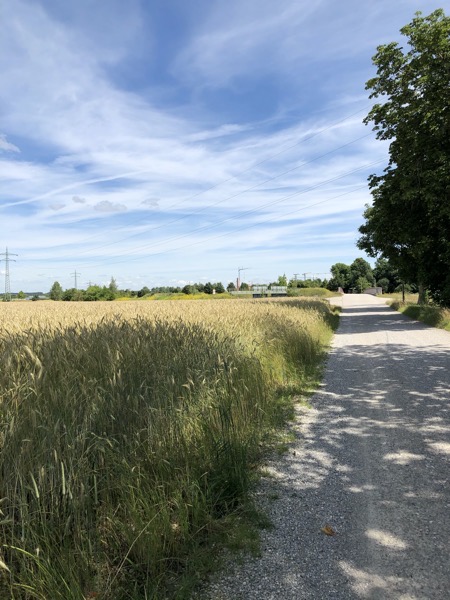 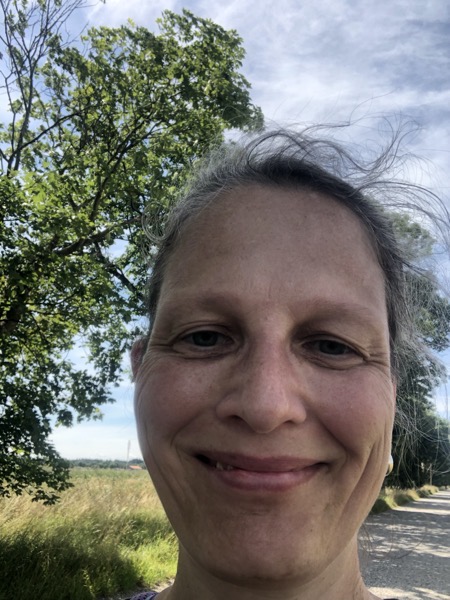 When getting ready for my run I found that my left earphone wasn’t working again. I had let it charge for hours all morning but that didn’t help at all. So I ordered new earphones. Of course. When coming back home from my run I asked my husband for some WD40. He brought something he claimed is even better, I used it on the misbehaving electronics and then – they worked again. I’m still ordering new ones.

My husband made lunch all on his own: 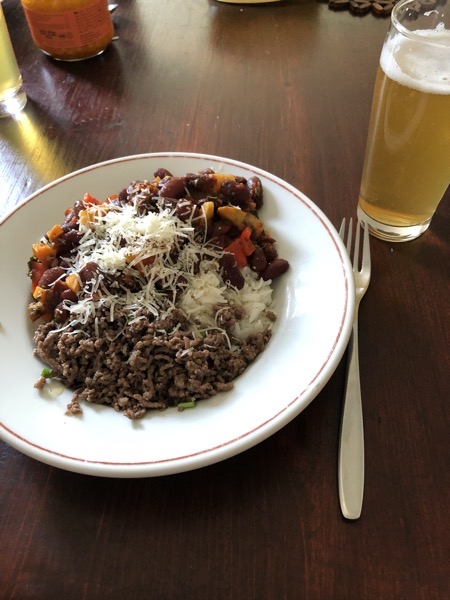 Chili. With the meat on the side so that the boy could have beans only. It was good but I would have preferred mine without kohlrabi. Seems there was one lonely one sitting there left over and so my husband just put it in.

I did the dishes right away, then watched the course on the Affinity suite for a bit, working along. It took me more than half an hour to get through a ten minute lesson. I hope I’ll remember what I learned at least.

Then there was teaching, afterwards I started answering a student’s email about something he didn’t get and then decided to just take a quick video to show him. I had great plans for the evening but turned out to be too tired to do much. So there was dinner and the start of this post and a little spinning. I let the dishes sit unwashed.

Today there will be the walk to the health food store, the baking of the cake that I didn’t bake the day before because I didn’t have time to buy eggs, lots and lots of teaching and I’m hoping to chip away at all the other projects as well.