Let’s just not talk about my morning. I ended up starting breakfast at eight and no, I did not get enough sleep.

Then things went better and I did get out the door for my run only an hour later than planned. It was really warm and running earlier would have been a very good idea.

The whole running/walking thing went really well, only there was this point when I looked at my running app, saw ‚walk 7/9‘ and realized that I somehow missed the halfway cue. I did actually run most of the four minutes running intervals up to that point but felt a little deflated when I found a bit of shadow, could finally look at my phone and found that I was at kilometer six already. I tried finding a shortcut but, well, it wasn’t shorter. Not longer either which was a blessing: 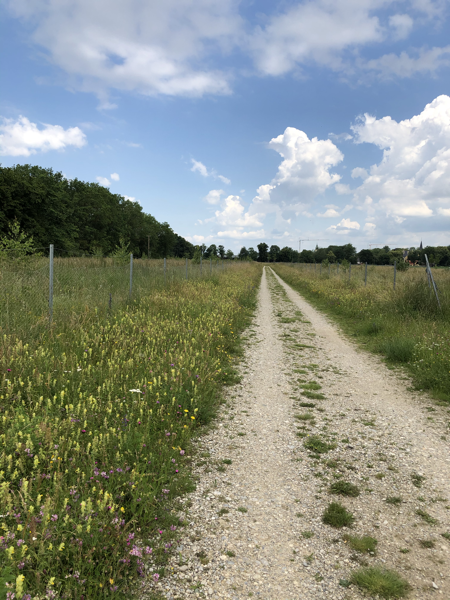 From then on I walked. And sent a text to the boy so he could tell my husband why I was out for so long: 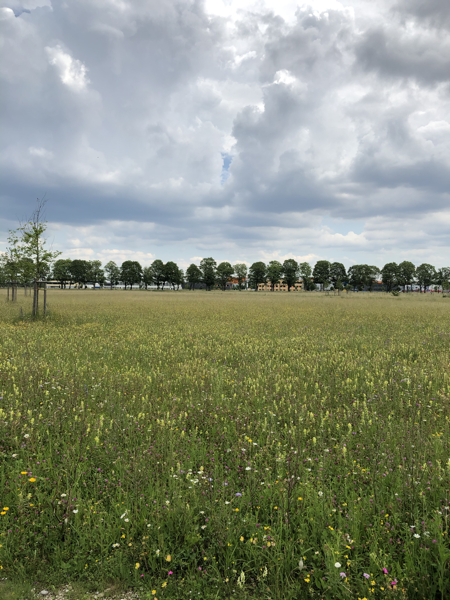 The farmer who owns those fields is apparently putting mixed wildflowers everywhere. I love it. My husband suspects that he is maybe transitioning to going organic.

At home my husband was busy cooking and lunch was early: 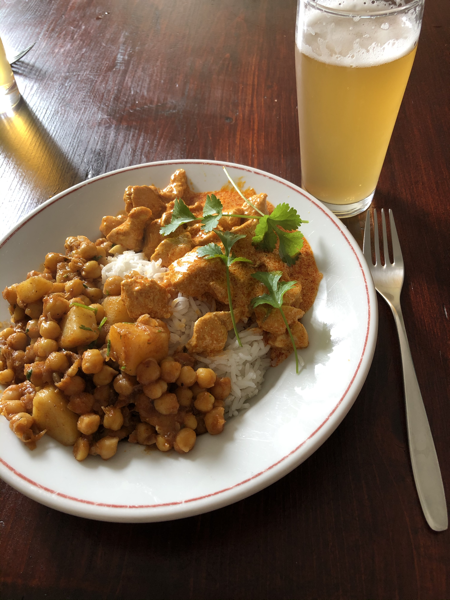 We finally had the chicken from the day before and a nice chickpea curry. With fresh cilantro even.

The boy helped with the dishes afterwards. And then there was the slump. It took a few hours before I finally managed to take a shower, my husband asked me to hold the ladder while he was cutting branches off the maple so that the walnut get more space and I tried to find some cycling on the new TV to no avail.

My husband made omelets for dinner: 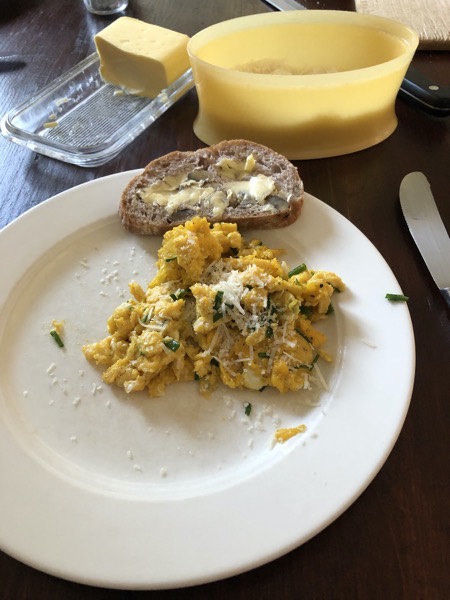 Then the boy and I watched the last Voyager episode before the finale while I spun my first Tour de Fleece-fiber. This picture is one I took in the morning: 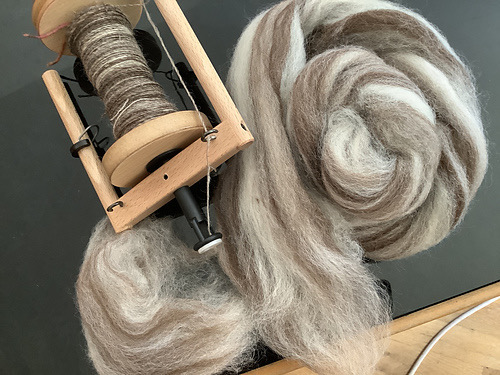 And this is the one I took at the end of the day: 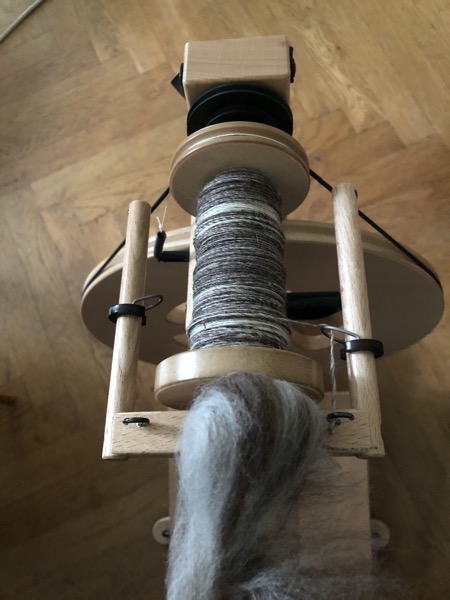 So. Today I get to do all the things for a change. There will be yoga and the making of dolmades and the recording of the podcast. Phew.