I had one of those mornings where I just decide that I don’t want to, stay in bed a little longer, don’t do my morning routine and take things slow. And it felt as if that was the right thing to do after a full week.

I did get up around seven, had breakfast, continued reading „The Bromance Book Club“ and when my husband had his breakfast I switched to knitting a sock. I got that almost finished but not quite.

There was talk, the boy showed up on time and we talked some more, I did all the dishes that had accumulated for 24 hours and went running rather late. The weather was nice and so loads of other people were out walking and running and biking as well.

Running was actually fun and I managed to run almost all of my thirteen 3-minutes running intervals: 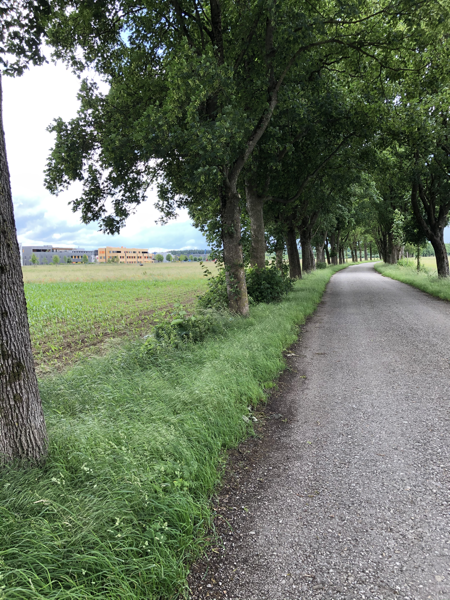 Just the night before I contemplated getting a “NerdFitness 5K“-T-shirt but having it shipped all the way from the US seems a bit extreme. I’m still highly motivated by a silly online event, though: 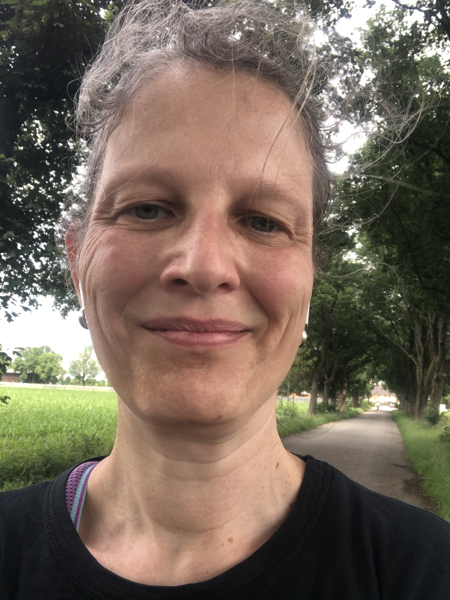 On my way back it started to rain briefly. 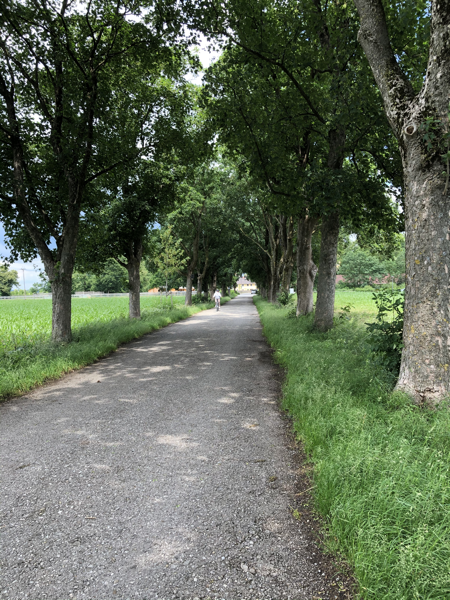 I came back home, helped to peel potatoes, took a shower and ate lunch: 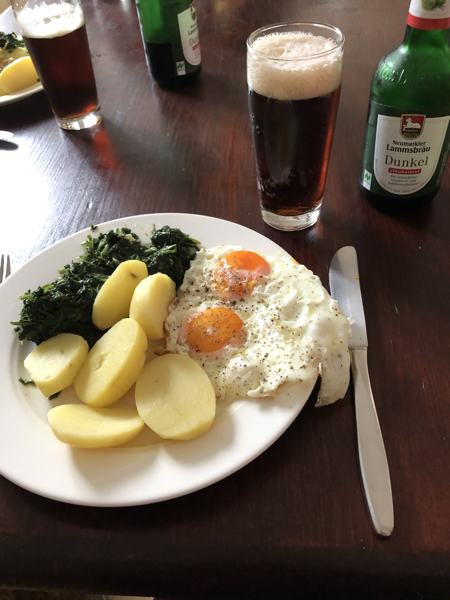 I should have bought more frozen spinach. But it did taste great.

After that I spent the afternoon with dishes again, some laundry, watching a long video, reading all the things and thinking about all kinds of stuff. As usual my husband and son wandered in and out of the kitchen but this time it didn’t bother me because I had decided I wanted a day off. That might come back to haunt me later today but in the moment it felt great.

The boy and I watched an episode of Voyager. The episode was okay but the pacing was rather slow and I’m not sure if I liked it or not. The whole series seems mostly meh at this point. Only four more episodes and we’ll have watched it all the way through.

There were even more dishes while the boy tried to explain the paper he is writing to me. I have to say that all the fancy maths are going over my head a bit and the experimental parts will be interesting too. I just nod and smile most of the time. I haven’t done that kind of maths ever (he has a hard time explaining it to his teacher) and physics were never my strong suit.

I started writing this post, watched some more video before reminding myself that sleep is a wonderful thing.

So. Today there will be some yoga, podcast prep and recording (I hope), finishing the sock in progress and watching some ‚Firefly‘. My back has healed to a point where I often forget that it hurts but then I get up after sitting for a while and remember it with a jolt.