I woke up early but didn’t want to get up at all. I did manage to crawl out of bed in time to try a little yoga before I had to make breakfast, so that was good.

My back that had seized up the day before did not feel good in the morning. It was slightly better but still painful enough that I could barely bend over and definitely not put on socks with ease. Still, I decided to try something very slow, very easy yoga. I did ten minutes of beginner yoga and that was a good idea. Moving made me feel better. I spent the time I had between my breakfast and my husband’s researching back pain, took some ibuprofen and did a little more stretching and moving around.

I did all the usual stuff in the morning and decided to try some running. That went rather well. My biggest focus was to keep my lower back relaxed. The weather was rather warm, pretty humid but not rainy. Unfortunately my shoes were still damp from Monday. Oops: 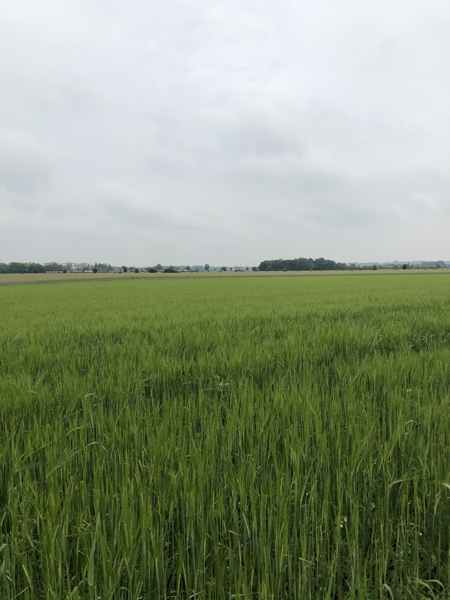 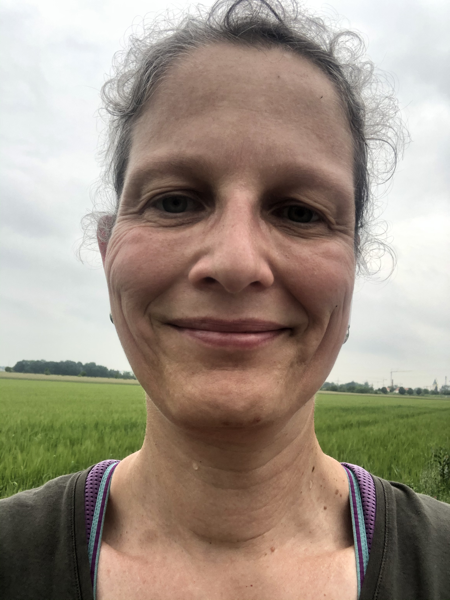 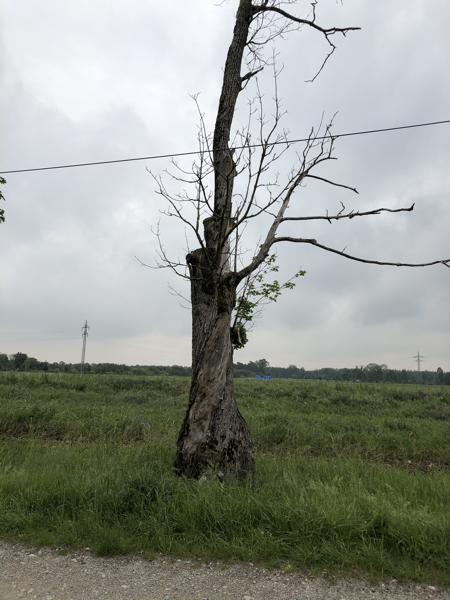 The weather turned dramatic again later in the day with thunderstorms and lots of wind. Not when I took those pictures, though. When I got back home it was almost time for lunch. I didn’t really help at all: 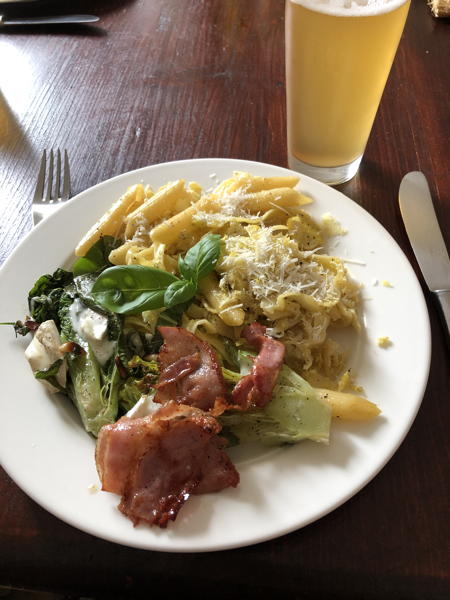 We have a lot of romana salad in the garden and my husband did some research of his own and found that you can fry it. So we had leftover pasta fried with egg, fried romana with pine nuts and goat cheese and some fried bacon. It was so good that I’m sure we’ll have fried salad again soon.

I took a sizable break, then finally took a shower, did the dishes and hurried off to work.

I taught one guitar student online, and the others in person. While I find adhering to the new rules a little stressful and sitting in a draft with a crappy keyboard aggravates my back a lot of things are much easier in person than online. I still haven’t found a good solution for having all the sheet music and things that I need in reach but I’ll get there soon.

After teaching I talked with my husband at length. Having a spouse with the exact same job can be great. We can help each other a lot.

I ate dinner even though I hadn’t planned to because I don’t like taking painkillers on an empty stomach. I then watched a video that I had been wanting to look at for days, cleaned out my inbox started writing this post, did not do any dishes, planned for today and went to bed. Again, a little too late.

Today there will be grocery shopping, two potential new students and three old ones. Three in person and two online. At least I don’t have to switch between video and face-to-face constantly. I need to end the last in-person lesson early enough to re-arrange the room and disinfect the piano for online teaching afterwards, though.

I have a webinar at eight and that will be it. So everything else that I want to get done has to happen in the morning. We’ll see how that goes. I’m still rather exhausted.