An acquaintance of my mother-in-law came to our house yesterday morning. My husband met them outside. When he insisted on keeping the proper social distance the said, „But there hasn’t been any risk of infection now for a long time!“ He had gone outside to give them some of the salad he is growing. Upon hearing this ridiculous statement he turned around and went back inside without further discussion.

Yes, there has only been one new case around here in the last week. One case that has been tested. Yes, things are looking better right now and it seems okay to open some things up again. Also yes, the probability of my husband, the boy and me begin infected is rather low. But. It’s not zero. And it is especially not zero for someone who thinks they don’t need to distance themselves.

We don’t need hundreds and thousands of cases to initiate a second wave. We only need a few who are infected and a lot who think that things are safe. That’s what ‚exponential growth‘ means.

At first my husband wasn’t sure if he hadn’t over-reacted. So he told me and I sat there stunned and upset. I wasn’t sure if my reaction might be a little out of proportion either but when we told the boy he stood there in the doorway, rooted to the spot, his mouth hanging slack, speechless, trying to find the words until he did a literal facepalm.

Anyways. I did sleep a little longer because I had gone to bed way too late. Did most of my morning routine but didn’t manage to work on the novel. Everything went fine, breakfast was had, then I went running. Look, poppy: 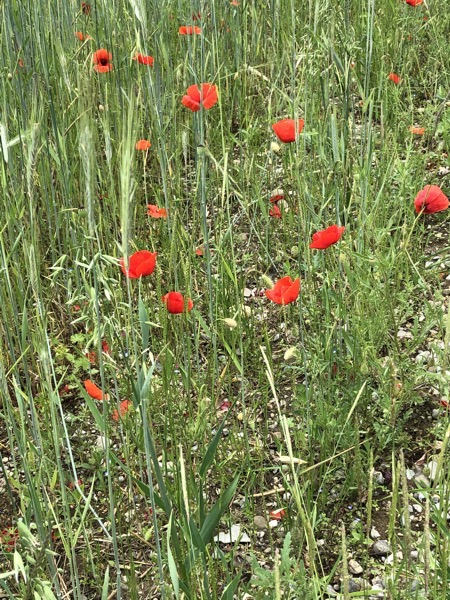 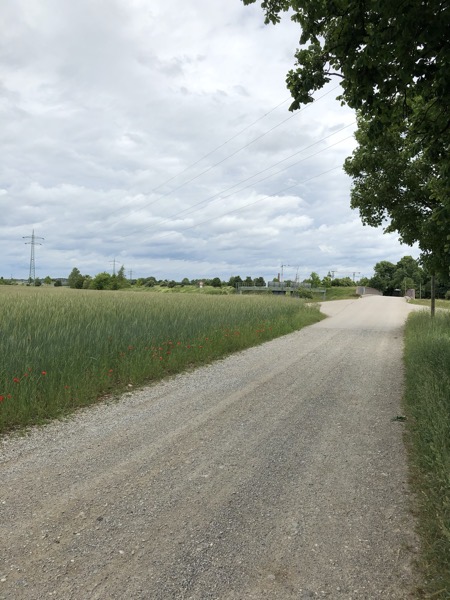 Also, I’m trying to get better at selfies but failing.

I took a shower, my husband made lunch: 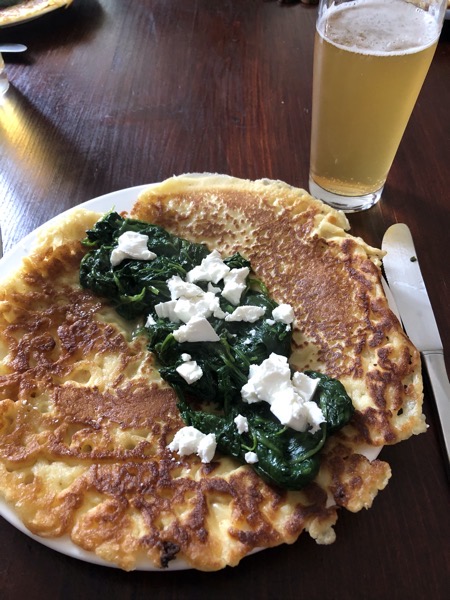 (We wrap them before eating but that way you can’t see the filling.) The spinach was from our garden. We pulled it from the freezer.

In the afternoon I did not do as much as I wanted but I felt much better. I folded two loads of laundry and put most of it away and hung up a huge load of sheets and towels and such.

Then it was already time to watch something with the boy. There was knitting. Early to bed.

I might have bought two new books. One was free and the other was „Americanah“ for only 2.49. I found it through a recommendation on a blog I like and was intrigued by the story’s connection to Nigeria. Back in the day when I was studying cultural anthropology I learned quite a bit about Nigeria. There was a lecturer there whose specialty it was. Unfortunately she was not able to go back and study more because of politics at the time. But she held this lecture and I attended for several years. She was rather nice but also extremely dull in how she delivered. So each semester the lecture would start out with a room full of students in the beginning and near the end there would be me, my friend Jutta and one other student. Up to the point where the lecturer would come to class, see that there were only two students attending and ask, „Where’s Ms. Mayer?“ Since Jutta and I were musicologist and music education major she started telling us more about Nigerian music and instruments.

So if you managed to stay awake what she was saying was actually very interesting. Staying awake was a bit challenging, though.

I’m not quite sure what I want to do today. There might be some keyboard testing and there also might be some camera testing. We’ll see.