My alarm went off at 5.18, I actually got up right away and when I entered the kitchen for the first time it was 25 minutes later. I was pretty certain that I didn’t spend that much time in the bathroom. Well. Turned out that my Fitbit was showing the wrong time and was twenty minutes early. Huh. It was also showing my heart rate at 180 again. Let’s just say that ordering a new watch seemed like a great idea in that moment.

I did yoga, made breakfast, opened the novel-in-progress and closed it again right away. I was stuck. But then I had the great idea to write the monthly newsletter instead. I finished that right as my husband was showing up. We talked, I knitted, we planned the day.

The boy was late and I had already started doing the dishes when he finally came downstairs. More talking. I was reluctant to go running, for one because it was raining hard and secondly, because I was waiting for a package in the mail. In the end I ordered the boy to stay downstairs so I could go out but then dawdled long enough to open the door for the mailman myself. It was the new camera! I’m hoping that that will help with recording the podcast. Here’s a picture I took late last night: 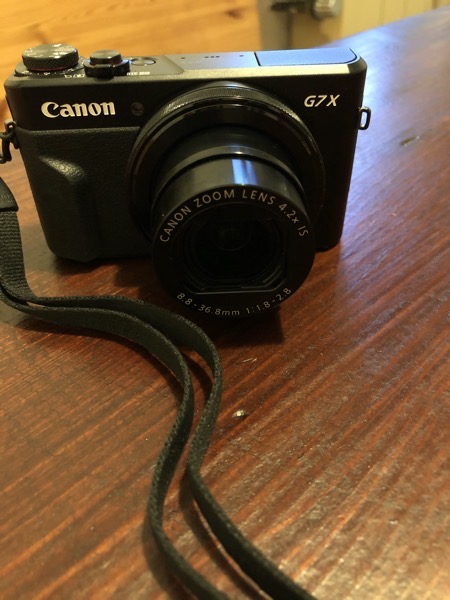 By then my Fitbit watch was out of juice again so I recharged it and took my other heart rate monitor with me on my walk/run. Only, that one wasn’t working either.

I’m still determined to repeat intervals of two minutes of running and three of walking until I feel that the running is unbearably short. I was lucky, because it mostly stayed dry and I met almost no one: 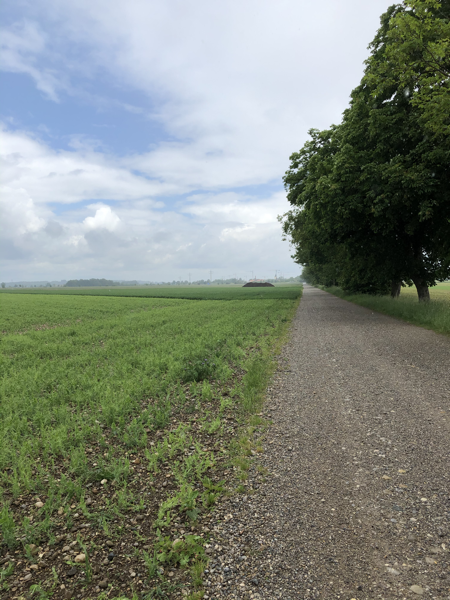 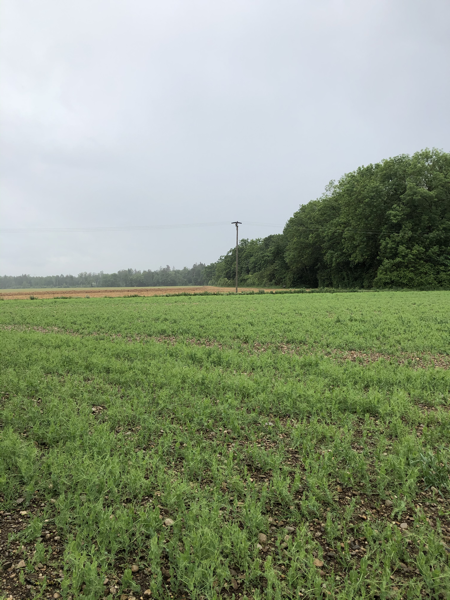 Back home it looked as if the Fitbit watch was showing correct numbers again. Especially after I installed the new firmware update. Odd.

I did help a little with cooking, took a shower and had lunch a little late: 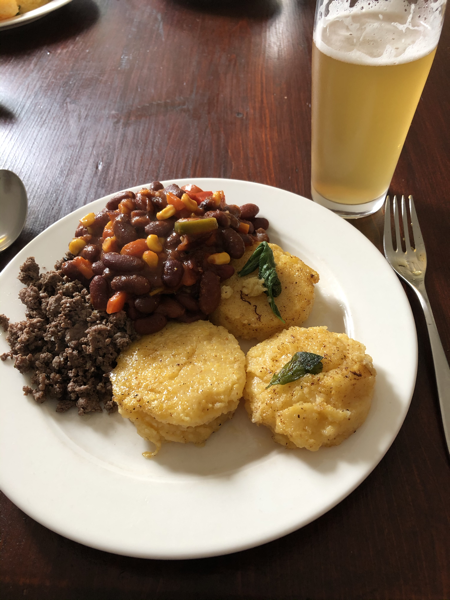 That was very good.

I had a short break and then proceeded to teach all the students all afternoon. Afterwards there was dinner with the whole family where we talked a lot and then the boy and I did the dishes while talking about things like how to pronounce ‚Gouda‘ in Dutch, the difference between phonemes, how ‚Holland‘ is pronounced in Dutch versus German, anatomy, tetrapods, Jacquard looms, computers, and agile project management.

While this was highly enjoyable it also meant I was already a little late and there was no time left to work on the podcast or play around with my new camera.

I started writing this post, planned for the day ahead and went to bed.

Today there will be a big supermarket run, quite a bit of teaching and I’m hoping to work on the podcast as well. Also, laundry.