I had set my alarm for six because I went to bed so late. When it went off I didn’t get up right away and so there was no yoga, no meditation, nothing. At least I wasn’t feeling sick anymore.

I did manage to make breakfast on time. The boy was uncharacteristically cranky. My husband is still in total overwhelm mode. There was lots of talk. I managed to move at least one of my projects forward by casting on a new cardigan. I had already tried starting it the day before but found the instructions slightly confusing. There are eight markers that are named in a way that seem completely easy and logical when you sit there, alone with your knitting and nothing else, but that are harder to follow when you’re having an involved conversation while trying to plan the rest of the day in the back of your mind. So I decided to do this: 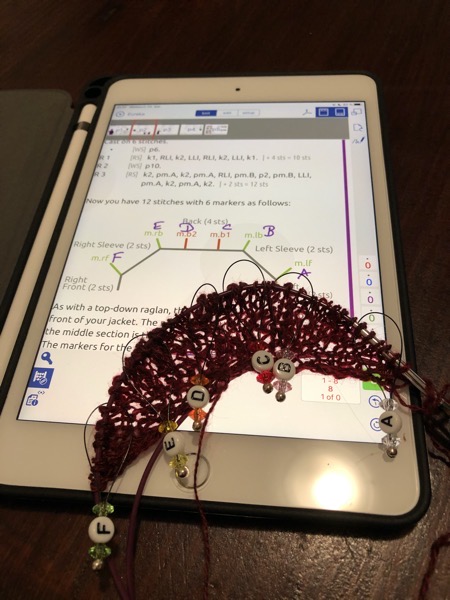 Instead of trying to remember if this particular marker was ‚m.lf‘ or ‚m.rb‘ or something I used the alphabet markers I got for knitting Cat Bordhi socks and then wrote down in the pattern which marker is which. I also put it all directly into the line-by-line instructions which is making orientation much easier. I have to say that I love the KnitCompanion app and the fact that I can write directly into it with the Apple Pencil. And I set up linked row counters so that it is counting where I am in the 8-row repeat while keeping track of how often I have knit the repeat. Excuse the bad lighting, I took the photo last night.

Then there were dishes and such and I finally went walking/running: 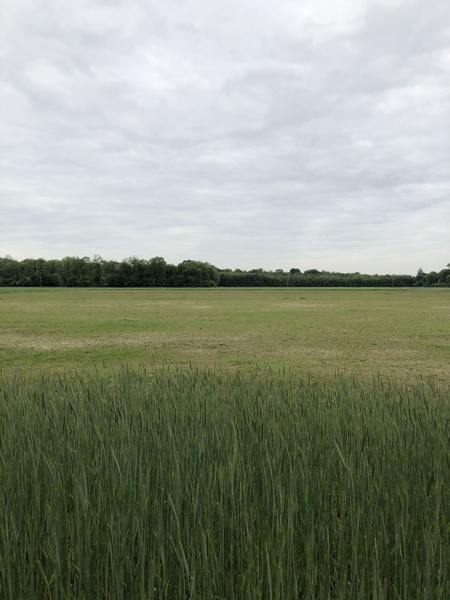 There were more people out than on Monday which was weird because it was so gray. Still pretty warm, though. I’m still struggling with the running intervals and have decided (for now) to just continue running for no more than two minutes at a time until I get sick of it. 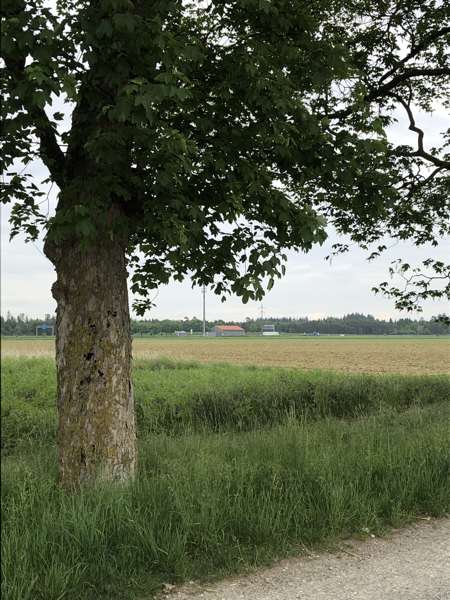 My husband had decided not to go running but instead to work in the garden. He feels that he is two weeks behind already. He also made lunch with only a little help from me with the salad: 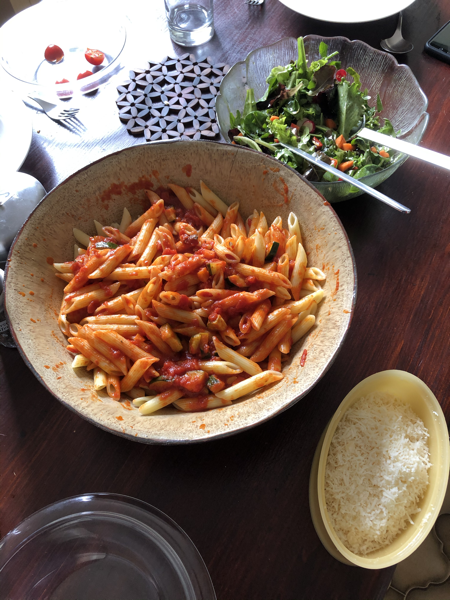 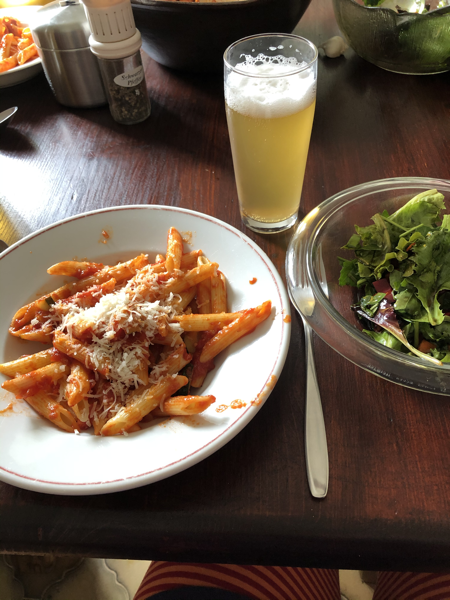 Yes, I am wearing striped leggings. After lunch I did the dishes and hastily repaired my orange jersey dress with thread the wrong color.

My original plan had been to record the podcast but I didn’t even manage to prepare the podcast episode. And along the way I realized that that plan was totally flawed. I can’t record a podcast episode while my husband is teaching in the next room. The sound bleeds into my recording, not good.

Then I taught more students than I had thought, I had forgotten that I had tacked on onto the end.

It was also a day of much admin. A potential new student called on the phone. She had wanted to start weeks ago and I had already met her but when I offered video lessons I didn’t hear back. She’ll probably start in mid-June. I also got an email about yet another potential new student. We’ll see how that goes.

In the morning my mother-in-law had called that she would be home that day and I had seen her briefly when she arrived. I’m glad to have her back home. I hate not knowing and waiting for days was a little tough. I’m rather curious about the report from the hospital but will need a bit of time to sit down with it while having google open.

After teaching and admin the boy and I watched some Star Trek. We were somewhat underwhelmed this time. I ate too much chocolate. Then I started writing this post and got ready for bed.

Today there will be the podcast. It is a public holiday, Christ’s Ascension which is also Father’s Day. We’re probably getting take-out. It is very tempting to go to a beergarden because they’re open again but I’m guessing those will all be packed. Too crowded for me, especially at the moment.

Somehow the days all seem too short at the moment. I guess I should rearrange things a little.