Woke up at 5.34, totally set on getting out of bed and doing yoga and then I just sat there browsing the web until 7.25. Oops. I guess there will be a new rule of no devices in the bedroom. Apart from the ebook reader.

Had breakfast and my husband showed up a little early to start the fire. The boy was half an hour late for his breakfast which had repercussions all through the morning. I found the sock yarn I had bought in January in Salzbug that I had totally forgotten about until I had to go to the bathroom the night before at 4 am when suddenly I remembered. I bought one of the patterns I had made the boy look at the day before and cast on right away. Okay, it took me five minutes to locate the needles I wanted to use but that doesn’t count: 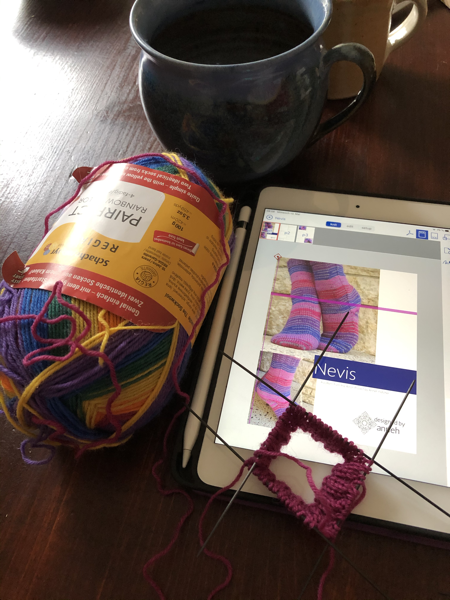 I did dishes and my husband started a load of laundry. Then my mother-in-law showed up saying she was going to the doctor because her blood pressure was too high and she wasn’t feeling well. So I advised the boy to be ready in case she called and went out the door myself. At least she felt well enough to walk to the doctor’s office by herself. Pushing her bike as an ersatz-walker.

I dropped a package off, the boy had ordered clothes and wanted to return the ones that didn’t fit, and then went running. Well, I say running but I was feeling so down and low on energy that it was more a walk and shuffle The weather was nice, cold and gray with some extra drizzle thrown in: 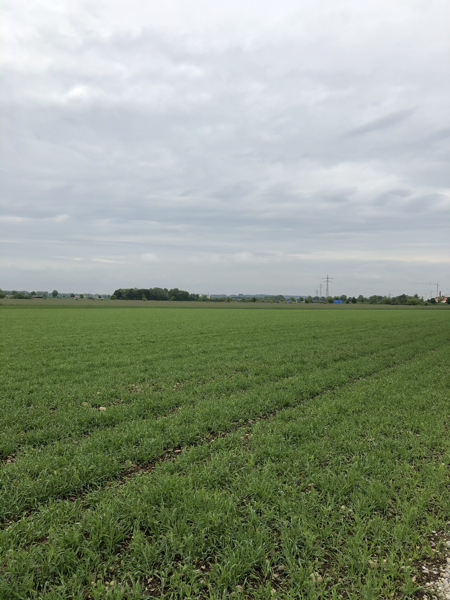 There were only very few people out which was nice: 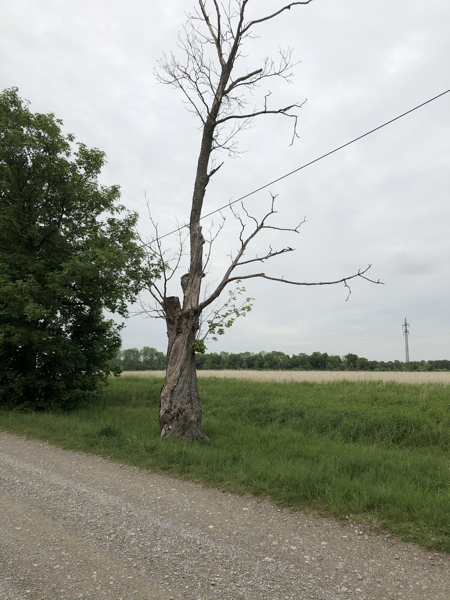 My mood lifted quite a bit while moving outside even if I didn’t really feel like running: 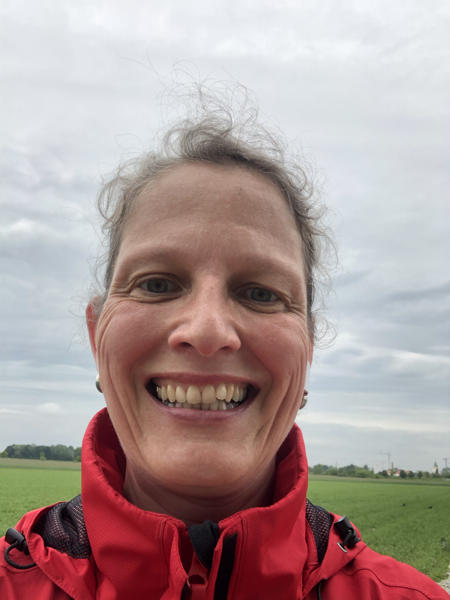 I came back home where my husband was in a slight cooking panic. So I helped a little and then put a second load of laundry in. We had lunch half an hour late: 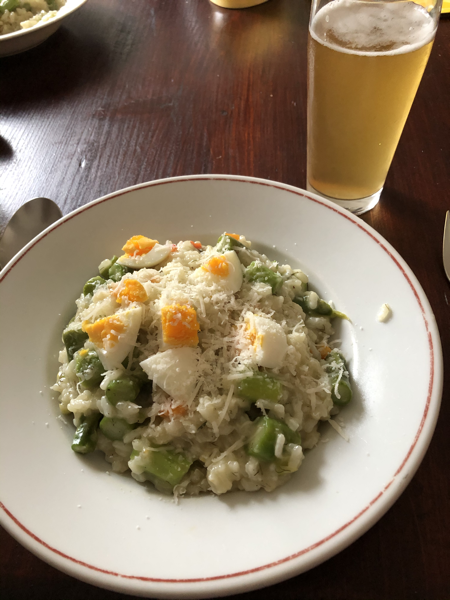 Very good asparagus risotto. I took a short break, talked with the boy and then realized that I was already a bit pressed for time. I needed to take a shower and wash my hair, hang up two loads of laundry, clear the drying racks off first and do the dishes, all before teaching. I decided that the dishes could wait, pulled the dry laundry off the racks without folding anything, hung everything up in record time, hopped in the shower, helped my husband with some technical issues regarding his next lesson and made it to my own first lesson of the day just in time.

Taught non-stop until six, then returned a call from that potential new student who keeps insisting that video lessons are not real and who tries to have us meet in person. Since so far I don’t have a way of keeping the proper distance while teaching piano what with me having only the one I promised to call her when I would return to in-person lessons.

Right in the middle of me scanning sheet music and sending emails to students to wrap the day up the boy came to my studio. Because my mother-in-law had decided that she needed to go to the hospital. Her doctor hadn’t really found anything and she decided that she couldn’t face another night feeling bad. So off she went in a taxi. I’m just hoping that everything will be alright and that she doesn’t catch anything while there.

Then there was dinner with all of us at the table and talking, the boy helped me with the dishes, I started this post and for once I got ready for bed on time.

I might have bought yet another book. The coach I saw on Monday mentioned it, „The 5-second rule“ by Mel Robbins. I remember watching her TED-talk and looking at the sample of the book a while ago and deciding that I already had enough books of rah-rah motivational self-help but today I was just in the mood for a bit of exactly that. Let’s hope it works.

Today there will be a visit to the new gynecologist, only three students (okay four because one of them is bringing his daughter) and I’m looking forward to another virtual knit night with Julia. Bonus points for going to the supermarket between lunch and teaching.