Woke up at my regular 5.34 or so again, lounged around in bed but actually did five minutes of meditation and some yoga before breakfast. Then research though I don’t quite remember what was so interesting. I did try to prepare for my coaching call, though.

Husband and I had a lengthy talk about personality and behavior patterns and how much of it is fixed or fluid. Fascinating. When my husband left for running I did the huge pile of dishes from the day before with the boy’s help and then we went on to talk some more. I definitely didn’t feel like going out and running but in the end I persuaded myself: 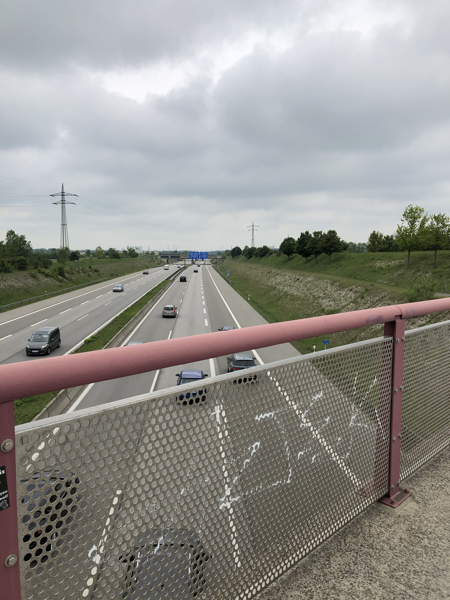 It was gray and a little drizzly but In only wore leggings and a t-shirt: 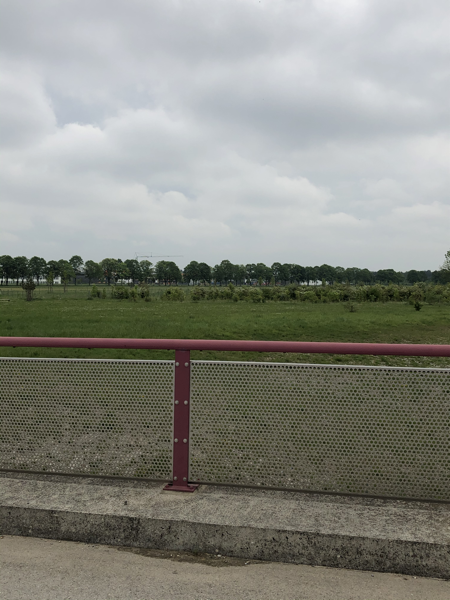 Running went very well until I decided I didn’t want to anymore and walked most of the rest of the way. There weren’t all that many people out, the ones I saw were mostly runners as well. When I came back home lunch was almost ready, about an hour earlier than usual. My husband was hungry. I could have sworn I took a picture of my plate but I can’t find it. So just imagine potatoes, green beans and bratwurst.

Then I finally took a shower and since I’m officially participating in MeMadeMay again and hadn’t done laundry I took the time to mend a torn seam on a t-shirt. Took all of three minutes. 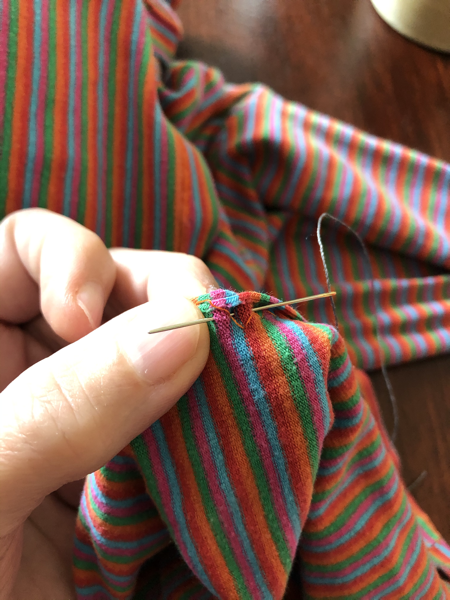 I did have to shorten my hair-washing routine afterwards because there was not much time left before the first student.

I taught all the students, had a rather short break and then had my second ever coaching call. It was pretty helpful even though the coach seemed a little frazzled. It had apparently been a day of frustrating internet problems for her. Our call went mostly well with just a few glitches and she gave me some more ideas. Fascinating. It seems that for most people finishing the first book is the big hurdle, not getting stuck after finishing, um, six? Or three, depends on how you count them.

Then I ate dinner because I was so hungry, started writing this post, ate some chocolate while reading a novel and then got ready for bed. After writing in my bullet journal.

Today there will be getting groceries, maybe from a new health food store that my husband’s aunt had been talking about, teaching with a big, fat break in the middle and not much else. I feel like I don’t have much energy left. Oh, and the new Sarina Bowen book will come out today! Never mind that I still haven’t read the last one.