Well, I did get enough sleep, so that was good. Then I decided that I didn’t really need to ban my phone from the bedroom because I had been so successful in not spending all morning on social media the days before. Guess what? That was due to not having my phone in the bedroom. Lesson learned. I hope. I often have to learn that kind of lesson a few times before it sticks.

There was breakfast and a pleasant morning with my husband and the boy. I was so preoccupied with having to call my mother that I totally forgot that I was having Mother’s Day too until the boy presented me with this: 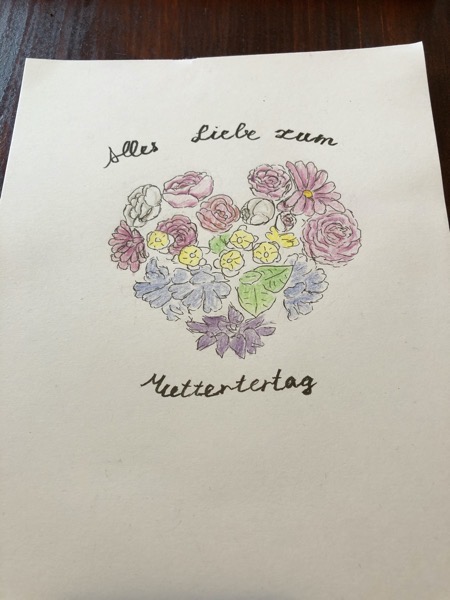 There were dishes and such. And no yoga despite it being on my to-do list. Then I called my own mother for the traditional Mother’s Day phone call. We talked for an hour. I finally told her that we won’t be visiting during Pentecost break. My parents are both high risk people and I don’t think getting on a train for eight hours to cross the whole country is a good idea right now. And no, I don’t think it will be a good idea three weeks from now either. I will probably loose the money for the tickets. I still beed to cancel the apartment we wanted to rent but at least I haven’t paid for that yet. I was afraid my mother would be angry and very disappointed but she had seen it coming and remained rather calm.

Then I helped with making pizza: 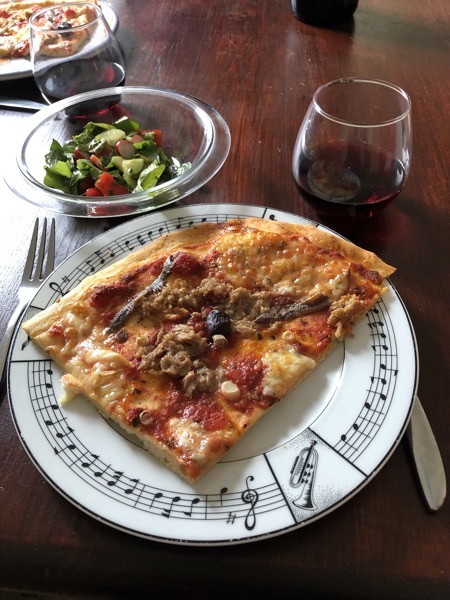 And this is the veggie version: 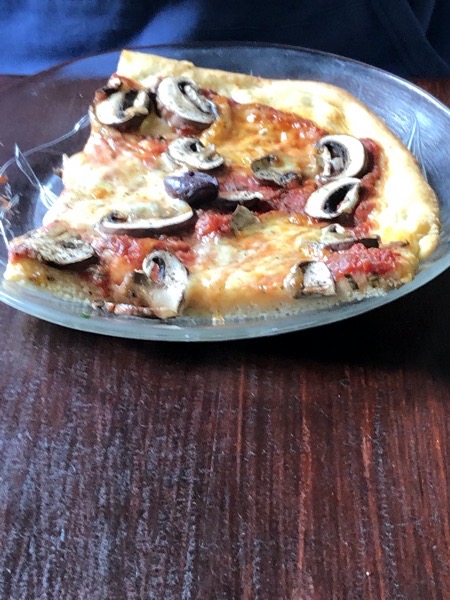 Dishes were not washed. I finally got the podcast out the door, sync problems and all. I tried researching those issues but got nowhere. This is driving me crazy. I am doing everything the way I used to but there are tons of problems regardless. Maybe I need to reset the computer or something.

I started sewing more masks but didn’t actually finish anything before it was time for watching Star Trek. I have to say that today’s episode of Enterprise was pretty good and Voyager had a nice and mysterious closed room mystery. I got quite a bit of spinning done while watching TV. Then I lost steam, read „The Fasting Lane“ on my phone and then it was so late that I should have gone to bed immediately. But I didn’t. Instead I started this post, then skipped doing the dishes again but set the kitchen in order so that breakfast could happen this morning and finally went to bed.

Today there will be running, quite a bit of teaching and then another coaching call. I haven’t prepared for the call at all and I haven’t finished my homework. Oops. Tomorrow looks like it might be less full but maybe that’s deceiving.