I woke up a little later than usual despite the alarm. Did my ten minutes of yoga and five minutes of meditation. Nothing else until I met my husband on the porch when I was just about to start eating breakfast. He was already up so he made his breakfast early. Lots of talking. The boy came down to breakfast on time with his head in his physics paper. The one that was due the same day.

I did dishes and such. I spent a lot of time reading „The Fasting Lane“. I’m very motivated to get back to intermittent fasting. I’m also planning to eat less sugary things, we’ll see how that goes. For now I’m very motivated.

When I wanted to go running I couldn’t find my one pair of running shorts. I looked everywhere. They must have ended up somewhere with my husband’s clothes. In the end I wore leggings and found them way too hot. But the book-induced motivation was still high enough that I ran for almost all of my seven 7-minute running intervals: 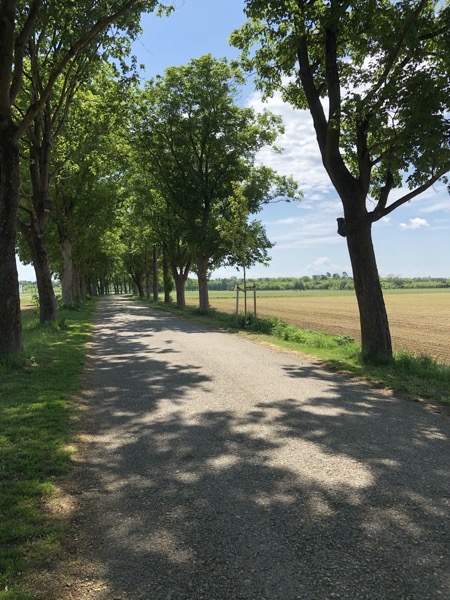 There were a lot less people out there than the weeks before. Mostly people who looked like they would have gone to the gym otherwise, less people walking: 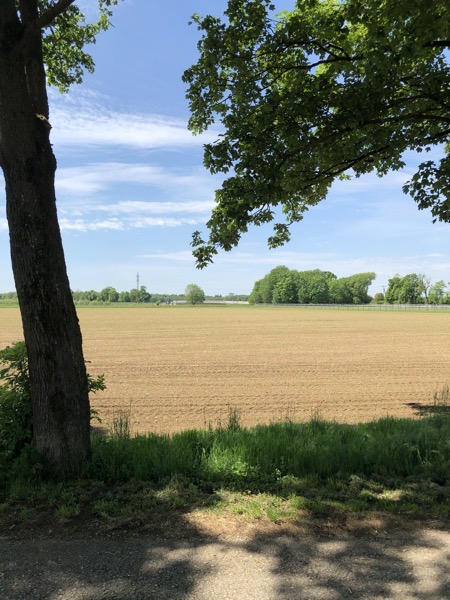 After weeks where I felt like I will never be able to run for any length of time I was finally a little optimistic again: 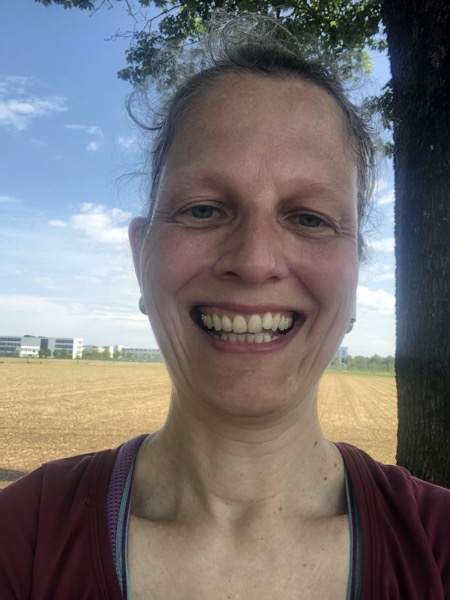 Back home where my husband was making black beans with rice: 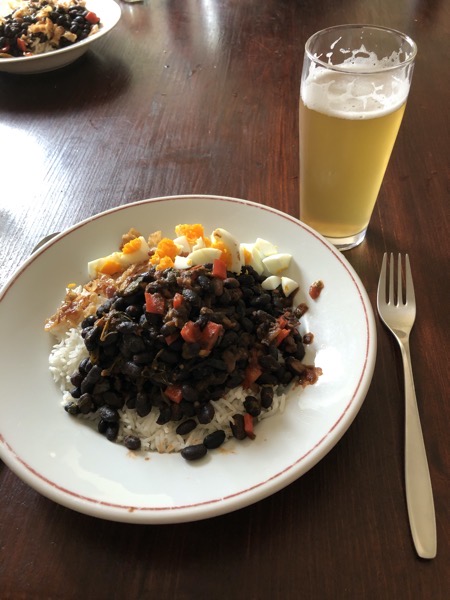 Then more dishes. The boy tried to explain the math for his paper to me. Um, no. I’m not math-averse but that level is not one I can understand just by listening.

I worked on the podcast a bit. I read some more. I finally took a shower. I made another gynecologist appointment because yeast infection treatment number four does not seem to be working either. My husband reminded me that one of his former students is a rather nice gynecologist. When I looked him up online I found that he has a very personable website and that I could book an appointment online. Looks like I’ll go to the doctor yet again. Meh. But yeah for online booking.

I also got another free novel and a book about making sketch notes. Of course. Because that’s what’s really important right now. Never mind that I’m still not reading as much as usual at the moment.

I had hoped to publish the podcast and sew another mask but that was not to be. Big, scary homework remains undone. I did look through my bins of spinning fiber and decided on some Bluefaced Leicester for the cowl I want to make. I started spinning right away.

The boy and I watched Star Trek and ate dinner. Then we had spectacularly good ice cream, Ben &Jerry’s „Fairway to Heaven“. Of course I had to buy it. A) because of the name, b) fair trade and c) caramel with caramel. What’s not to love. Pity that I’m going back to my old rule that I can have all the desserts I want but only when I make them myself. I might have to research caramel ice cream recipes.

I turned the lights out at a reasonable time so that was good.

Today there will be yoga, the publishing of the podcast, some sewing, some spinning and since it’s Mother’s Day I will call my mother on the phone.