Woke up pretty early again and started reading right away. Finished „The Switch“ and can heartily recommend it. Then I decided that I needed to buy a book I had looked at months ago because of a free short story I read. (Story is no longer free, sorry.) So I researched the book, bought it and the second one in the series (or rather the first), read four pages and decided to switch to „Defy or Defend“ that just came out. As one does.

Then I wanted to properly start the day with yoga. I thought it would be a good idea to use the TV for Youtube but then I couldn’t get the TV to connect to wifi, something that had been a problem before. So I – had breakfast.

Husband and son showed up, there was conversation and actual laughter. Also dishes. I still don’t have a knitting project which is completely unacceptable. I did some spinning.

Then I ordered Greek takeout for lunch and walked all the way to the restaurant to get it. The weather was sunny but windy and cold. Lunch was very tasty: 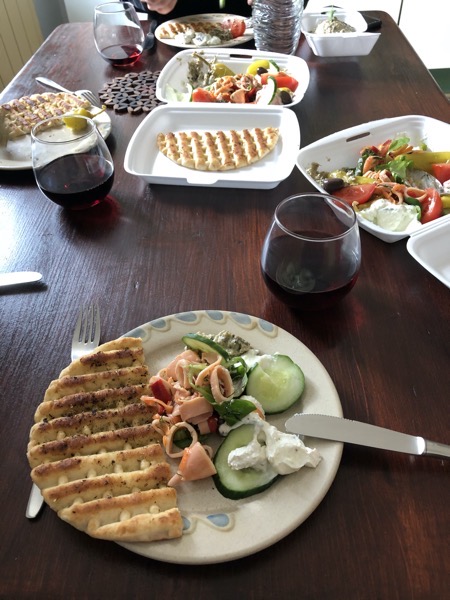 Just a bit too much. 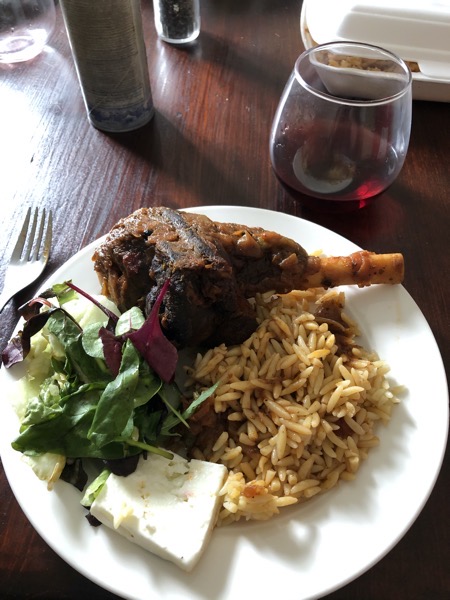 Then a short break, some email, a conversation with my sister on twitter and then, instead of finally preparing the next podcast episode I started troubleshooting the TV’s network problem. It does seem to have worked. In the end I decided to postpone the podcast (again).

I did manage to finish sewing the masks I started the weekend before. I did find out why I had a leftover piece of elastic, even, when I finished sewing the inner and outer parts together and turned the masks inside out one of them only had elastic for one ear. But with a little help from my trusty seam ripper I managed to make that all better. 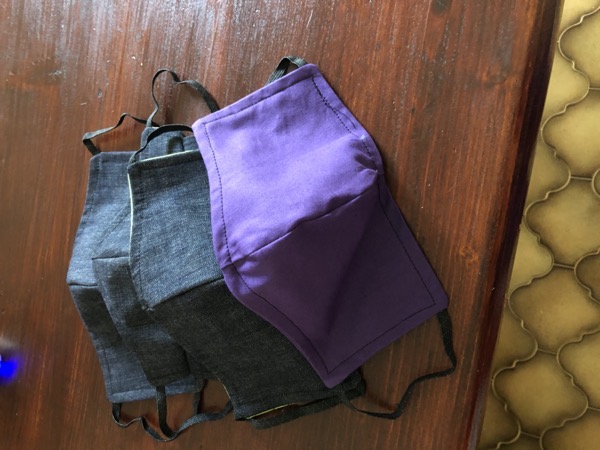 Then the boy and I watched Voyager and Enterprise. The second half of the Enterprise pilot still had great test design and some interesting concepts but the boy and I are not in love with the characters at this point. The first episode of season 7 of Voyager on the other side was excellent. We could have done without the romance element but then that’s often the case.

After that I spent some time updating my bullet journal and starting this post before going to bed too late.

Today there will be running, some admin, teaching and some small, niggly things. Hopefully a new knitting project though I don’t think I have any yarn to use. I’ll have to go and look later.