I actually did get enough sleep, that is always helping. Nothing productive before breakfast and then I found that we would be running out of bananas soon. Still, a rather pleasant breakfast while reading „Code of Honor“.

My husband showed up right on time, the boy was a little late but had sent a text. Unfortunately, I didn’t get the text.

There was talking and dishes, I called my mother on the phone who thought that we were still on Easter break and also that it was Mother’s day (no on both counts). Then I did yoga to calm back down again: 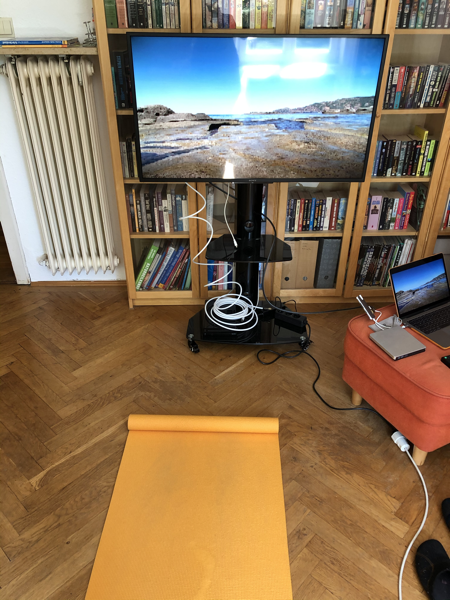 There were leftovers for lunch, first asparagus soup: 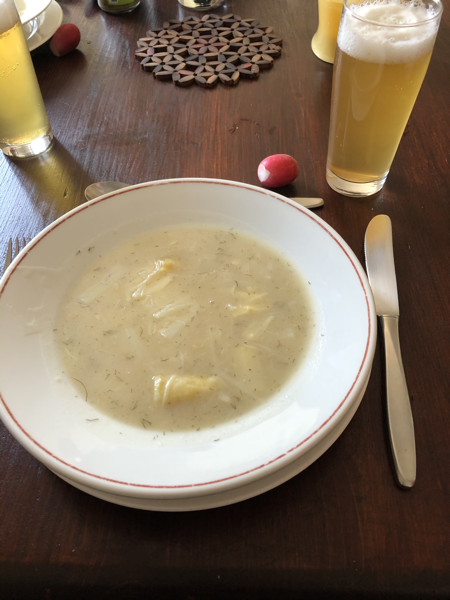 And then fried pasta with egg, parmesan and ketchup that I forgot to take a picture of before starting to eat: 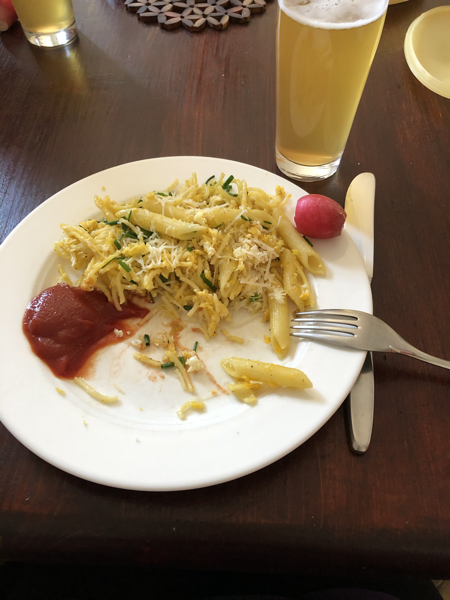 Then I procrastinated for an hour while reading, did the dishes again, hung up two loads of laundry and folded one, helped my husband order replacement panels for the greenhouse and finally started making masks: 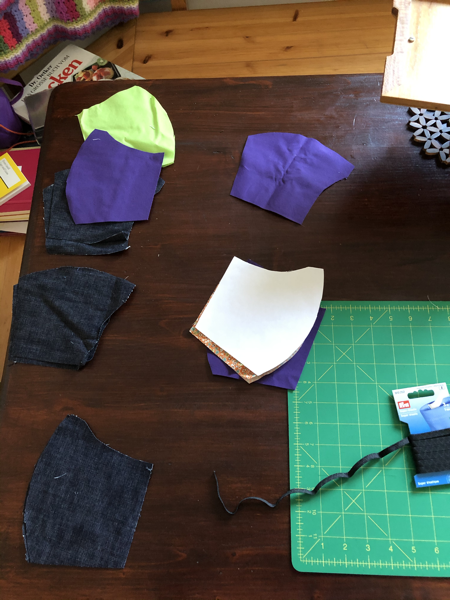 The denim will probably be a little too dense but we’ll see. Since I started late I didn’t finish the masks. Fortunately we already have some we can use in the meantime.

Then it was time for dinner and Star Trek. We watched the last episode of season five of Voyager and the penultimate episode of the Animated Series. We might have to find something new soon.

I decided that going to sleep on time was more important than writing this post at night so I’m typing this in the morning, before seven, while sitting in bed. I’ll have to get up to make breakfast soon.

Today will bring running and teaching and that coaching call that I’m rather nervous about.