I woke up at 5.30 but decided to doze a little longer. Started my morning routine fifteen minutes later and then got derailed again. But I did meditate and write morning pages. Had breakfast on time and then decided that my unbalanced budget was bugging me enough to warrant half an hour of my precious me-time in the morning.

My husband showed up a little early. The boy showed up quite a bit late but my husband and I still got out the door earlier than usual for running. I just left the dishes for later that morning. And that turned out to be a wise decision. The masses were only starting to show up when I was already on my way back. Here is my halfway point: 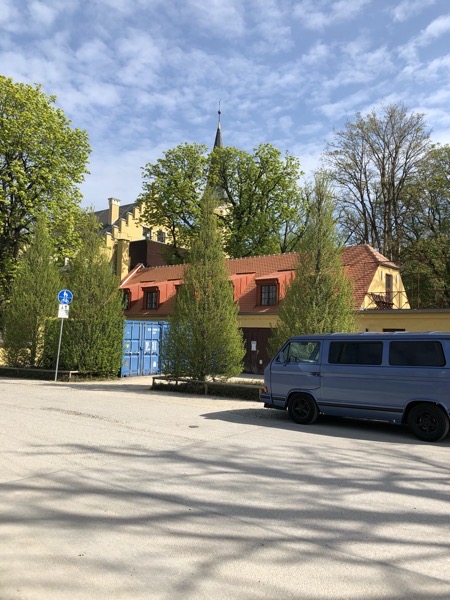 The weather was really nice: 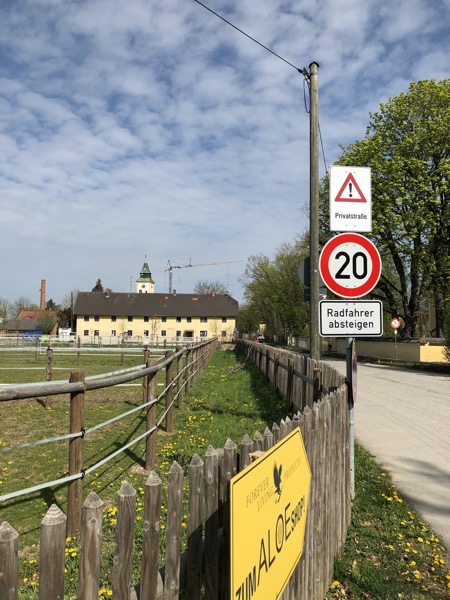 I did intervals of four minutes of running and two minutes of walking and actually ran most of those. Did a total of 8.5 kilometers in 73 minutes. Yes, I’m still extremely slow. Yes, after all these years I still can’t run for longer than four minutes without taking a break. If that. I’ll get there eventually. 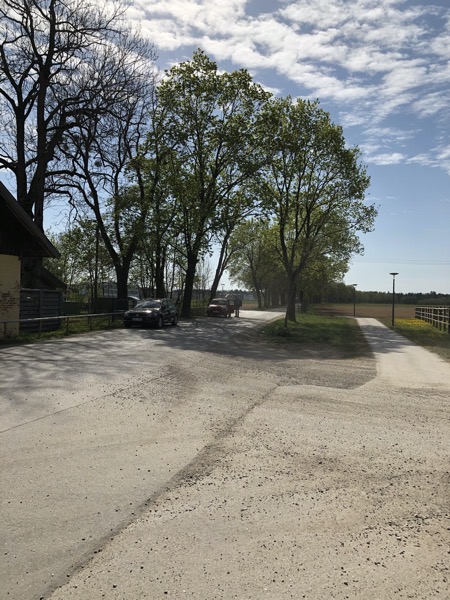 Back home I did the dishes and helped to make lunch. I wanted to take a shower before that but lunch was ready early: 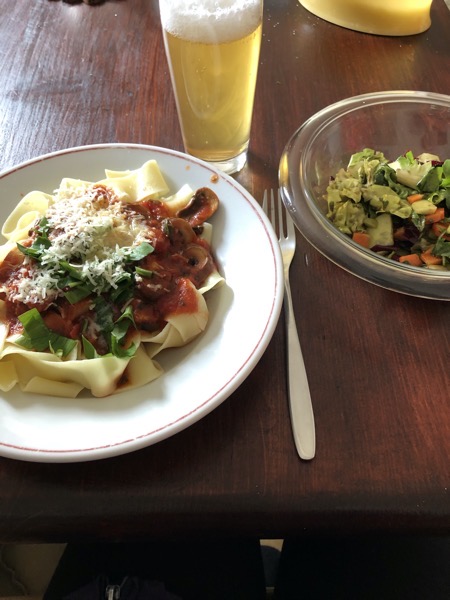 Then the boy helped me with the lunch dishes and we talked a bit. Then we met for a planning and brainstorming session for our schedules for the next few weeks. I thought since we both are having problems with organizing our days we might help each other. Sometimes it is a good thing to talk things through with someone else in order to find a solution and my husband hates planning and schedules.

From then on my afternoon went downhill a bit. Just when I finally wanted to take my after-lunch break with my novel and some chocolate my husband showed up to show me something. It was as if the whole afternoon was one big transition period.

Around four I was so frustrated that I didn’t get anything done that I uploaded the podcast on Youtube and folded all the clean laundry. I finally took my shower and then it was almost time for dinner and Star Trek.

Afterwards I read a bit, started writing this post, wrote in my bullet journal and went to bed. I even flossed.

Today there will be yoga, and finally the podcast, and the planning of the week, maybe I’ll watch the Growing Gills book club video from Friday and finish my Viajante. We’ll see.