I slept in again, until 6.28. This time it was deliberate, I turned my alarm off, turned to the other side and went back to sleep. Did get out of bed right away after being awake, so that went well but then I had this wave of ennui about meditating and writing morning pages.

I did eat breakfast pretty early and got around to writing some more fiction. Hurray!

Then I remembered that I had forgotten to specify which lecture and workshop I wanted as a reward for the „Year of the Cat“-Kickstarter hitting its stretch goals so I did that. I really love it that Dean Wesley Smith answers each email himself. I think I got part of someone else’s reply, though, because he was writing about things that had nothing to do with my email. Which just comes to show that the best of us get a little fuzzy at the moment. As always he was rather nice and pointed out to me that the workshop I chose won’t make much sense for me because it builds on one I haven’t taken yet but I decided to take that chance. Worst case I’ll take the other one once I have money tp spend again, best case is that I will get quite a bit out of the one I chose anyway.

Never mind that I am accumulating online writing workshops at an alarming rate while not actually working on them at the moment. Same as with unread books, maybe.

Since I didn’t spin at all the day before I decided to be good and do my fifteen minutes in the morning: 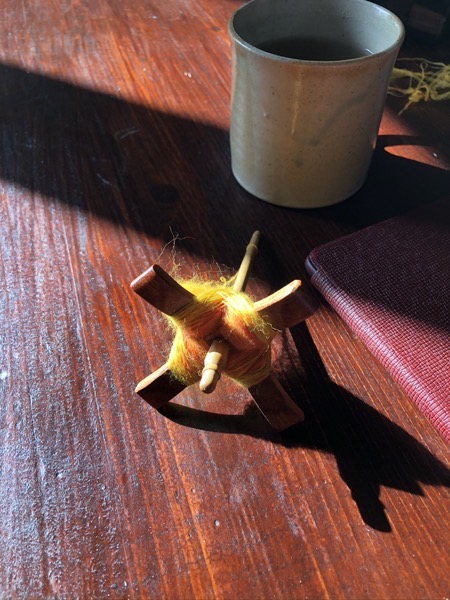 I guess that is my final post for Georg’s spinning challenge. I thought it would go on til today but I was wrong. At least I spun for fifteen minutes six times this week, not too bad.

The boy came down on time and we did our morning meeting. There wasn’t much to talk about but I still like that we are checking in with each other. Of course, in the evening it became clear that yesterday would have been the perfect day for me to help my husband repair the greenhouse but we both forgot.

There were dishes and helping the boy phrase an email to a teacher because he wasn’t sure what he was supposed to do. Then my walk/run: 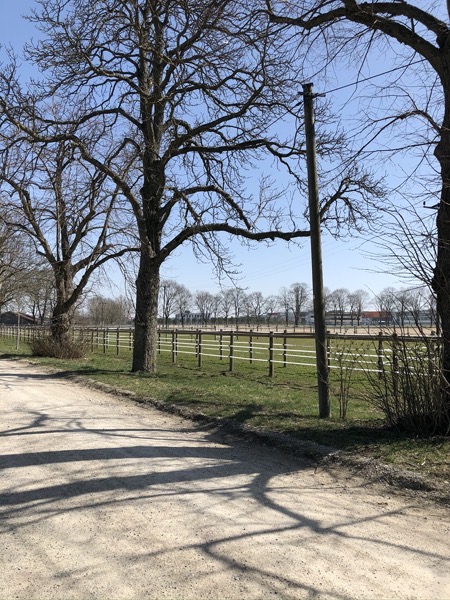 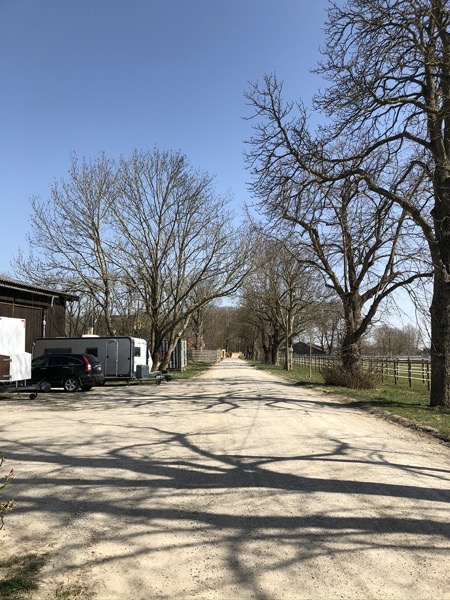 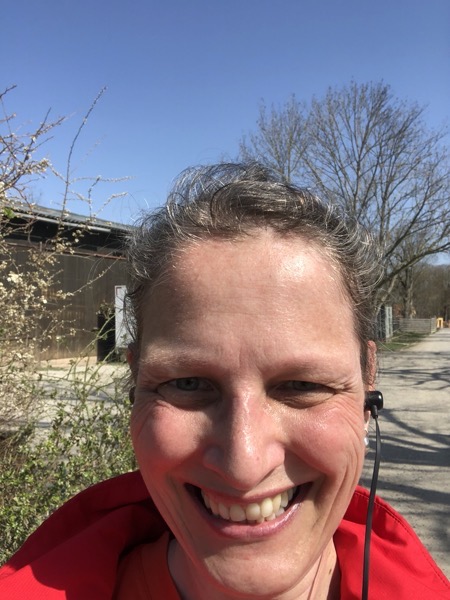 All the pictures were taken at halfway point. I did 8.11 kilometers at a pace of 8’22 per kilometer with five minutes warm-up and cool-down each and intervals of 2’30 of running and walking. I felt pretty good.

What you can’t see in these pictures is that it was totally crowded out there. With the lockdown there are a lot more people out in the woods and the fields than usual. Especially on a sunny and warm day like this. I totally expect those numbers to drop next week when we’re expecting cold and gray weather again. Keeping the appropriate distance was a little challenging at times.

When I came back home my mother had sent me a text and so I decide to call her right away instead of waiting for another day. Like my mother-in-law she harped on about how we should get money from the government to cover our losses. Which meant I had to explain for the third or fourth time this week that we haven’t really had any major losses yet. I can’t really tell the government that I want reimbursement for the two students who wanted to start lessons with me and can’t start right now, or for the two students who don’t want video lessons and decided to not come in for the next two weeks.That is within our normal student fluctuation.

Also, with a healthy emergency fond and no overhead to speak of we are doing quite well, all things considered.

I did help a little with making the chili my husband has been craving all week: 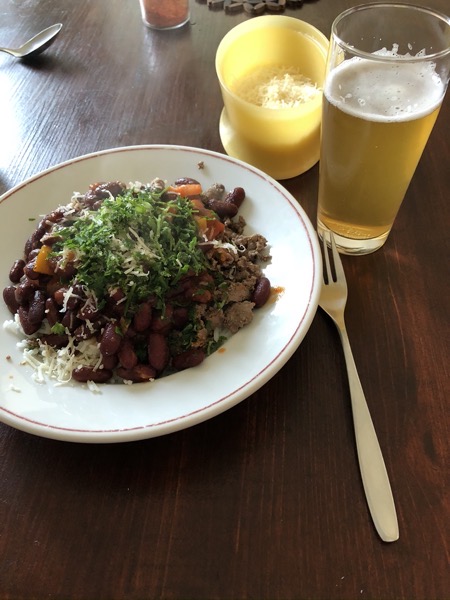 I couldn’t get dried beans so these are from a can but it was delicious as always. We all like the dried ones better and they are less heavy to carry as well.

After lunch I had big plans for preparing the podcast and such but fell down the rabbit hole of learning more about online teaching and found myself watching videos on Youtube for an hour or two: 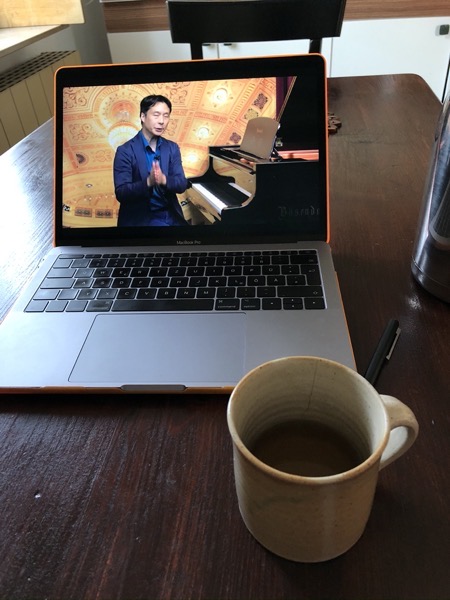 I almost ordered a thingy to connect my USB microphone to my iPad but then thought better of it. There is no need to spend a lot of money right now. The setup I have does work and is easy to use so I’ll stick to that for the time being.

So I didn’t prepare the podcast episode. And didn’t do much else.

The boy and I started watching our movie of the day early. He had chosen quite a few movies he wanted to watch with me and so it was my time to watch „The Martian“ for the first time ever. I’d say not a bad movie at all but – of course – not as good as the book. Which is my usual verdict.I read the book years ago and really loved it but had forgotten quite a few details. It wasn’t as earth-shattering for me as for the boy but then I have been reading science fiction since 1982 or so. For him it must have been one of the first books in that genre ever.

After watching that movie my husband really wanted to talk and I folded the laundry while we did. We also had a longer conversation about our new way of teaching earlier.

Then I started writing this post while having a second beer, started preparing the podcast and went to bed. Since I finished „Blood and Ash“ by Deborah Wilde I started the second in the series that morning and was hooked again.

Today there will be yoga and finishing prep for the next podcast episode, recording the episode (I hope) and maybe a virtual knitting meeting with Eliandhra. Also, some ‚Star Trek:Voyager‘ in the evening. Only one beer and an early bedtime, I hope.