Woke up at 5.30 and didn’t get much done at first. I did meditate for five minutes and wrote rudimentary morning pages, though. This is what greeted me when I opened the curtains: 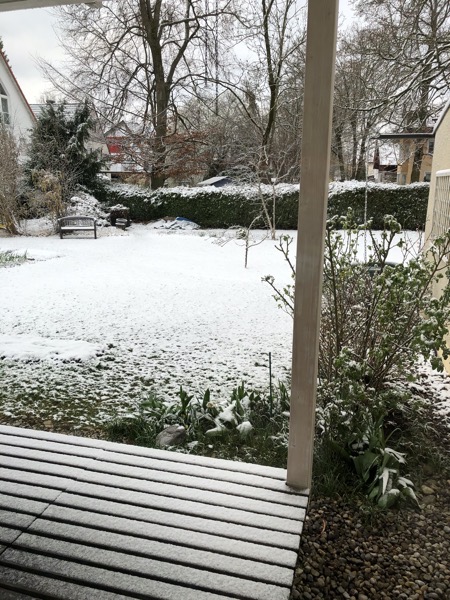 Then breakfast on time. My husband showed up at 8 and built a fire while I started a new bullet journal. It is unfortunate to start a new journal with only nine days left in the month but there was nothing I could do. I decided against migrating everything because it didn’t seem worth it which means I’ll have to carry two notebooks for the next week or so.

My husband had his breakfast and then the boy came down for the first ever daily family meeting. Well, more like a huddle. It was funny, my husband was just about to leave the kitchen, thermos and tea mug in hand when I told him we were about to start the meeting we agreed on the day before. Turned out he didn’t realize he was included.

I think it was a good thing to talk about what each of us wanted to do that day.

Then dishes. And some yoga: 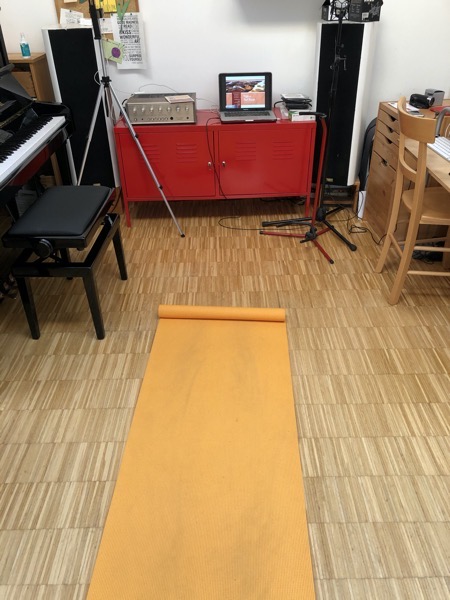 I’m stiff as a board right now but my hope is that yoga will make that better. It is physically impossible to sit on my heels at the moment so more yoga is clearly the answer.

Then I folded a lot of laundry and talked with my husband who still is having a hard time with the cooking. It ia a little puzzling to me how someone who has cooked every day for years now can still find it that overwhelming and confusing but, well, at least I am not doing it.

There was pancake soup: 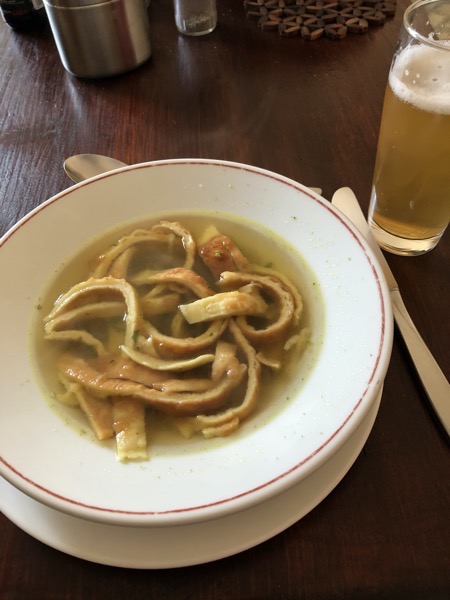 And homemade potato salad with Leberkäs. And eggs: 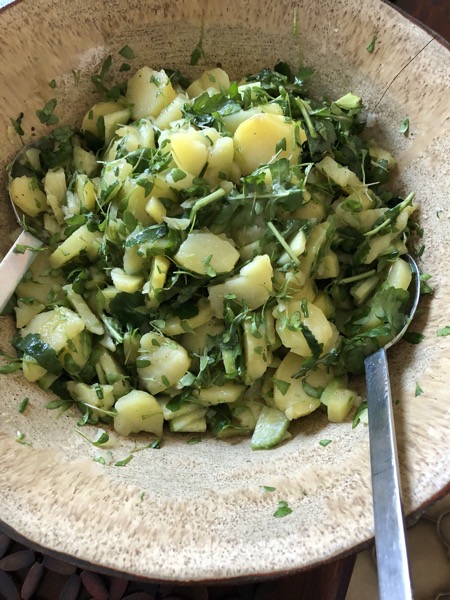 This potato salad is much greener than usual because we went a little overboard with the arugula, cress and cucumber.

I did the dishes right away with the boy’s help because I had scheduled a virtual knitting meeting at two.

Which I attended and we talked for more than two hours without realizing where the sun went.

After that I had a date with my husband to teach him how to use FaceTime and Skype for teaching. It went rather well. Only we found out that the spot he is sitting in usually had the worst lights in the whole house. He unearthed two lamps and in the end there was enough light to actually see what he was doing.

Then more laundry and the boy and I watched ‚Interstellar‘. Very good movie, I can heartily recommend, found it great.

Then off to bed way too late.

Today there will be running and email and two Skype-lessons.

No Tv today we decided to be sensible for once.