Not the most productive week I’ve had. But there were reasons.

The week started strong with two writing sessions on Monday, then started tapering off on Tuesday and went to a grinding halt by Friday. Three days of writing, 2,500 words in all. Harumph.

After writing last week’s review I realized that I was halfway through book six of the Winston brothers series without having read book 5. So of course I had to start that. And then all of a sudden I pivoted and pulled out the non-fiction again. First „Indestractable“ by Nir Eyal and then I switched to „Dear Writer, you have to quit“. Since reading those Winston brothers-books had made me lose whole days before I decided to stick to non-fiction until I was done with the day. Which meant I did not read any fiction for most of the week.

I ran on Monday and Wednesday but then got sick on Friday, hence no exercise for the rest of the week. And probably most of next week as well. Here you can see a bit of what the big storm did: 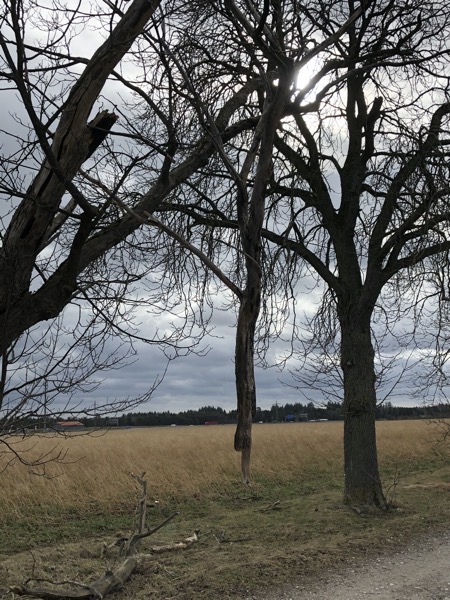 And this is a picture I took on Wednesday: 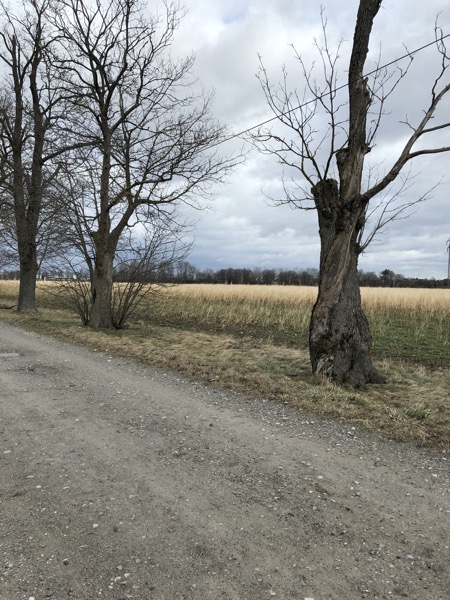 Not quite as much teaching as the weeks before but almost. Also, I received a phone call from a potential new piano student.

That was the bummer. For some time now I had been aware of a cold creeping up but thought I had it all under control. Until I woke up on Friday with a sore throat and my sinuses hurting. That evolved into me having almost no voice, my sinuses hurting even more and my left ear feeling wonky on Sunday. Yeah! Teaching the one singing student on Friday was already a little hard but teaching two today will be even harder. Wish me luck.

Not much else. The boy got his report card and everything looks pretty good. My husband had a friend over on Saturday and they were also rehearsing for the end of the month. On Sunday I had a virtual knitting meeting. Or rather crochet in my case. Only four more stripes to go on part 6 of my Dahlia blanket. Looks like I’ll be all up to date for Friday’s clue.

The podcast went out on time, I didn’t write the newsletter yet again. My author website was wonky and didn’t have an RSS feed but somehow I seem to have set that right. No idea which of the things I tried worked in the end.

The most important thing will be to return to normal health. I have two pretty insane teaching days on Monday and Wednesday, two regular ones on Tuesday and Thursday and a rather light one on Friday. And then it will be carnival break.

Only two more weeks until the performance/party. I should really start practicing. But not while sick. And that will be mostly it.