I’m still in that weird space where you don’t quite know which day of the week it is or what time. Not for much longer, though, regular teaching will resume tomorrow.

There was not a lot of writing over the holidays but at least there was some. I have not written every day but have almost reached the goals I’ve been setting for myself this week. I also keep reminding myself how happy the writing makes me when I do it. I think I’m about two thirds through the next novel, this one might not be overly long. At least I hope so.

I’ve been reading like crazy, found the „Knitting in the City“-series by Penny Reid and have been devouring her pretty long books. I’m currently a quarter in on book three but only bought book 1.5 this morning. Very enjoyable. Somehow I have not been reading as much non-fiction as I had planned. Funny how that goes.

There was running but nothing else. I have big plans of resuming bodyweight training at some point. I haven’t done any in weeks and have lost muscle for sure. After realizing that I can’t run for ten minutes without stopping I have now re-started Couch to 10K. Yeah! I’m up to 2 minutes of running followed by 3 minutes of walking and that gives me my normal ‚running‘ pace. Oops. 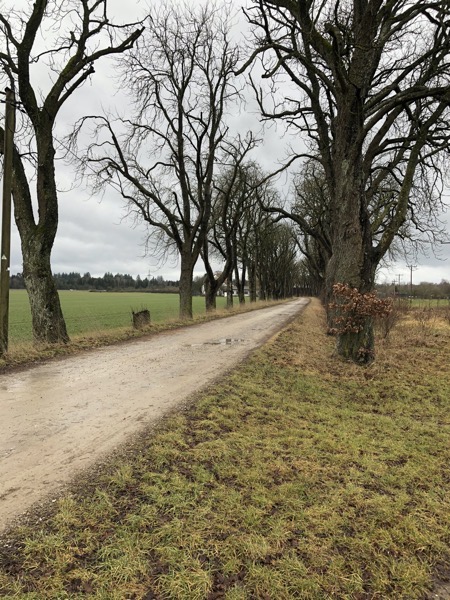 No teaching this week at all for a change. That was a rather nice break. I didn’t realize it at the time but I think there was only one year the whole year that I didn’t teach at least one student. I like teaching but sometimes it’s good to take a break.

Things are going well. My mother-in-law has had a nasty cold and the boy had a mild one but I have been blessedly cold-free. Yeah for running around outside all the time and washing my hands a lot. 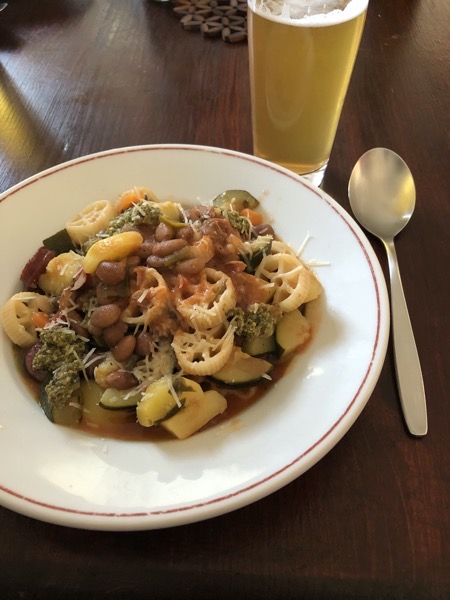 I started another crochet blanket: 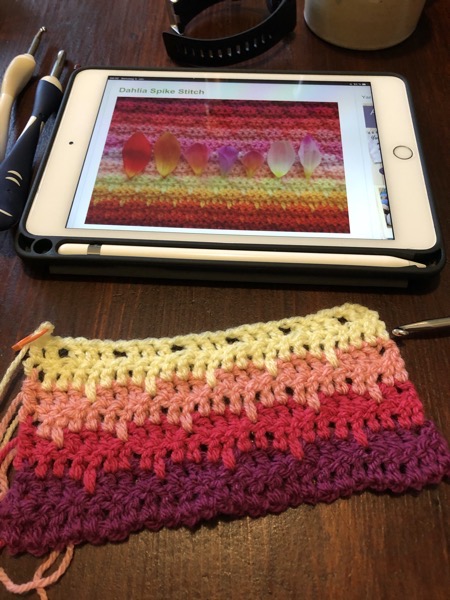 And then I sewed another t-shirt and just in time to wear it to my mother-in-law’s birthday party. Literally. I snipped the last thread ten minutes before heading out. I did take a picture for you, though, and documented my afternoon over on Instagram: 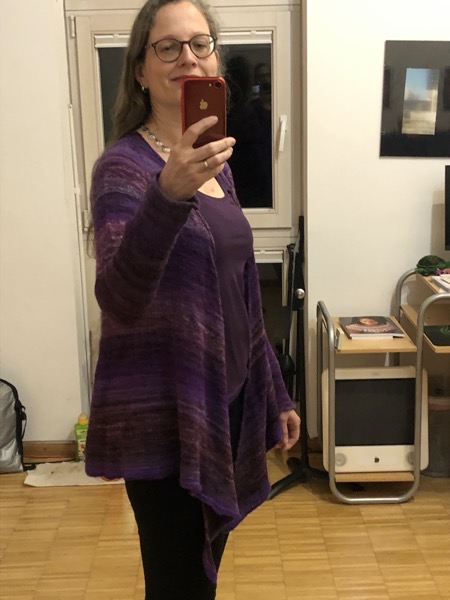 I get another day off today and then it’s back into the mines, including two new students. I haven’t planned my week yet but there will be running (and walking), errands and shopping and crochet and the cleaning of the house and I’ll finally start practicing for the thing we’ll be doing at the end of February.