Almost the end of the year. And the decade. The week was slightly exhausting again. I wasn’t the only one either, the students felt like wilting flowers as well.

The first few days I was elated because I actually did make my writing a priority and managed 1,400 words most days and 700 on Tuesday. But then I slacked off, didn’t write anything at all on Friday and Saturday and only very few words on Sunday. I’m not happy. Again.

I only did the bare minimum of running, only three days. 5K on Monday: 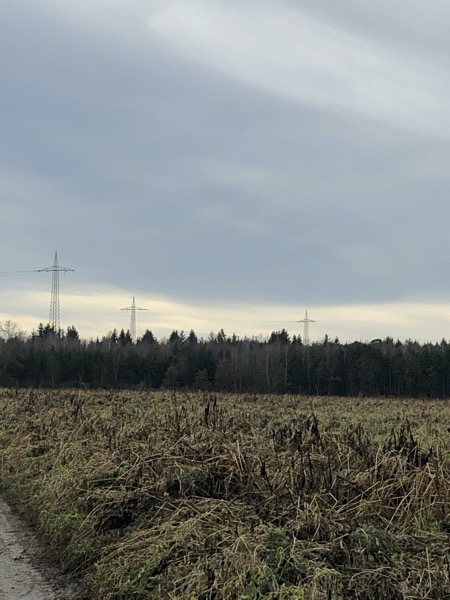 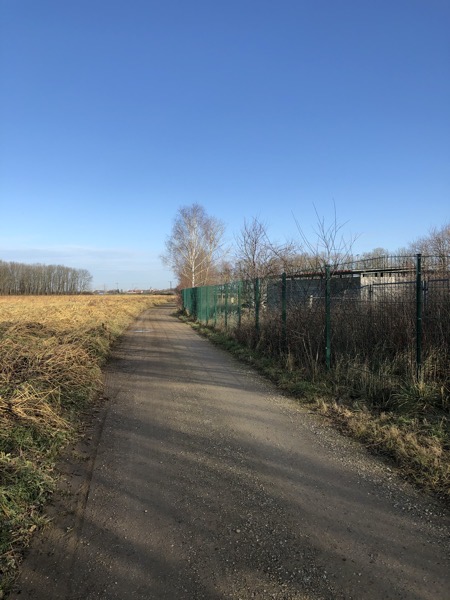 I got lucky because the train was already through when I reached that crossing. Sometimes you have to wait quite a bit. 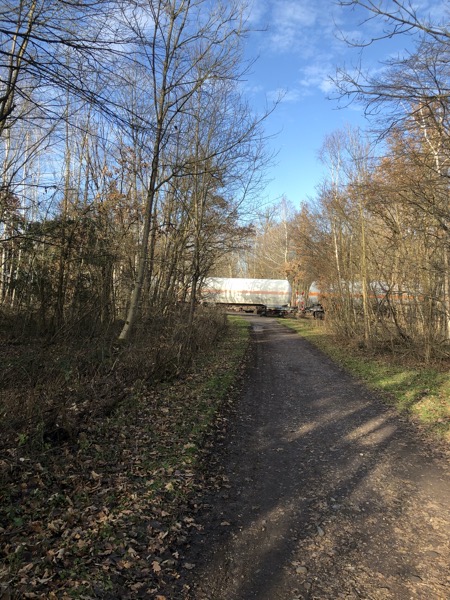 And 13K on Saturday: 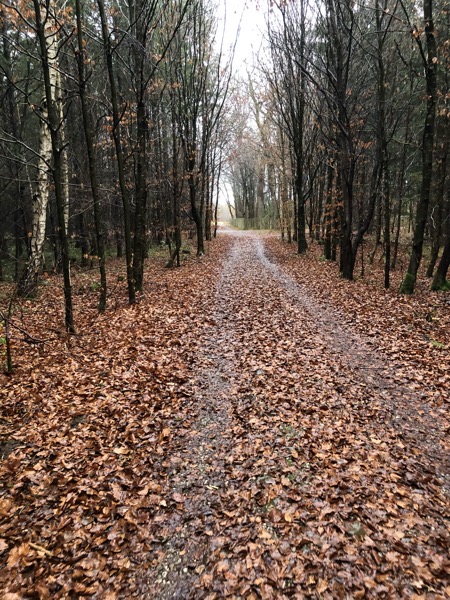 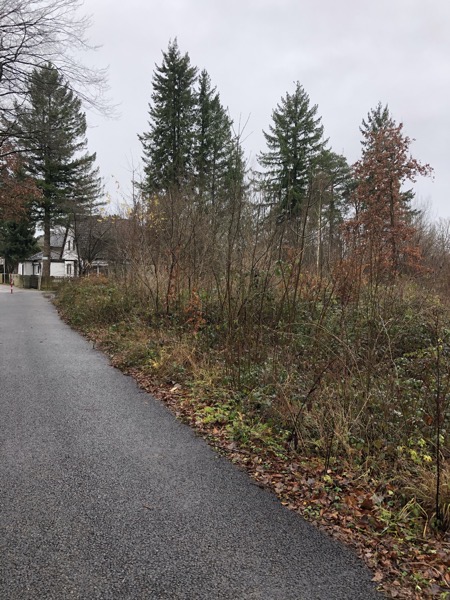 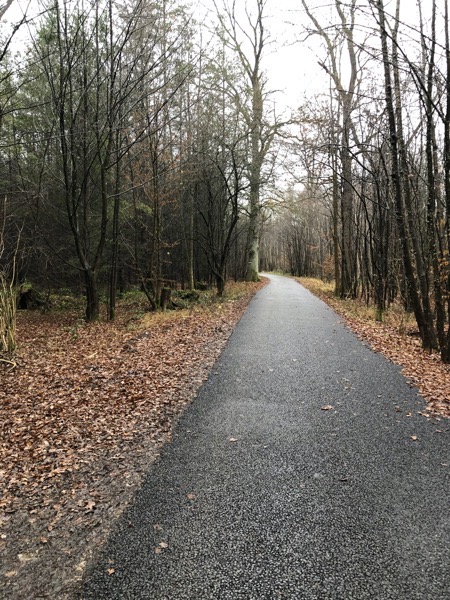 There was a lot of walking on all runs, especially the 13K one. But I did it anyway. On Saturday it was raining as well.

Lots of teaching again. The one tryout lesson was canceled. I’m getting used to the longer hours but it is pretty exhausting still.

Everything is fine. There were times when I had a bit of sniffle but it never morphed into anything serious. I didn’t get enough sleep again but the daily naps seem to help with energy levels.

The boy turned 17! Such a grown-up! We had our traditional cake for breakfast again: 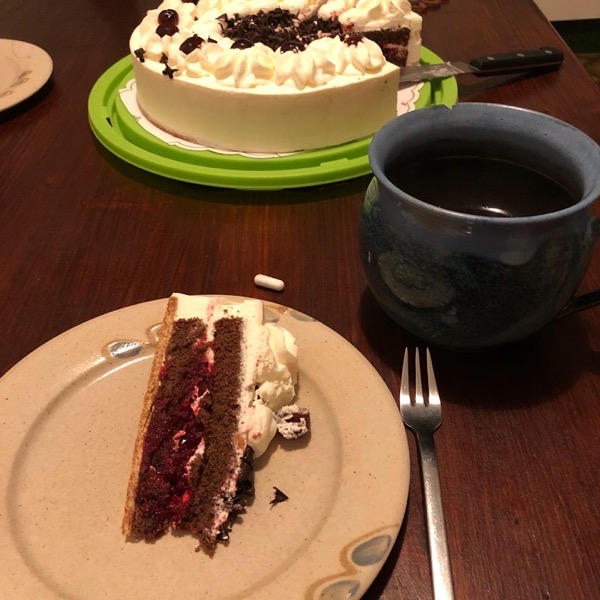 And went out to the new Indian place for lunch: 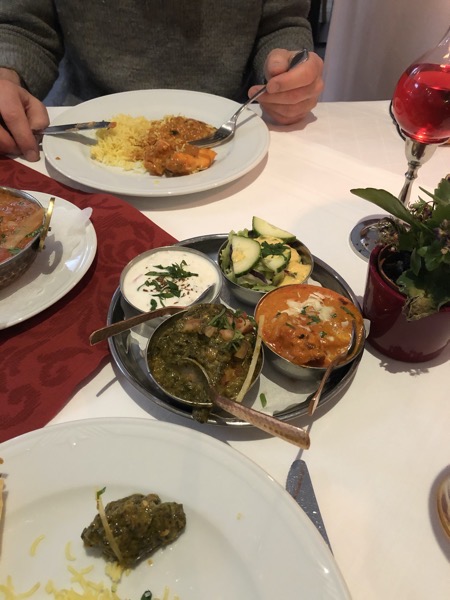 In the evening the boy and I watched some ‘Star Trek: Discovery‘ and had ice cream and potato chips. That day was rather nice but it also threw me off my routine a bit. I have to say that Wednesday felt like it was Monday and I was just coming out the weekend.

Those celebrations on Tuesday also meant that I couldn’t run my usual errands that day and that made the rest of the week a little more hectic. And then we got notice that my husband’s old band mates would be in town and ready to rehearse for the upcoming concert on Friday. Which in turn threw off the rest of the week. Hence the not-writing.

They are rather nice and rehearsals are going well but instead of the cozy weekend with just the three of us we’ve been having comings and goings. I will be doing some percussion with them but I didn’t rehearse this time, adding a little cowbell and guiro to the whole thing won’t be a big deal. I hope.

The week was so filled with things that I barely managed to get the podcast ready and then I did publish it on time but forgot to tell the world about it. Even though it was right there in my notebook. Oops.

I had plans to finally wrangle the teaching website into submission but that is looking unlikely. I still haven’t written the December newsletter. But I am hoping there will be some peace and quiet and time for things like sewing and website-wrangling.

The boy has to read „Faust“ for school and was slightly desperate because it is hard to understand and so we started reading it together, aloud. I always find that drama works better read aloud because that’s what it is written for. Last time I read that was in 1985. My German teacher refused to read it with us because that was what everybody did, and so I read it on my own, in protest. Of course.

I hope you all have peaceful and relaxing holidays. That you get some time for contemplation and for setting intentions for the upcoming year. I’d like to sit down and look back on the past year and get an inkling on what the next year will likely have in stock. It looks like the first quarter is already packed.

Well, nothing new then.