Yeah, life was a little crazy these past two weeks which is why there was no proper weekly review last week. Nothing major happened, though, so that was good.

The main thing of note is that the third in the Eva Mandel-trilogy was finished. I still need to go through all of the novels again, of course, and there is still quite a bit to do before I can publish them but at least that story, the one that I started in February 2018 has been written down. 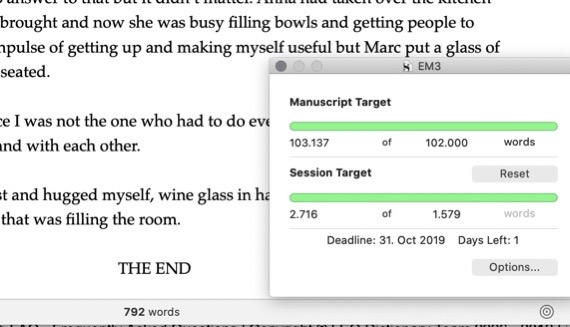 The plan was to start the next novel right away but it turned out I needed a day off. So far the writing on the new story is going slow as molasses. I remember that it was the same the last time I tried writing that same story so I have hoped it will speed up eventually. The new main character is a nice change from the last one. After spending almost two years in the head of the same protagonist I was getting a little tired of it.

The running continues to go well. I’m still not running all through but I’m getting better. The colder weather makes running much easier for me. 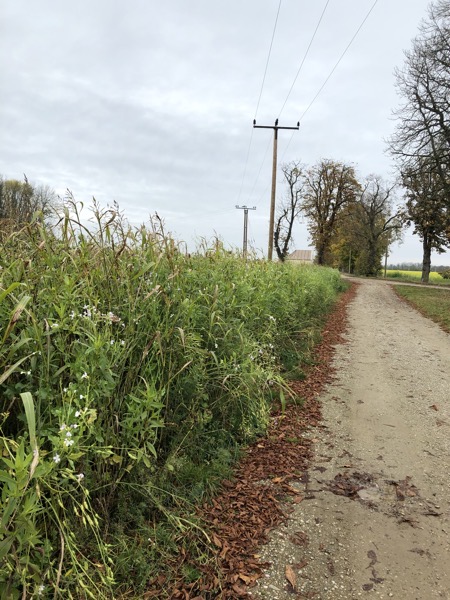 I went running three times per week as I had planned. I even moved one of my Saturday runs to Friday because I knew I wouldn’t have time on Saturday. 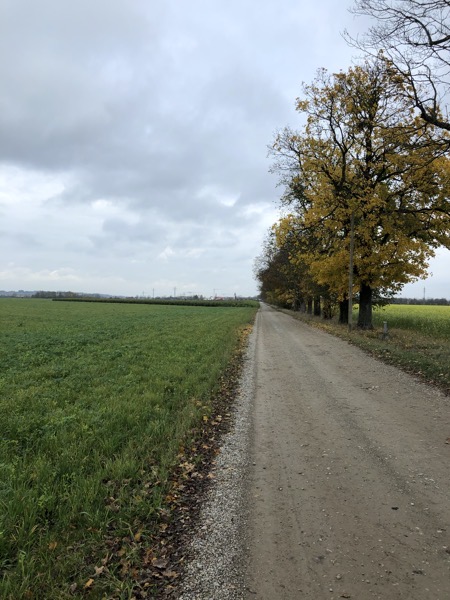 Bodyweight training went not as well as I wanted but at least I did it once a week. No stretching, no yoga. Also, no pain so I’m good.

I did not have fall break off completely, I ended up with three teaching days that week. Not as many students as usual but more than I would have liked. I felt as if I could really use a full week off work. Since I also like earning money I compromised. I do have two more singing students which is great. My schedule is almost full by now and I’m happy with that. I’m finding that three singing students on the same day saps my energy, one or two is much better but it looks as if I will be able to change students around in a way that spreads them out more evenly. Piano, guitar and ukulele are less taxing so I’m trying to mix instruments up.

I’m doing fine but I didn’t get enough sleep. Often when I’m ready to turn out the lights it is my husband’s first chance to play drums or guitar in the day and so I have to stay up a little longer while he plays. Drumming next to the bedroom is not recommended while falling asleep. We did talk about the whole thing, though, and last week he started practicing drums in the mornings which is much better. For him as well as me. Because when he is teaching late the last thing he wants to do after that is practicing.
The new schedule is making our mornings more crammed but we’re working on that.

So the week off was not as open and free as we had thought it would be but then that’s what always happens. My husband had a friend visiting one day and I spent another day in Munich walking from yarn shop to café to yarn shop with Laura from the Wollkanal-Podcast. I had a great time and bought a skein of sock yarn. And came home with some spinning fiber as well: 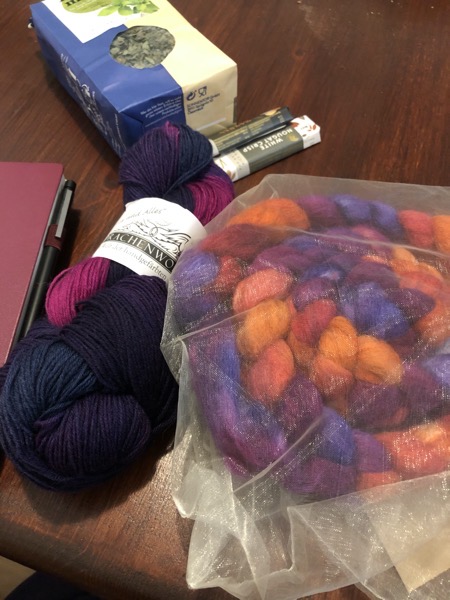 I finished a pair of socks: 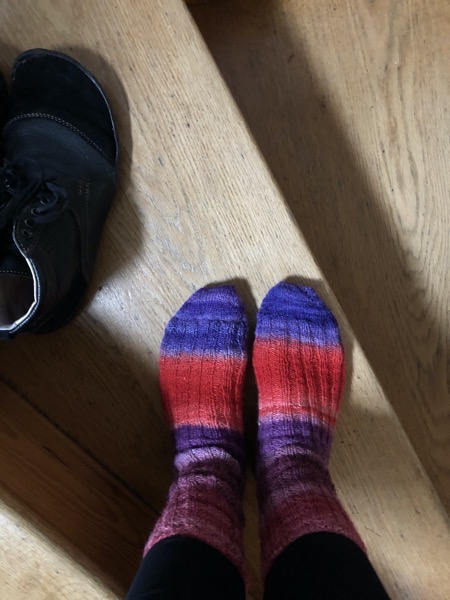 I started knitting a sweater for my husband and am already at the point where I’m running out of yarn not quite halfway in. On the next picture you can see the beginning of the first sleeve: 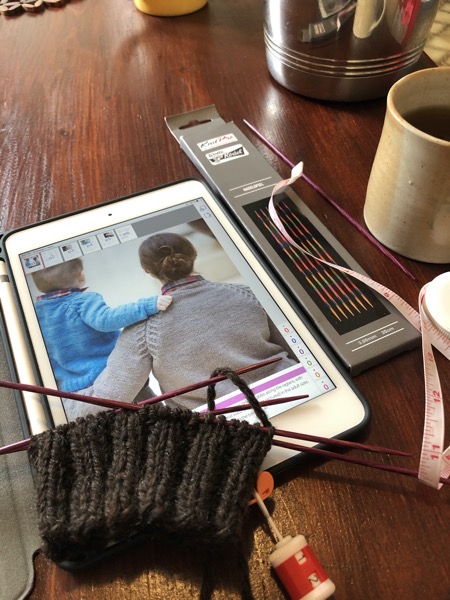 Since then I have finished both sleeves up to the underarm and not quite half of the body bottom-up. So it’s time to spin some more yarn.

On Tuesday we had a surprise visit. Each fall the town we live in sends two guys with a big machine round that cut your twigs and such down so you can use them as mulch. You sign up, then you get a letter with the date they will show up, they chop your twigs up, you pay a small fee and everything is fine.

Well, this year something went wrong with the letters. The doorbell rang and there they were. We hadn’t heard anything beforehand. Afterwards I found the letter in the mailbox. Twice. No idea why. All our twigs and cuttings were still buried deep beneath cut grass and leaves in the back of the garden and my husband hadn’t cut the trees and bushes yet. The guys were nice about it (well, it wasn’t our fault), went away and returned two hours later. In those two hours we scrambled to pull everything out and carry it in front of the garage. Not quite what we had expected to do that day. That had been the morning I had planned to finally finish the novel, of course. But I rallied and finished it that night.

My main focus will be on writing again. If I manage 2,200 words per day I can still ‚win‘ NaNoWriMo. That means I need to aim for something between 1 1/2 and 2 hours of writing each and every day. That will be challenging. Especially since we’re invited to a big birthday party next Saturday that involves a 1 1/2 hour train and bus ride each way. Since these days I am toast by 9 pm that whole thing will be, um, interesting. Especially with the train ride and such tacked on at the end. I am looking forward to it nonetheless.