There was a lot of teaching. I did record the podcast on Monday and then had technical problems with iMovie that had me occupied until Wednesday evening. It took a lot of googling and trying things out to get the podcast ready.

I also tried installing a software update on my ebook reader for days. It should have been installed automatically but didn’t for days and every attempt at doing it manually failed. In the end it was probably due to weak wifi. I’m not sure, though.

My husband worked on our kitchen table for several days, sanding it and painting it. It took several coats of paint and we found that the nights are already cool enough to leave the table – that was sitting outside on the porch – completely drenched in dew in the morning.

Running went pretty good, I reached the point in the Couch to 10K-program where I was supposed to run for 45 consecutive minutes. Not that I actually did but I came pretty close. 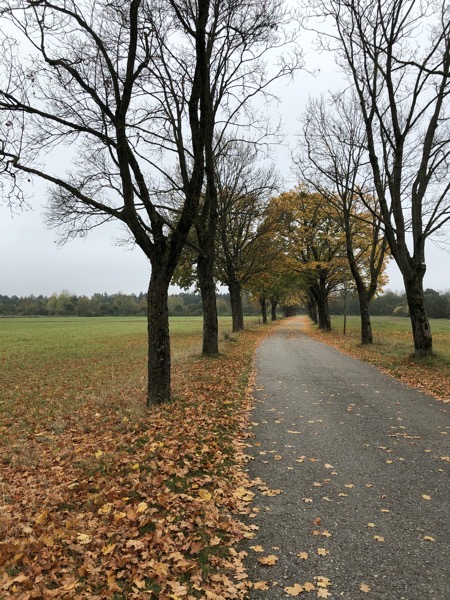 The weather was warm and gorgeous. 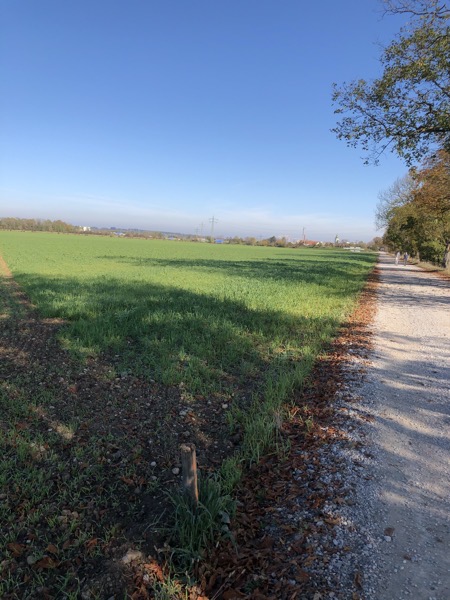 Since the boy had a lunch date with my mother-in-law on Friday my husband and I decided to go out as well: 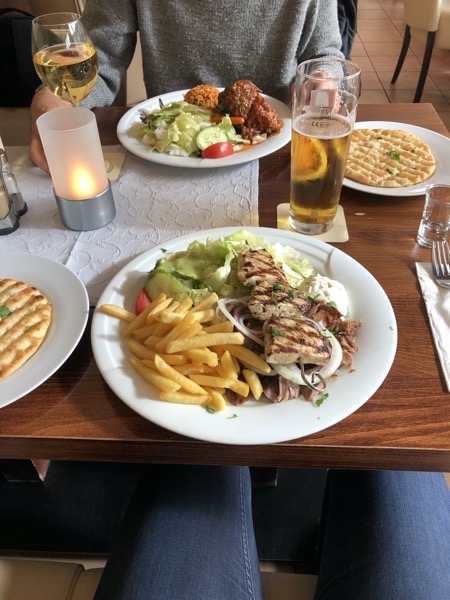 We had a very nice lunch with interesting conversation.

I finished a sock and started the second one, I didn’t write quite as much as I had hoped but enough to finish the current novel before November.

All three of us were exhausted by the end of the week and are looking forward to a week off. Well, mostly off. I still have three days of light teaching, want to make progress on that teaching website and will start NaNoWriMo on Friday.

Sunday afternoon was a special highlight, my husband and I went to the local museum. It’s tiny, just one room with a few artifacts that were found around town. It was pretty interesting and completely empty. The guy manning the counter seemed happy to have company and gave us a private tour.

They even had a replica of a warp-weighted loom that looked pretty authentic and had properly labeled warp and spindle weights. With a replica spindle completely with thread and something that looked like flax or hemp.

We bought a book and an amulet as a birthday present for a friend. 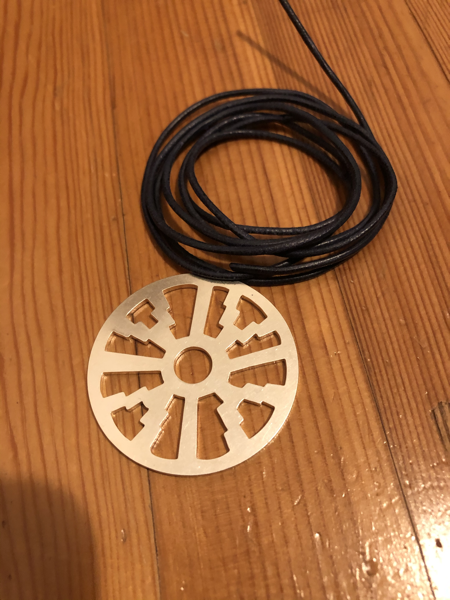 She grew up in our town, doesn’t live here anymore and we were looking for something special for her. Which was the main reason for our museum visit but it was nice to start fall break with doing something touristy in our hometown.

Now, the upcoming week is not looking as open as I thought it would but then they never do.