I didn’t really sleep well and managed to veer off my morning routine again after ‚meditate for five minutes‘. I did make breakfast at a reasonable time and finished reading „The Accidentals“ some time after lunch.

The rest of the morning went quite well with a conversation with my husband, doing lots of dishes and some stretching. Then we made lunch: 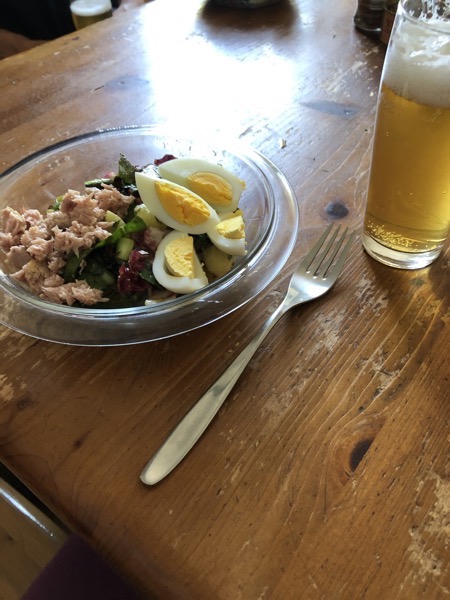 The boy had been considerate enough to text me mid-morning to say that he was still alive and that all was well. And another text when he was on his way home.

He arrived just as we were done with eating lunch, tired, exhausted and hungry and we talked a bit while he was having his lunch.

About half an hour later he came downstairs again because the toilet in his bathroom upstairs was misbehaving. I fetched a screwdriver and took the flushing mechanism halfway apart. Now if it doesn’t stop on its own you can jiggle it. It’s only a temporary stop-gap, though. I need to do additional research for that.

Then I finished reading the novel, set up my journal for the upcoming month and week, spent too much time online, started writing this post, decided to not do strength training because of the dunnwannas and read some more before it was time to watch some Star Trek.

Here are some pictures of my journal to make it seem like I was productive. Also I like to challenge people’s believes about how a bullet journal should look. I do like colorful ink but I only used two colors because I ran out of turquoise and was too lazy to refill the pen. Today’s list and the habit tracker: 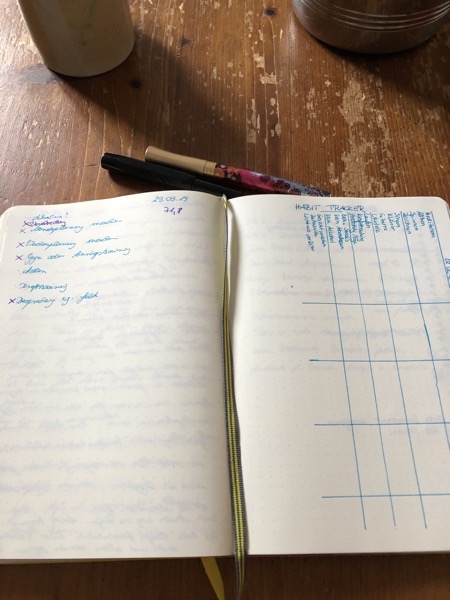 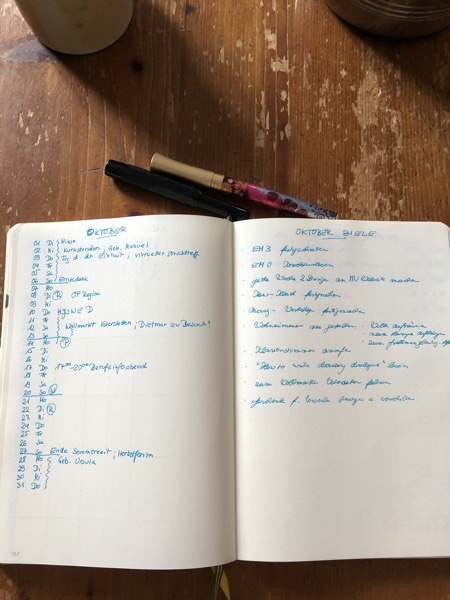 Keeping track of all the books I read and buy: 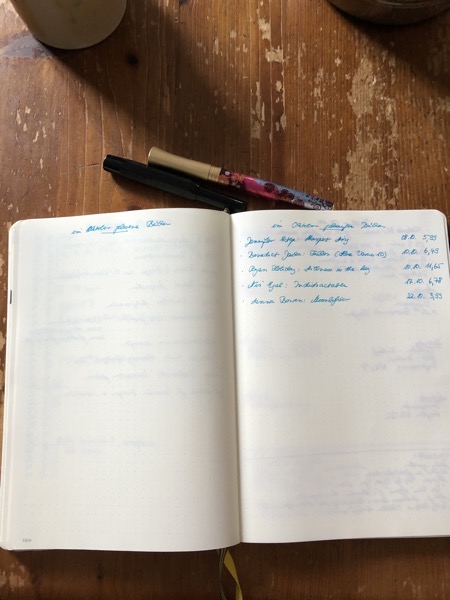 Weekly spread with tasks I want to accomplish some time during the week at the top, a spread that assigns stuff to certain days, a list of things to do for teaching and another one that’s ongoing and not urgent. The days mainly have my planned exercise, grocery shopping and cleaning on them. Yes, I write that down every week even though it doesn’t change much. Because otherwise I tend to forget. Since Thursday will be a public holiday I will need to do all the grocery shopping on one day next week: 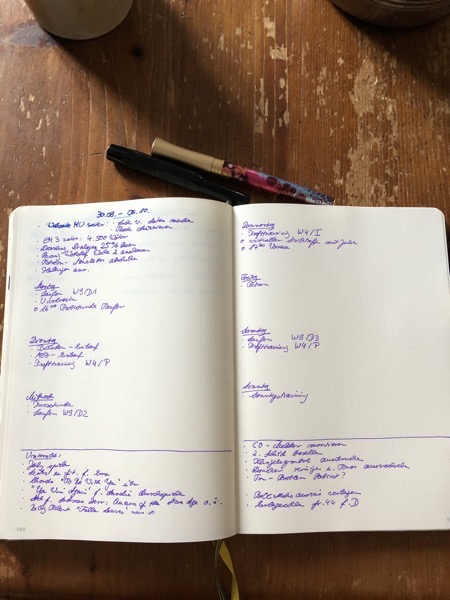 And I even managed to get to bed on time!

Today will be all the typical Monday things, including some running, a potential new student and half of my regular lessons. Since I’m ever the optimist I have been planning to get all the things done as well. Fun!