My morning went pretty well up until 6.15 or so when I opened the novel and fond that writing was not going to happen. My brain seemed to be still asleep. And the rest of me wanted to go into hibernation as well.

I did get out of bed on time and made breakfast, the boy showed up looking remarkably tired and glassy-eyes, seemed he had studied for his PE test instead of going to bed. Bad choice.

My husband was feeling all tired as well, maybe it’s the weather.

We did go off to run and I actually did run, mostly, the first half of the way but then my willpower was depleted and it was more of a stumble and walk. I’m now doing intervals of 10 minutes of running followed by 1 minute of walking. Since someone asked in the comments, today’s run was:

I tend to check my phone more and more often the longer I’m out and past the halfway point I often give up on trying to run completely. But I’m getting better. But I just saw that from here on it will be basically all running all the time so I might have to repeat the last two weeks or something.

Here are picture I took. In the rain: 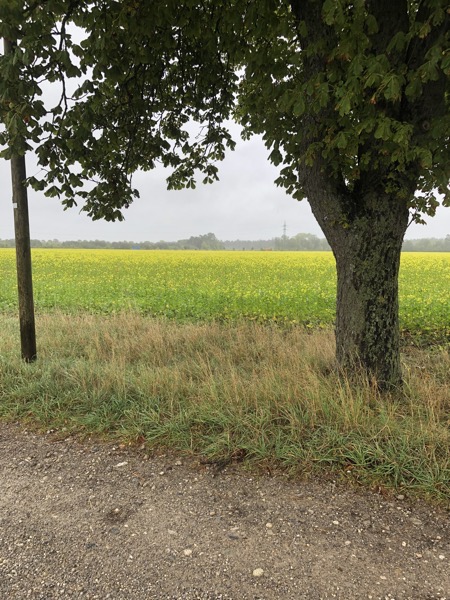 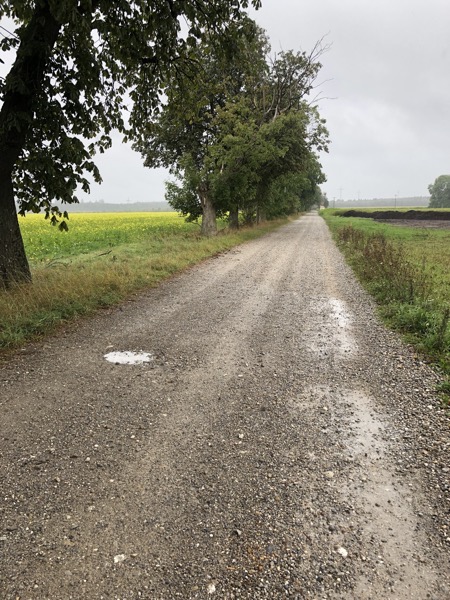 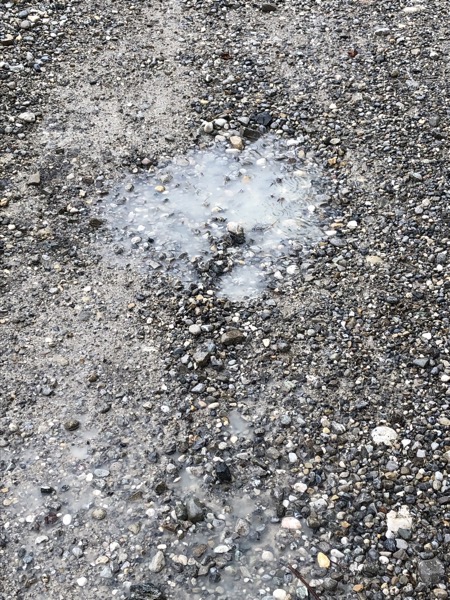 When I was coming home I was dripping everywhere. I undressed in the bathroom and hung everything on the rack above the bathtub. 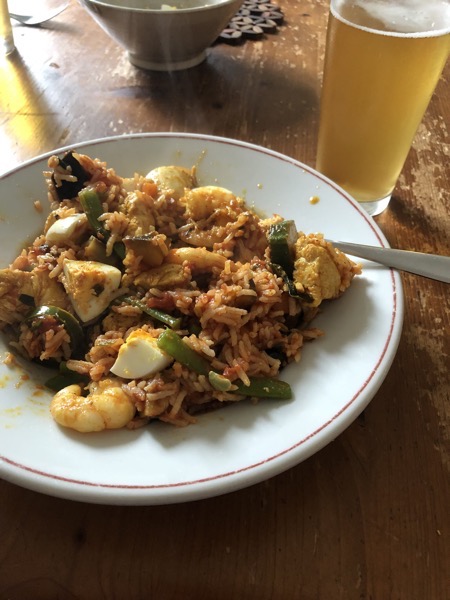 Something paella-like, started because we had a lot of leftover rice. It was very good.

I did the dishes, then sat around reading. I started another novel yesterday after having finished „Three Alarm Fury“ which was, um, nice. I’m still on an Alexis Hall kick and started „Looking for Group“. I like it very much. It is about two guys meeting through online gaming and falling for each other. Which is not something I have read before. I have to look up stuff constantly because I don’t know any of the gamer acronyms. I asked the boy constantly at breakfast but he didn’t know them all either. Urban dictionary is my friend.

I then decided that I really needed some chocolate and braved the drizzle to buy chocolate bars at the nearby supermarket. As you can tell the „no sugar“-thing is going swell. It did help to lift the brain fog a little, at least. I think I need to buy dark chocolate again.

And that just shows how much better it is to call someone on the phone because it’s so much faster. Not.

And then there was the teaching. Still with the headache that’s due from having tension in the neck and shoulders. I started this post, finally did a few stretching exercises for my headache and for my knees, brushed my teeth, got ready for bed, opened the novel again, stared at it and went to bed.

Today will be errands and the health food store and then teaching. Strength training in the evening. I should stretch after strength training to avoid getting another headache. Oh, and I should definitely send my father’s birthday present off so that there is a faint chance of him getting it on his actual birthday.

That’s just so totally me, having the present planned for weeks, ordering it in time and then not getting it out the door.