I still haven’t completely arrived in the new school year. Lots of potential new students (which is good) and re-scheduling.

I woke up fifteen minutes before the alarm, well rested. Yay! Still did diverge from my morning routine right away which meant – no words on the novel yet again. I’m being tiresome again.

I did get up on time, made breakfast and read a little. I found out that I had confused the right and wrong sides of the crochet blanket and had managed to crochet the first parts of the border wrong side up. After my husband was finished with his breakfast I was at the exact same point as the day before including finishing the second long side, ripping it back, re-crocheting it and then ripping back the first long side. Well, more crochet time on this project.

Then we found that we didn’t have enough rice left for lunch so I went to the health food store and bought some. Did the dishes and such when I came back. And then I went running. I’m doing intervals of 7 minutes of running and 2 minutes of walking and this time I did almost all the running. It did feel doable not only because I was rather determined but also because it was much cooler and I was pretty early. 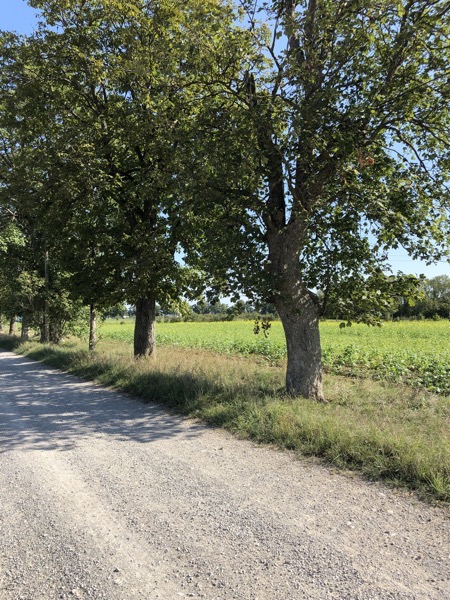 I have to say that while I was walking along that road I was passed by one tractor, one digger and four cars. Also numerous people walking with and without dogs. Mind you, the road is closed for cars. 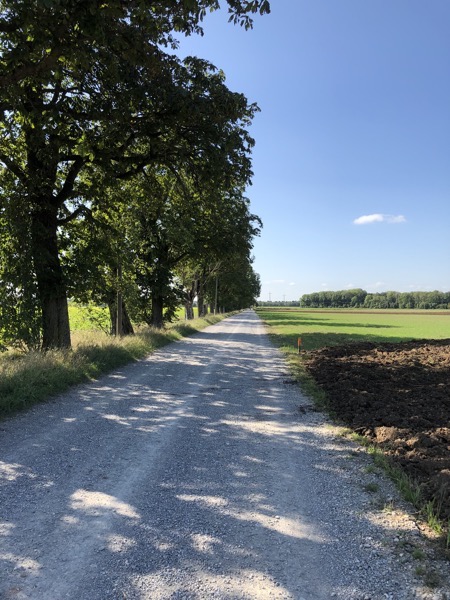 Then back home and I actually did my knee exercises right away. Part of me thought, „Oh, I’ll just do them tonight,“ as always but my inner parent stepped in and told me to do it right away. Because we all know that tonight they wouldn’t have happened.

Then I helped preparing lunch, took a shower and got dressed for teaching and then I sat down to lunch with my family: 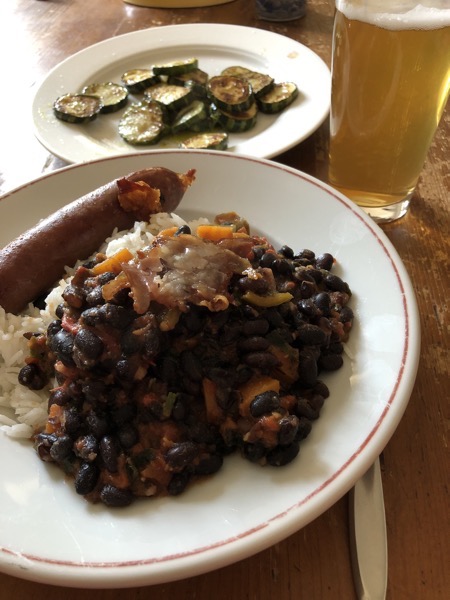 Did the dishes right away, spent some time online and then started a full day of teaching. I saw another potential new student who is the mother of two former students of mine. We’ve known each other since our children were toddlers but hadn’t met for seven years. That was nice.

And the last student of the day is another new-ish one. She is about my age and a complete self-starter. She has been learning piano with the help of the internet. She plays really well for someone who only started a few months ago. The fun thing with her is that she basically teaches herself but then comes to me with all her questions. I’m really enjoying this kind of lesson where we hop from piece to piece and topic to topic. „Ask me anything“ on a professional basis. She even has a little notebook where she jots down her questions.

Afterwards I was completely done. Empty and exhausted. And still hadn’t written. And had loads on my list.

So I starte this post, did one other thing on the list, decided to skip practice and got ready for bed.

Today there will only be two students, both singing students. I’m not quite sure if I should record the next podcast episode today. If I do I need to prep for it beforehand. I will definitely go grocery shopping in the morning and I’d like to do strength training in the evening but that will mostly be it.

I seem to have less time to work on my project than I think I have. I might have to change things up a little.